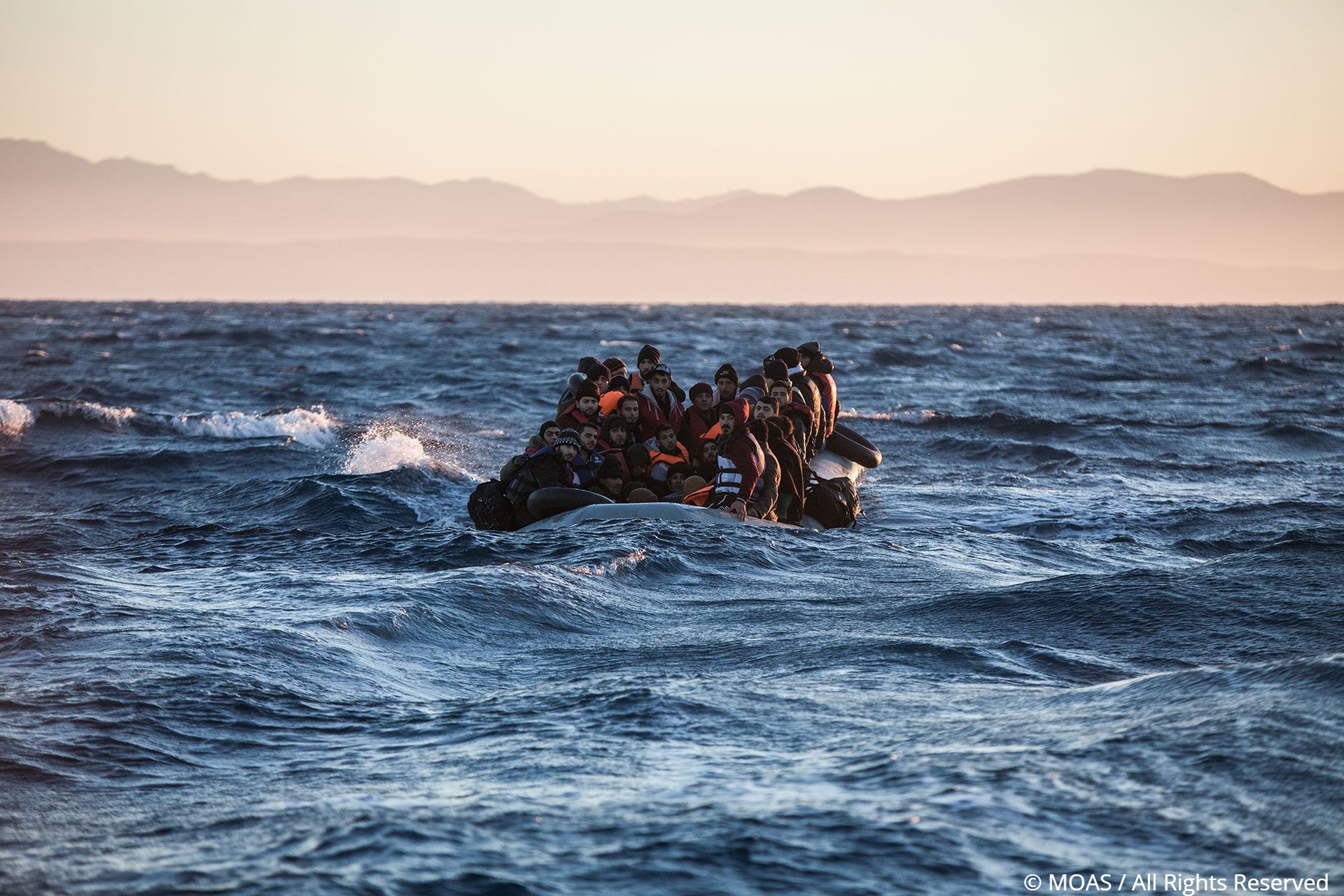 On World Refugee Day 2020 I would like to highlight Noura’s story which is very close to my heart.

Noura is a 30-year-old Syrian woman who until January 5th 2015, lived a normal life with her family in a town close to Damascus, where she taught English until the war disrupted her life and forced her to abandon everything she had. From then on, Noura became part of a community of refugees, who had similarly been forced to flee as a devastating consequence of the civil war. On that day, Noura saw her home and loved ones for the last time and left Damascus with her father, mother and sister-in-law in search of safety, with the hope of reaching her brother in Germany. Following a bus trip towards Lebanon, and a flight to Turkey, the family faced the perilous crossing of the Mediterranean in a vessel run by traffickers, where she put her life at risk in the hope of reaching safety. Yet, Noura and her family were saved by the MOAS crew during one of our SAR missions in the Aegean Sea, and were able to reach Greece. After months of travelling, in February 2016, the family finally managed to reunite at Saarbrücken train station in Germany. Although Noura will always carry the trauma of this experience with her, she has since obtained asylum and started to slowly rebuild her life and has began studying at university.

Today Noura can finally live a “normal” life, away from constant bombing and violence.

In 2019, 79.5 million people were forced to leave their homes and families and flee their country, 26 million of them are refugees, of which more than half are minors, and since the start of the decade, this number has increased year after year.

68% of refugees worldwide come from just five countries: Syria (6.6 million), Venezuela (3.7 million), Afghanistan (2.7 million), South Sudan (2.3 million) and Myanmar (1.1 million). War is the common factor that connects these countries, from the Syrian conflict which has been devastating its population since 2011, the civil war in South Sudan which broke out in 2013, and the war in Afghanistan which was declared since 2001.

Lest we forget other conflict zones from Yemen to Libya and what was the result of these protracted conflicts? An immeasurable amount of destruction and loss of life.

Thanks to the acknowledgement of the refugee status, as part of the 1951 Geneva Convention, and to the 55/76 resolution for the establishment of World Refugee Day, on 20th June, the entire world will focus its attention on those who find themselves facing such challenging situations.

And yet, the introspective attitude and indifference from many national governments towards this crisis seemingly prioritises the protection of state borders over the dignity of human lives. Despite numerous resolutions and international agreements, today refugees continue to make perilous journeys on routes where they are at the mercy of traffickers, and where they endanger their own lives in the hope of a brighter future.

The majority of refugees are internally displaced persons (IDP), who move across their own country, and a large number of them find hospitality in neighbouring countries. Turkey, Colombia, Pakistan and Uganda are some of the nations hosting the highest numbers of refugees in the world.

In comparison Europe hosts a significantly smaller percentage of the global refugee population.

However, now with the onset of the coronavirus pandemic alongside a multitude of other complex factors, projections point towards an increase in the number of people being forced to abandon their territories, which will likely result in more people attempting to take this dangerous migration route across the Mediterranean into Europe.

Today, as we raise awareness on issues of displacement worldwide, we demand the implementation of safe and legal entry channels for refugees. Humanitarian visas, medical visas, work and study visas, private sponsorships, humanitarian corridors, and family reunification: #SafeandLegalRoutes that would allow vulnerable people and refugees to safely reach host countries. No one should risk their lives while searching for safety. No young women like Noura, and no innocent victims of the cruelty of war should be forced to put their lives in the hands of human traffickers for the fundamental right to life.

This year’s Refugee Day has arrived after months of lockdown and the loss of over 400,000 lives, around the world, has made us all contemplate how volatile our lives can be and how quickly our comfortable daily routines can be disrupted, just like Noura.

However, what this pandemic has also demonstrated, especially in refugee camps worldwide, is just how crucial international solidarity across borders is for our survival. As when we choose to cooperate with one another instead of facing inwards we can have a greater, more positive global impact.