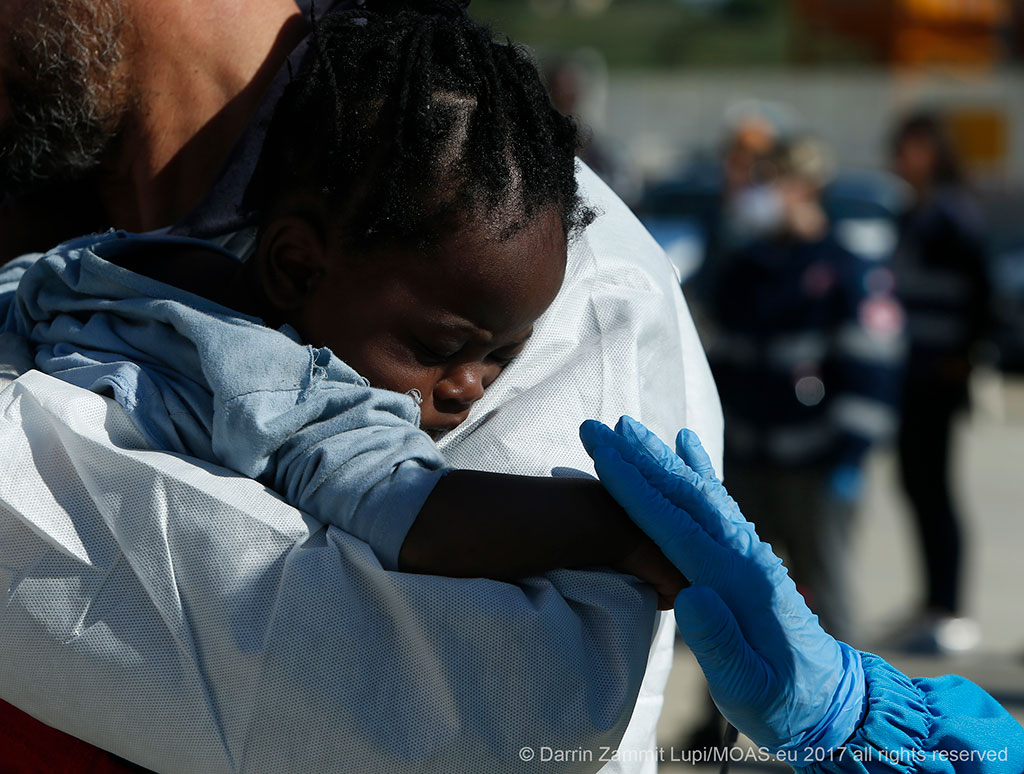 Posted at 14:33h in blog by admin
Reading Time: 4 minutes

I have just returned after being on board the Phoenix since April 12th and taking part in the SAR activities carried out by our team. Even though it is our fourth season in the Central Mediterranean since MOAS’ inception in 2014 and I have participated in many rescue missions, during the Easter weekend I witnessed something unprecedented even for the those who have been dealing with migration for a long time. 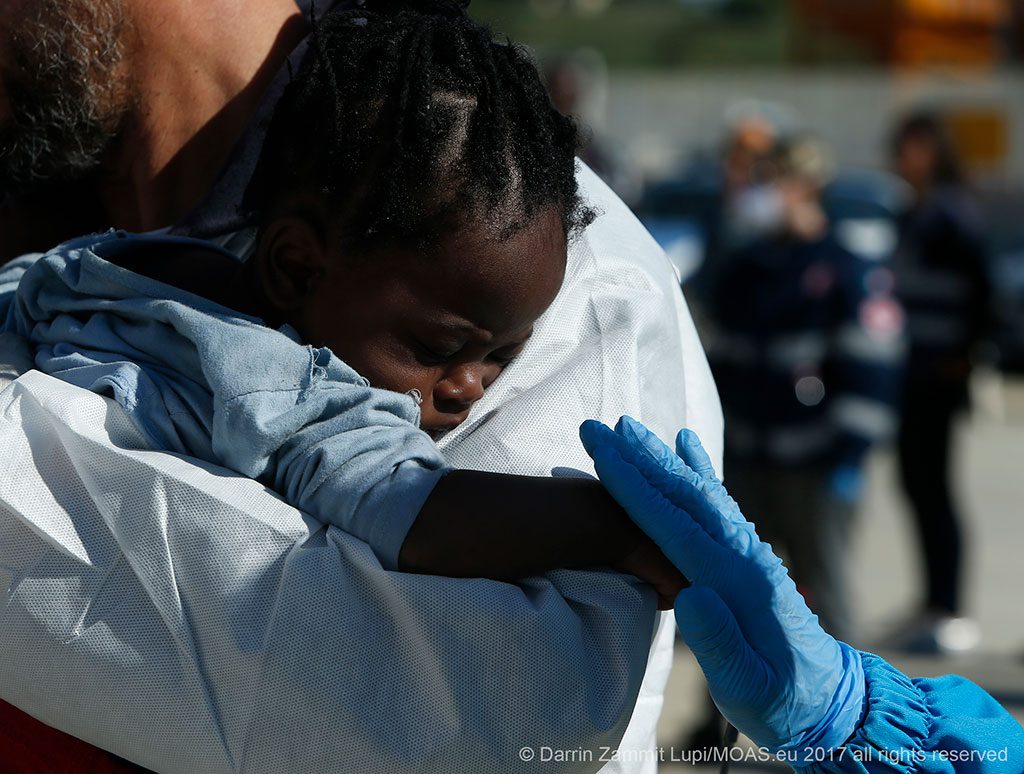 From the first rescue operation on April 15th till disembarkation on April 19th, events unfolded incredibly quickly, with the climax occurring between Saturday and Easter Sunday on the 16th. MOAS’ crew worked unceasingly for more than 24 hours in order to rescue as many people as possible and assist whoever in need according to their capabilities.

Yet another mass tragedy at sea was prevented thanks to a strong spirit of cooperation and team work with Jugend Rettet with its ship Iuventa and Sea Eye, two NGOs patrolling the Mediterranean Sea to spot boats in distress. Apart from the NGOs, we also have to thank the Italian Coast Guard for its assistance in coordinating other vessels sailing close to us.

During multiple rescues, MOAS’ crew assisted between 1500 and 1800 people jam-packed in 7 overcrowded dinghies (in dire conditions upon our arrival) and 2 wooden boats. Among them 499 individuals were brought to safety on the Phoenix, and highest priority was given to women and children, 15 pregnant women (one who was even 9-months pregnant), and medical emergencies in need of immediate treatments, including an 11 year old child traveling with his father and suffering from paralysis. After reaching its capacity the Phoenix could not welcome anyone else on board, but our crew did not give up their mission of saving lives.

By nightfall, MOAS’ SAR team had been busy in stabilizing all the vessels around us by distributing life-jackets and emergency food rations, while monitoring that the situation remained under control and waiting for assistance from other vessels as decided by the Italian Coast Guard. It was our great joy to see that eventually all the people assisted by MOAS, directly or not, were rescued.

Nevertheless, during a further rescue operation with other vessels, we recovered the bodies of 7 brothers and sisters who “will never know what freedom looks like”. We brought on board the bodies of 4 men, 2 women and one child -around 8- who we know nothing about. We only know that by closing his body bag, we also locked inside that bag our morality; we were unable to face such an unfair death.

Despite the happiness for our overwhelmingly positive results, we felt huge pain and defeat in closing that small body in a bag that was far too large for him. He was disembarked in Augusta on April 17 2017, and buried in a cemetery in Syracuse together with the other 6 bodies.

Life and death have been confronting each others during this Easter weekend, itself a symbol of Resurrection.

The same happened to us. On the one hand, we experienced pain for those lifeless bodies and frustration for not being able to rescue everyone; on the other, it was joyful to hear children crying after being taken on board. Their voice brought all of us back to the living and their needs. We distributed blankets and dried those who had fallen into water; we distributed food and water, as well as dozens of baby bottles for many children. We assisted those in urgent need and mothers feeding and taking care of their children.

Every child dying at sea, or somewhere else, is an unnecessary casualty and one we are all responsible for. The tears of a mother crying for her children’s death belong in our own eyes. The desperation felt by a father unable to protect or warm up his daughter should be our own desperation. There may be hundreds of reasons making us different and dividing us. But there is one main reason for us all being brothers and sisters: we are all human.

Humanity and universal brotherhood, together with the miracle of Resurrection, were at the core of the Holy Mass celebrated on the Phoenix on Easter Monday by Father Regamy from Cologne.

Father Regamy gave comfort to all of us with his prayers and the courage to be at the forefront in helping others.

With Father Regamy, on April 19 we disembarked those rescued over the previous days. We said good bye to those still alive who had become like friends after being on the Phoenix with us, and prayed for those who did not survive. We had the chance to visit the transit camp inside the harbour in Augusta, and to see first-hand some identification and welcoming procedures.

It was lovely to see children playing with swings, slides and other toys at their disposal. Every person had a folding bed where to rest after an exhausting journey.

This was made possible thanks to the institutions and humanitarian organizations cooperating and taking care of the people that we had rescued with such love and attention.

In the end, after completing disembarkation and sanitation procedures, at 19:30 we left the harbour of Augusta, just as the sun was setting.