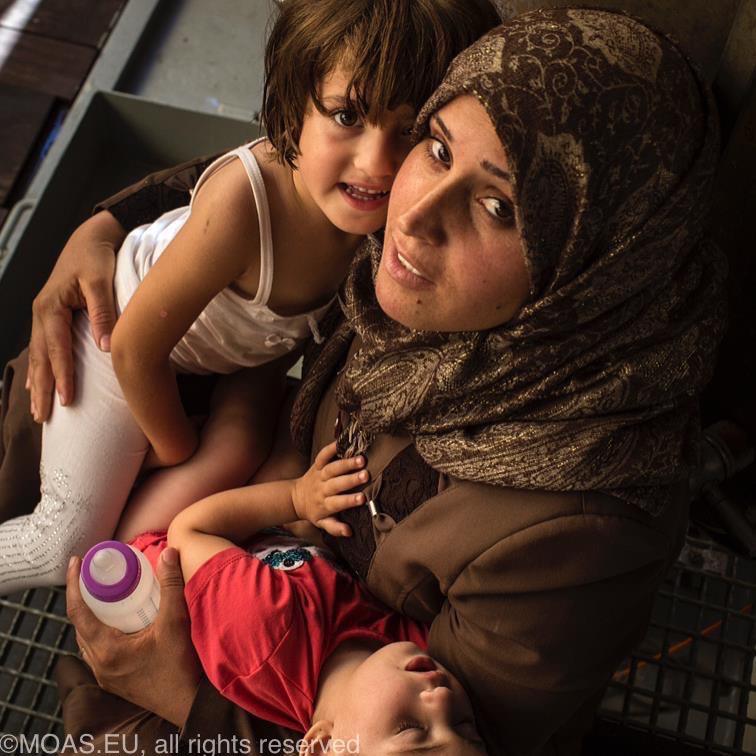 In recent days, as International Women’s Day approaches, I have not been able to remember all the women I have known in my life. Regardless of the moment and the place I met them, the first image that came to mind is that of a phoenix. In the mythological context, across the Greco-Roman, the Arab and Eastern culture, the phoenix is a creature of fire that comes back to life with great courage, majestic and strong, from the ashes of destruction.
The resilience of the phoenix mirrors that of the women I have met and that I continue to meet every day in life and during missions with MOAS.

I remember the stories of women who had faced dramatic experiences; months in the desert, sea crossings, some of them with children, others helping the children of other fellow travelers, some pregnant, and almost all subjected to all kinds of violence, both physical and verbal. Women who have not given up but who have continued, step by step, with the hope of taking their lives back into their own hands and giving a future to their children.

There are no words to describe those moments when despair, fear and tears turned into a smile when, following the help received on land or at sea, they realized that they had escaped death.

The strength of the Phoenix woman is also that of the Rohingya women who, after suffering all kinds of violence in Myanmar, have been forced to leave their homes and flee through mountains, rivers and sometimes the sea to seek refuge in neighboring countries in search of salvation.

I met them for the first time in 2017 in the Aid Stations MOAS in the Bangladeshi region of Teknaf, not far from the border with Myanmar. Our doctors, pharmacists, nurses and midwives have treated and helped them to give birth to their children. As of 2019, these women have been involved in MOAS’ water safety training programs, learning to protect their communities. Today, like some of the men present in the camps, thanks to the skills learned, they themselves are a resource for society that is facing floods and drownings. Their contribution is a source of great pride for me.

But in recent days I cannot fail to think to the women who are facing one of the worst famines and health crises in Yemen, to Syrian women who have been living the nightmare of war for years and to women who risk their lives and that of their children on the border between Turkey and Greece, trapped on the doorstep of Europe or in the inhumane refugee camps on the Greek islands.

To all of them I wish an ability to spread their wings like the phoenix, to take control of their lives, to be reborn in a better future leaving behind the ashes of the past.

For all of us lucky women, my hope is that we do not to forget those who do not have our same rights, our possibilities and our serenity, and that we find ways to contribute every day to keep hope alive for all those Phoenixes who are still among the ashes.