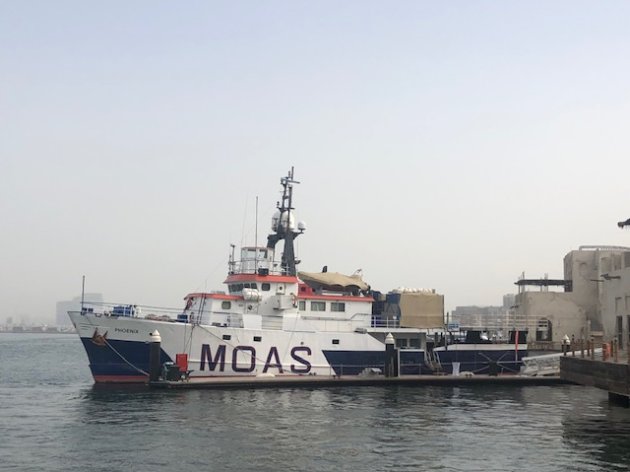 On January 29th, at least 52 people lost their lives along the short sea route between Djibouti and Yemen, and almost no news covered their shipwreck. Their deaths were almost silenced by the media, whereas Europe was struggling to find a solution to the standstill of the Sea Watch 3 and its 47 guests rescued in the Mediterranean Sea.

According to the survivors who were assisted by local IOM staff, at least 100 people -mainly coming from Ethiopia- might have drowned in a shipwreck off Godoria, a locality northeast of Djibouti. According to one of the survivors, two boats departed, and he was travelling with around 130 people. These casualties add to more than 700 sea deaths since 2014.

Last January, this wasn’t the first shipwreck along a route neglected by international media. But, this route -more than any other route- should push us to reflect on how desperate the people attempting it are.

Yemen is a war torn country, and I have often written about it to focus the attention on an underreported humanitarian catastrophe. Despite numerous UN appeals to condemn attacks on civilians who are literally starving and dying from epidemic diseases, the international community is still deaf and blind. As I write, on February 7th, Mark Lowcok (OCHA) released an essential statement explaining the consequences of inaction, stating that since last September the UN hasn’t been able to access mills in Oudeida. According to Lowcok, there is “enough grain to feed 3.7 million people for a month (…)while nearly 10 million people across the country remain just a step away from famine”.

Additionally, two silos were destroyed in a deadly game where “nobody wins”, but people die for “events to be deplored” in a place where it is almost impossible to assist 12 million human beings with vital food rations. Moreover, more than 20 million Yemenis are “food insecure”, accounting for “an astonishing two-thirds of the population and an increase of 13 per cent from 2018”.

For this reason, MOAS vessel -the Phoenix- and team are ready to start a new mission to keep hope alive among the many civilians who lose their lives from preventable diseases or from a lack of medicines, as well as a lack of medical professionals and centres. Once again, MOAS’ big family of donors and supporters mobilised to allow us to assist the exhausted Yemeni population, in urgent need of our help.

In light of this appalling scenario, who could be willing to attempt to reach Yemen? How desperate should you be to board a flimsy vessel to reach a war torn country in the hope of travelling further?

The truth is that -over the past years- the routes of desperation flourished with the merchants of death selling a false sense of hope to desperate people who often die during their journey.

But, to have a better understanding of global migration, we should mention the Andaman Sea, that embodies dreams and desperation of thousands of people in search of a peaceful future, far from extreme poverty and persecution. Along this route, MOAS and the Phoenix accomplished a one-month observation mission to monitor the situation of the many underreported shipwrecks.

In 2015, along this very same route a terrible phenomenon occurred. It was called “ghost boats”, a macabre expression designed by the press when crescent shaped boats were found full of bodies.

In August 2017, Rohingya people -fleeing ethnic cleansing in Myanmar on overcrowded vessels or by crossing mountains and the Teknaf river- arrived en masse in Bangladesh. Violence against this stateless minority was so deep-rooted that it was labeled as genocide and as a crime against humanity.

But, apart from a few dramatically documented events of people abandoned, adrift at sea and dying from deprivation, nobody knows exactly how many people died in the attempt to live.

This very plight can be found along every sea or land route. If people are forced to rely on traffickers, if no safe and legal alternatives are provided, there will be no testimonial of the lives, dreams and deaths of those who perish. For instance, it is estimated that the number of casualties in the desert almost double the ones at sea. How many die in Libya? We’ll never know.

We shouldn’t be indifferent to these casualties, but we should all ask ourselves what we would do, if we were them. Wouldn’t we like to find someone willing to help and save us?

Or would we rather prefer to find criminals willing to exploit our fear and desperation, to extort our money under threat of violence, rape, forced labour? A new and more dangerous route will open for every route closed without alternatives.

For years, MOAS has been reiterating the appeal to open #SafeAndLegalRoutes to eradicate the plight of human trafficking and its deadly lottery, where criminals are the only winners. But, unfortunately, the only thing to be dismantled was our solidarity in a less and less human world that even neglects the news of shipwrecks. As if those deaths were redundant. As if it couldn’t be us drowning in the vast sea of indifference or starving with our food wasted in a fire for reprisal.