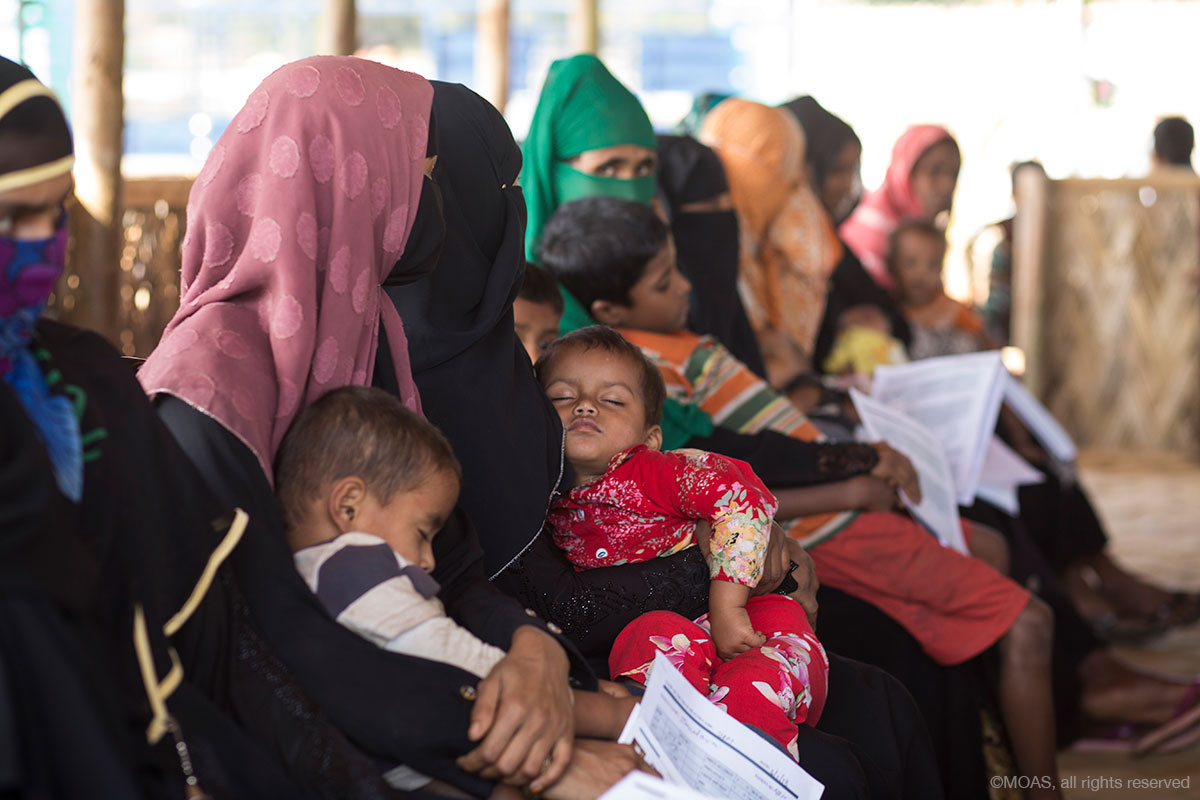 On January 2nd, the International Crisis Group published an article about the 10 conflicts we should monitor to safeguard global peace in 2018. They are all well-known conflicts in countries with a fragile environment due to protracted conflicts, civil war, uprisings or natural disasters exacerbating difficult socio-economic scenarios.

In this article, the Rohingya crisis, which affects both Myanmar and Bangladesh, was ranked third most dangerous conflict on the list. War-torn Syria remains the most dangerous country in the world, while Iceland is the most peaceful, according to the 2017 Global Peace Index.

The awful consequences of what was once called the “fastest growing refugee crisis” are evident, but sometimes they do not get enough attention in Europe or at global level. An estimated 655,500 Rohingya have fled Myanmar since violence dramatically erupted on August 25th in order to seek sanctuary in Bangladesh, where such a massive influx of desperate and vulnerable people is putting national resources to the test. Bangladesh is desperately struggling to welcome its Muslim brothers and sisters, and MOAS daily witnesses the consequences of this exodus both for the Rohingya minority – arriving with an enormous burden of physical and psychological trauma – and for Bangladeshi host communities. It is worth remembering there is historical precedent for Rohingya camps and settlements in Bangladesh: previous waves of arrivals were recorded during the ‘70s and ‘90s, such that the number of inhabitants had almost doubled in some areas by the end of 2017.

The proposed repatriation agreement between Bangladesh and Myanmar is highly controversial and difficult to put into practice because Rohingya refugees would like to be granted freedom of movement, respect of their human rights and access to humanitarian organisations – as explained by Jhuma, a Rohingya woman interviewed by MOAS who shared with us her memories of life in Myanmar. Additionally, the international community knows the Burmese government has restricted deliveries of humanitarian assistance, to the detriment of the most vulnerable people. In Bangladesh another alarming issue concerns the resources and funds allocated to run emergency activities, which may be insufficient to cover all programs, as well as to deal with the expected rate of births. It is estimated that, “48,000 Rohingya babies are expected to be born in Bangladesh this year (…) 130 live births per day.” These babies will start their lives in overcrowded and unsanitary conditions, facing an uncertain future. In light of these figures, our MOAS Aid Stations are not only vital facilities where refugees can receive medical assistance and humanitarian aid, but also oases of care and comfort.

The Rohingya crisis is followed by the Yemeni civil war. This was described as “a forgotten crisis and ongoing tragedy” last August after some people were deliberately drowned by their smugglers off the Yemeni shores. Both Rohingya and Yemeni crises may seem far from Europe, but their consequences are closer than expected, as demonstrated by the number of Bangladeshi sea arrivals in Italy throughout 2017. Coming from a lower-middle income country, many Bangladeshi people leave their homeland to search for a better future, and the current crisis might make things worse. In both cases lack of food, clean water and access to medical care negatively impacts on people’s health, triggering emergencies due to communicable or water-borne diseases. 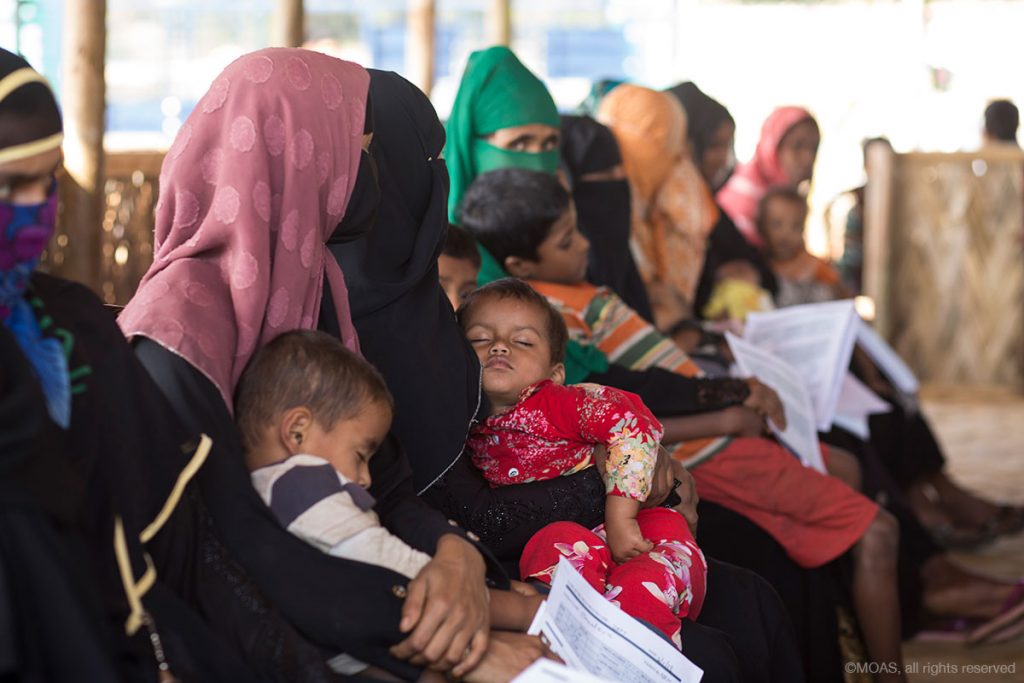 The ranking also includes the crisis in Congo and its humanitarian emergency as one of the world’s worst, whose horrific consequences are often evident on women’s bodies in a country where rape has become a weapon of war. As usual, the highest price is paid by vulnerable and fragile individuals, mainly women and children who are deprived of a decent present and a prosperous future. The same occurs in Syria where some children have never experienced peace, but know only rubble and deprivation. “More than 13 million people are in need of assistance within the country”, according to the UNHCR.

It is time to acknowledge that we are at a turning point, and that immediate change is urgently needed in the way we address migration and its triggering factors. Diplomatic negotiations and humanitarian relief efforts are needed, now more than ever, to stop people undertaking fatal journeys in the hands of smugglers and traffickers to the detriment of human rights. This is why with MOAS we are committed to mitigating the suffering of the most vulnerable refugee and migrant communities in the world.