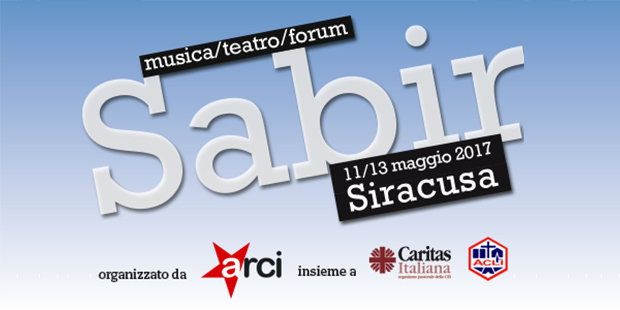 16 May 2017 Sabir, Festival of Mediterranean Culture

Posted at 11:45h in blog by admin
Reading Time: 3 minutes

Between 11th -13th May 2017, the Sicilian town of Syracuse hosted a Festival of Mediterranean Culture named Sabir, which gathered together various entities engaged in handling the migratory phenomenon, from organizations rescuing people at sea to those welcoming them, and individuals involved in documenting migration flows as journalists and a photo reporters.

Among those who promoted this event were Arci and Caritas Italiana, who invited me as a MOAS representative to introduce our SAR activities at sea on the third year from its inception. Despite accusations -recently on the rise- and fake news we tried to clarify an extremely complex phenomenon, which cannot be minimized and reduced to political slogans.

I was in the same panel with Oliviero Forti (Caritas Italiana) who moderated our discussion, Daniela Pompei (Community of Sant’Egidio), Filippo Miraglia (ARCI), Mauro Montalbetti (IPSIA), Riccardo Gatti (ProActiva OpenArms) and Antonio Russo (Acli). They are different people with various experiences and backgrounds, but with the same goal of safeguarding the rights of people escaping their homeland in search of peace, which seems impossible to reach.

Our discussion was an excellent occasion to exchange views and stories as well as to explain the activities carried out by NGOs who rescue people at sea, and by whoever is dedicated to mitigating the pain of migrants facing increasingly inhumane conditions during their journey.

The Sabir Festival was fundamental in reminding the audience and other colleagues why MOAS was created, as an answer my family put forward in order to fill the gap between political institutions and civil society.

MOAS was created as a reaction of civil society to support official authorities to handle such a massive phenomenon and as an answer to the former Italian Minister of Interior and the Pope asking people to provide their own contribution. In light of this, it is even more difficult to understand the criticism against us.

As stressed by Filippo Miraglia, we should ask ourselves how we can even imagine not assisting people who risk drowning. How can we blame those engaged in rescuing lives at sea instead of supporting them?

The lack of political solutions does not offer any alternative to the people who are forced to put their lives into smugglers’ hands. NGOs only try to fill this political gap and decrease the number of people dying during the crossing.

Riccardo Gatti introduced how ProActiva OpenArms was founded and explained its mission of saving lives at sea. He also highlighted that the same notion of solidarity is currently at stake and becoming criminalized.

NGOs are not welcomed at sea because they are independent entities documenting the current catastrophe through the tales of the people rescued. Survivors’ tales depict Libya as a nightmare, so it cannot be considered a party to treaties aimed at containing the number of migrants. 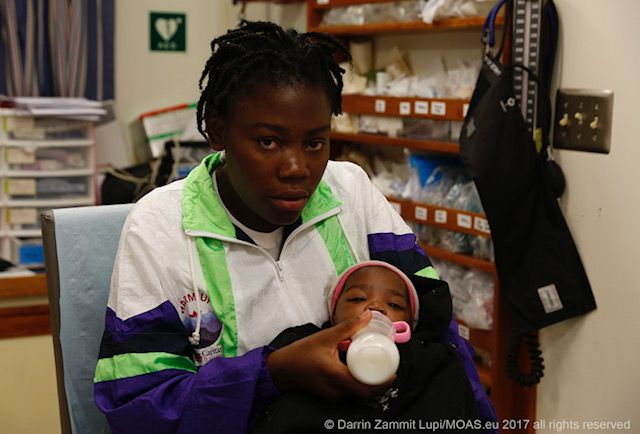 As for hellish conditions in Libya, I spoke about a very young woman forced to deliver her daughter Grace in a detention camp with no medical assistance at all, who had to cut the umbilical cord by herself. Her dramatic story reminds us of the urgency for the implementation of safe and legal routes as soon as possible.

Daniela Pompei addressed this issue, recalling how Sant’Egidio opened humanitarian corridors in cooperation with the Italian Ministries of Interior and Foreign Affairs. The first Memorandum of Understanding (MOU) provided eligible asylum-seekers with 1000 visas after being identified according to international protection criteria, with a special focus on vulnerable people. The second MOU involves 500 Eritreans, Sudanese and Somalis leaving from Ethiopia who will be supported with integration and resettlement policies after their arrival in Italy. This Italian scheme has been recently replicated in France and negotiations are currently being held with Spain.

Humanitarian corridors are not against the interests of governments, but offer a set of safe and legal solutions to a complex phenomenon with the ultimate goal of granting safety both for migrants and for welcoming states.

Reactions by the audience were also highly appreciated, ranging from Father Mussie Zerai to a representative of Caritas Verona inviting everyone to “give scandal through solidarity” and a former migrant, who found in Italy his country of adoption and openly expressed gratitude for those committed to protecting the most vulnerable individuals.

Our special thanks go to Caritas Italiana for supporting MOAS’ missions and for donating many “warm-up kits” (see picture), which are used while migrants are on the Phoenix.

Events like the Sabir Festival reinforce our hope in a better future thanks to a civil society, which does not surrender to abuse and violence.