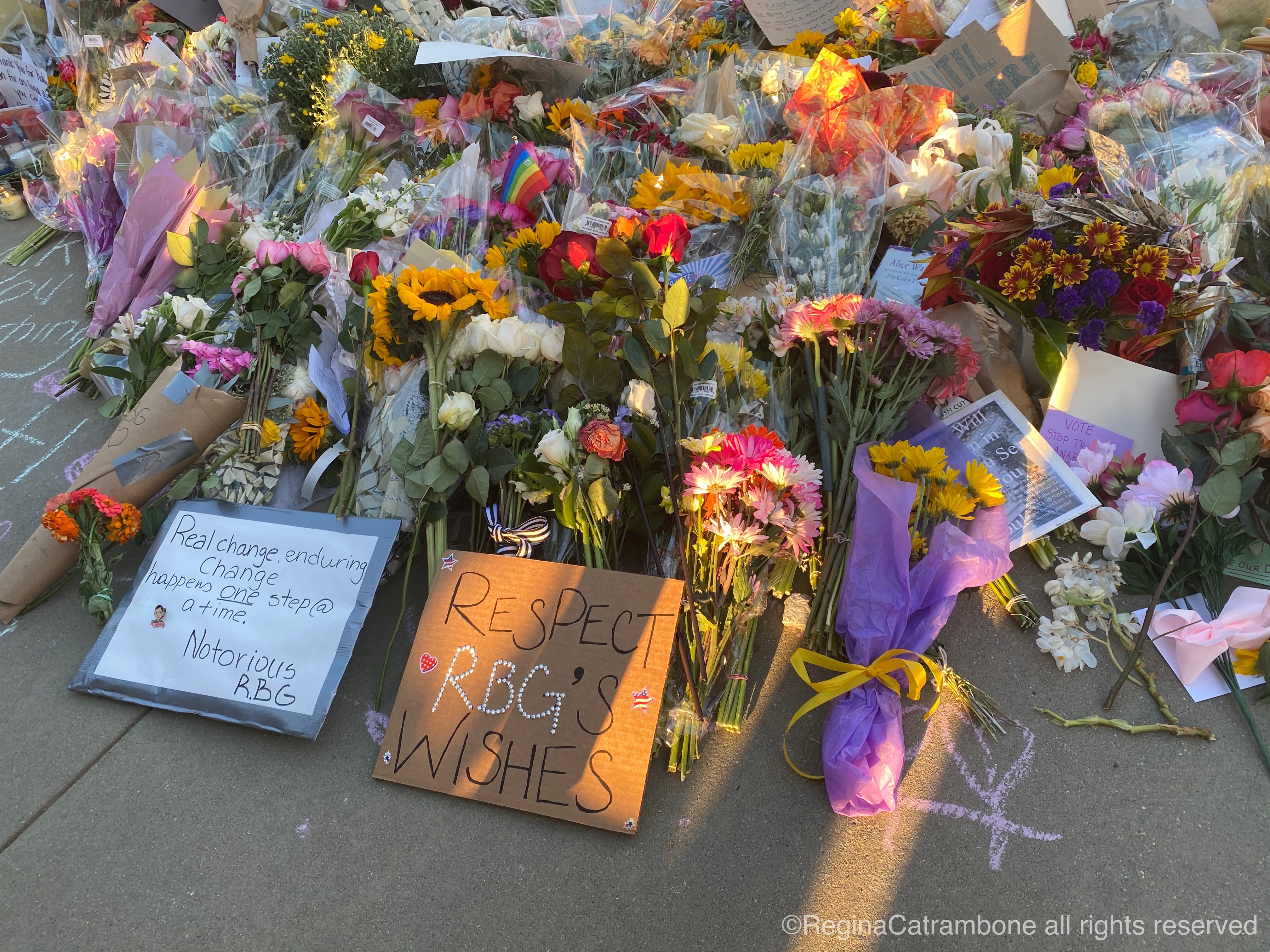 25 Sep 2020 Ruth Bader Ginsburg: a lifetime in the service of gender equality

On September 18th, US Supreme Court Associate Justice Ruth Bader Ginsburg’s life in this world ended. What did not end are all the causes that this gender equality defender pushed forward. Her life is, indeed, a source of inspiration to all of us.

Starting from the establishment of the Women’s Rights Project at the American Civil Liberties Union, a non-profit organisation involved in the defence of civil rights and constitutional liberties, up to the commitment, first as a lawyer and then as a Supreme Court judge, to defeat gender-based discrimination, Ginsburg epitomized women’s protection in the USA.

Thanks to her determination, important pages of women’s rights in the US Constitution were written, and important steps were made towards gender equality.

The world today needs more and more women like Ruth, who have a tenacious spirit and give everything they have. Her strength reminds me of other women who fight for their rights, such as the Iranian Nasrin Sotoudeh, and of women who have to face humiliations, violence and torture every day. Their strength is like what I saw in Rohingya women, who tried to save their children’s lives by putting theirs at risk. It is also like those women rescued in the Mediterranean, who clinging on what remains of a boat, prayed for the safety of their children.

Today, once again, we should show our gratitude to all those women, who both in their families and publicly, devoted their energies to let us enjoy fundamental rights which were not recognised before.

And we cannot ignore the dramatic situations of all those girls, who often new-born, in some countries of the world are killed or abandoned for the mere reason of being girls.

I think of all the massacres of girls in Asia, the female foetus suppressions, the burning of young women. I also think of the tragic story of Nusrat, burned alive in Bangladesh last year after she refused to withdraw her charge of sex assault committed by the headmaster of the school she attended. Or furthermore, to all those girls who have no access to education in different parts of the world.

In Europe, and in Italy in particular, despite the important steps forward that have been made, we must not forget about discrimination at work, wage inequality, the low number of women occupying decision-making positions, and above all, femicides, too often perpetrated by family members or partners. I think of what happened in March 2019 in my city, Reggio Calabria, where a woman, Maria Antonietta Rositani, almost lost her life after her husband attempted to kill her by throwing oil on her and setting her on fire. And I think of all those women who are victims of violence and not protected by institutions, and end up becoming victims of their torturers.

Just like Ruth in the USA, many women in Italy have contributed, with their commitment, to achieve great results. Examples in the field of science or culture, such as Rita Levi Montalcini, Nobel Prize winner for medicine in 1986, who besides having obtained important accomplishments in the field of science, also supported the importance of female education at a time when Italy was not so emancipated.

Moreover, the contribution of Senator Liliana Segre, who through sharing her wisdom and historical experiences at meetings in schools, universities and the Senate, reminds us of the atrocities of Nazism and Fascism so that they may never repeat again.

Young women of today owe a lot to those women who fought on the front line for the recognition of the right to vote, the right to divorce and the right to abortion, achievements which were just recently gained.

Along with female commitment, awareness on gender equality is required from men. It is only by joining forces that we can keep heading towards progression.

Gender equality is still a long and winding road, both in the West and in the poorest countries, but each one of us, every day, is called to contribute, to do their part to create a present in which women may really be free, just like Ruth showed us.