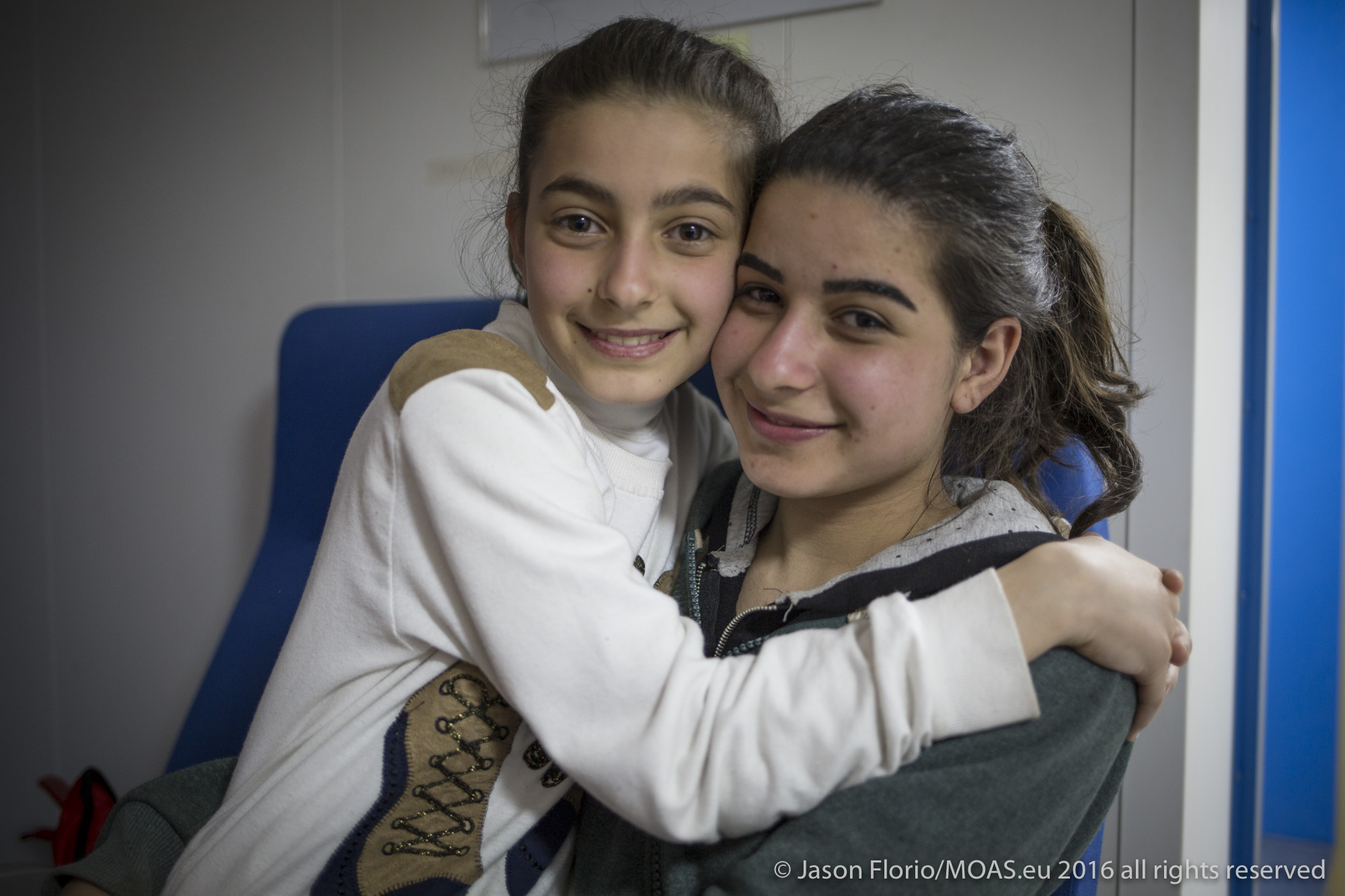 12 Sep 2017 Rojee and Oljana: war and the denial of education

Rojee and Oljana are 19 and 12, and are Syrian Kurds and who come from a city in Northern Syria called Afrin. War has overturned their peaceful lives and pushed them into a nightmare, forcing them to flee their home alone.

Rojee and Oljana left alone because their mother was already in Germany, while their father did not want to start a desperate journey and preferred to stay in Syria. Hoping to join their mother and go back to school in a country without war, they decided to brave the crossing. They should not have been forced to make the perilous journey that brought them to Europe. But what was the alternative? Dying in a bombardment without ever seeing their mum again.

After being rescued by the MOAS crew in the Aegean Sea in November 2015, they were welcomed on board and checked by our medical staff before telling their story. 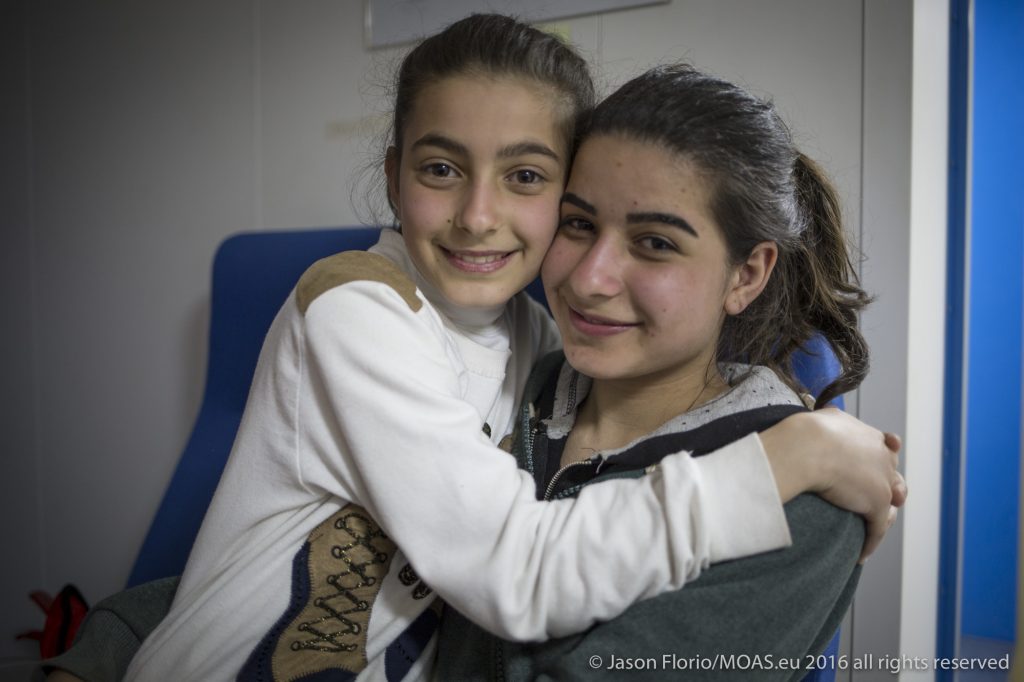 19 year old Rojee Adbi and her 12 year old sister Oljana – Syrian Kurds from Afrin village. Had fled persecution and war in their homeland and were rescued from a boat carrying 65 off the coast of Greece. Their father remained in Syria and refused to travel by sea. Their mother was already in Germany and they were desperate to escape the war and be with their mother and continue their educations in safety.

Education never ends in itself: it is much more than learning how to read, to write or to count. It goes well beyond studying history and geography. Education is the real key to independence and to becoming conscious human beings and responsible citizens. Nevertheless, the global situation with its acute political instability and bloodshed wipes this right out, and too many children and adolescents may not experience a single day in school. This means creating ghost generations and wasting talent that nobody will cultivate.

To this aim, the second paragraph of the same Article 26 states that: “Education shall be directed to the full development of the human personality and to the strengthening of respect for human rights and fundamental freedoms. It shall promote understanding, tolerance and friendship among all nations, racial or religious groups, and shall further the activities of the United Nations for the maintenance of peace”.

The situation of uncertainty that affects millions of people who are stranded in overcrowded refugee camps or detention centres as the ones in Libya, erases dreams, aspirations and talent that will be denied to our community.

It is thus necessary to overcome the chaotic and emergency response approach to migration flows, and switch to a more comprehensive strategy dealing with all related issues with a long-term perspective. First of all, we need to empty smugglers’ deadly boats by opening safe and legal humanitarian routes, as MOAS has already suggested. Secondly, relocation programmes should be implemented at European level, as until today they have been ignored due to national egoism and institutional blindness. In this way, we will be able to eradicate smugglers’ networks and manage arrivals.

Only after implementing these plans can we focus on welcoming people with a view to helping them integrate. During this process, education in schools and universities or vocational training will be crucial.

Amid school desks with pens and books we will give them a chance to continue their studies, and we will provide them with what they need to go back to their homeland one day, using all they have learned so far. This will become a bridge of culture and solidarity between hosting and origin countries.

“One child, one teacher, one book and one pen can change the world”, Malala, Peace Nobel Prize laureate, 2014