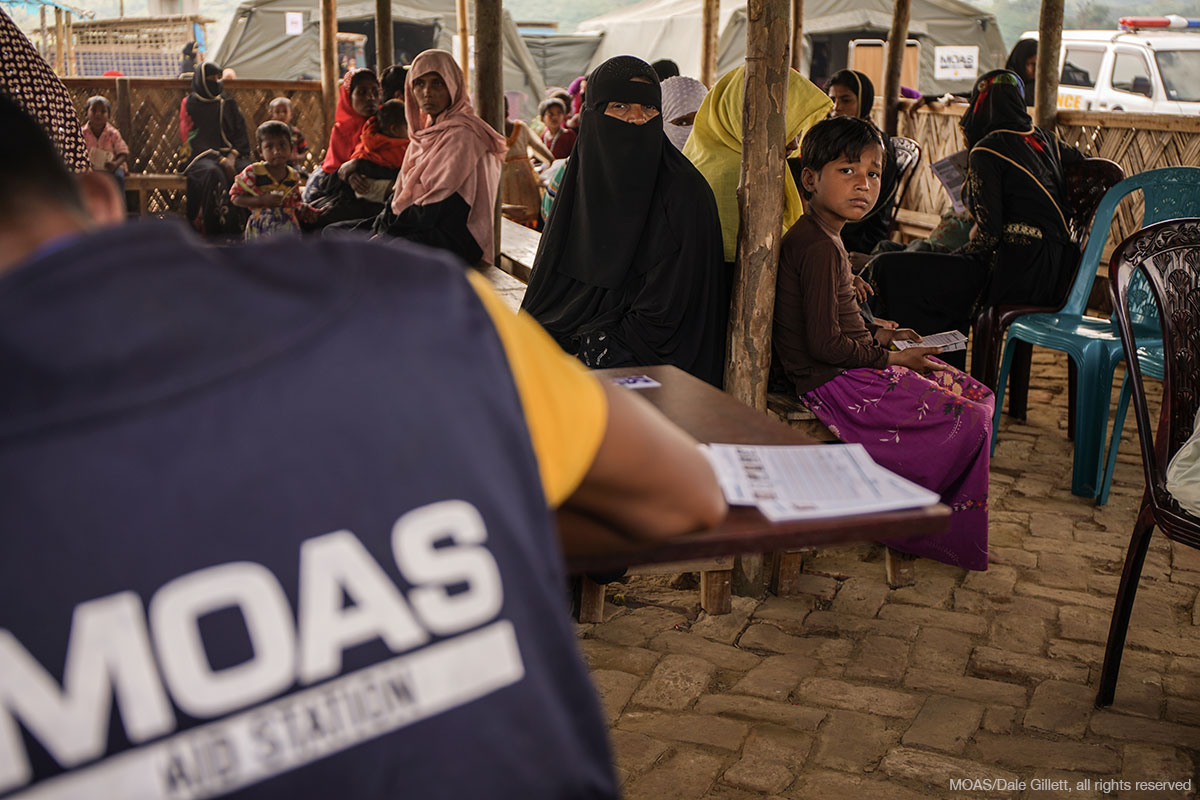 Last December during his apostolic visit to Southeast Asia, Pope Francis expressed his concern over violence against the stateless Muslim Rohingya minority, who have arrived in Bangladesh in huge numbers since August 25th. Additionally, he decided to meet some Rohingya people who survived the last wave of persecution and to apologise on behalf of the international community for the pain they have been unfairly forced to experience.

One of the women who attended this meeting (whose identity will not be disclosed to protect her privacy) has become our patient, and we are happy to have assisted her on two occasions. The first time we visited her at the Balukhali settlement and more recently she came to our MOAS Aid Station in Unchiprang, where she was given assistance to treat her physical wounds and psychological support to overcome her traumatic experience. She came with her family and was welcomed by our doctors, who provided medical care to mitigate the consequences of the rape she suffered before fleeing Myanmar.

This woman is one of the countless victims who have been raped by the Burmese army, whose officials reject all claims, despite being accused of perpetrating violence against Rohingya in a planned and systematic manner as part of a strategy of repression against Rohingya. They have also denied responsibility for any killings or other brutalities (with one single exception concerning the murder of 10 people) and blamed Rohingya militias for clashes and violence, presenting their reaction as a defence against terrorists. 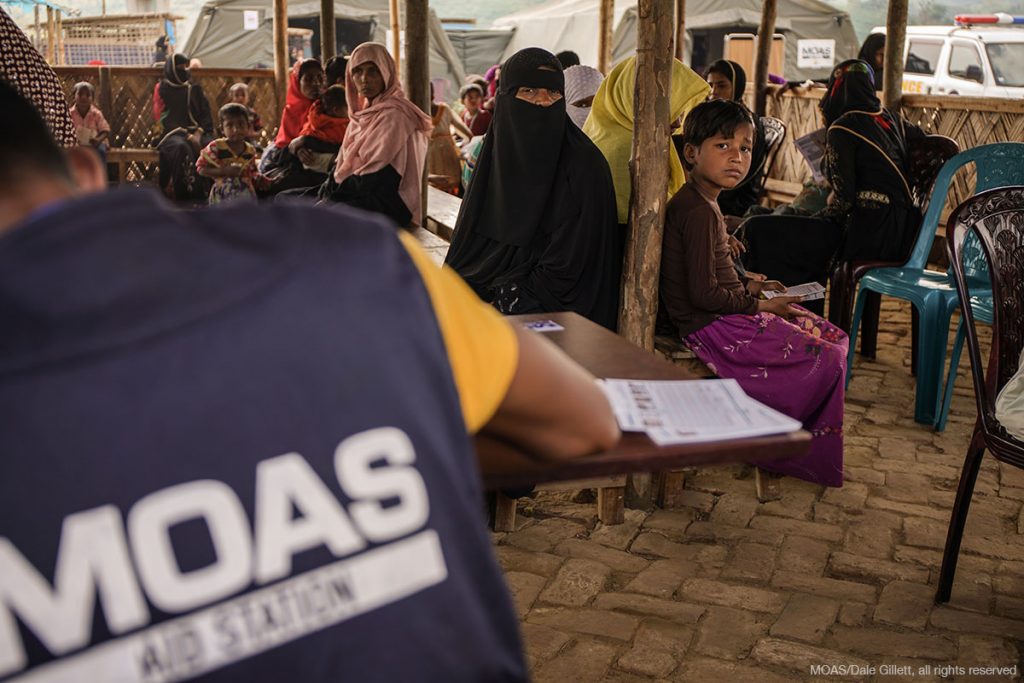 However, survivors and international organisations in the field portray a very different reality: violence is planned to achieve the greatest damage possible, and there is no humanity at all. At our MOAS Aid Stations, we have listened to brave women who told us their stories, we have treated girls who had survived by miracle the fires intended to kill them, and we have assisted families who shared with us their horrific and desperate journeys.

As previously highlighted, the main victims of any conflict are the most vulnerable people such as women, children and the elderly. Women become a real target of rape, kidnapping, sexual exploitation and human trafficking. Their body becomes a battlefield, and rape becomes the weapon of a dirty war, to the detriment of those who deserve protection. Moreover, women who survive rape are victims not only during the rape itself, but also afterwards, when they are too ashamed to report the violence, stigmatised by their own community or repudiated by their husband. Last, but not least, many rapes cause unwanted pregnancies: women do not just experience atrocious violence, but are also marginalised instead of receiving care and support.

After being treated at our MOAS Aid Station, where she was given medicines for her physical recovery, this woman was especially grateful for the warmth received. Luckily enough, her family was by her side, but while looking at her youngest daughter, I wondered how much horror she has seen, and how much of it will remain in her memories.

As a woman and as a mother, I feel a duty to reiterate the need for a lasting peace and a long-term commitment to supporting those who suffer. If our doctors had not been there to welcome and visit this Rohingya survivor of rape, most probably she would not have received any medical assistance and her physical pain would have deepened her psychological trauma. Also in light of this, I am happy to have been in Bangladesh with our medical staff, who are working tirelessly to help those in need.