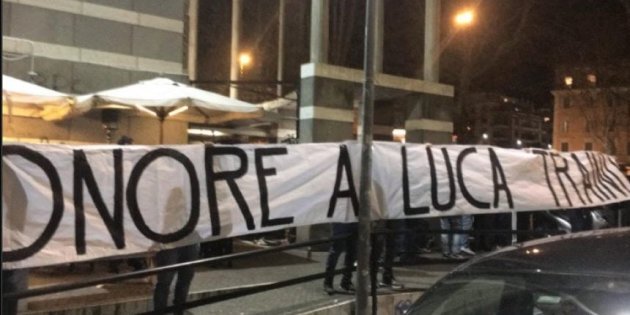 I have just come back from my latest stay in Bangladesh with our MOAS mission in Southeast Asia to help the Rohingya community, and I am struck by the atmosphere of escalating hatred in Italy. Last week Italian media reported the murder of a young woman, Pamela Mastropietro, and – as I feared – this killing generated hatred and racism, instead of encouraging a reflection on the event itself. This girl, aged 18, died in tragic circumstances and became an instrument of propaganda against migrants, as well as the triggering factor of an inhuman and senseless act of revenge involving innocent people who had nothing to do with her death. On Saturday 3rd February Luca Traini, a 28-year-old Italian man, deliberately opened fire and targeted people for their skin colour. After the shooting, he said he had wanted to react to Pamela’s death and decided to shoot at people of colour. Consequently, six were wounded and sent to hospital.

Both events are worsened by many elements, including the fact that the media have practically sentenced the Nigerian Innocent Oseghale for Pamela’s murder, even though he is only charged with concealment and desecration of the corpse. Additionally, it is alarming that Traini was welcomed as a hero in prison and has never shown any sign of regret. On the contrary, he has openly expressed his intention of eliminating drug dealers from the area of the shooting, without considering that killing or wounding innocent people does not help to restore justice, nor to stop drug trafficking. In fact, drug-dealers are mere workforce, which can be easily replaced.

Political reactions have not been strong enough, as if the victims should be considered guilty of being in Italy, and many people have said that actions like this are almost understandable, due to uncontrolled migration flows. So, reactions have mainly tried to justify what happened, rather than clearly condemning a crime for which Luca Traini was remanded on charges of “massacre aggravated by racial hatred”

For days, the identities of Mahamadou Toure, Jennifer Otioto, Gideon Azeke, Wilson Kofi, Festus Omagbon and Omar Fadera remained unknown to the public, proving that the way migration is addressed often depersonalises people, even when something so serious happens. The victims, aged between 20 and 32, left their homeland in search of peace and a better future, only to become unaware victims of a criminal action which cannot be condoned, because doing so opens the door to replacing public justice with personal vengeance.

Solidarity and support for Traini, as reported by his lawyer, were also expressed on social media and with a banner in central Rome.So, instead of firmly condemning the shooting, Traini enjoys widespread approval.

The banner in central Rome to support Traini

Unfortunately, there has been a rise in violent acts of racism, amid guilty silence and statements of satisfaction. In Bolzano, for example, a group of militants from Casa Pound – an extreme right-wing movement – entered the local hospital in protest against homeless people who might find shelter there to survive cold temperatures. Last October, in the same town, an eight-year-old boy whose family had applied for asylum died because of the cold, while in Pavia five migrants reported that they were attacked by around 20 skinheads who insulted them for racial reasons.

For over a year, there has been a clear and undeniable increase in episodes recalling the dark times of fascism, and they range from spreading aggressiveness to turning solidarity into a crime. This fascist upsurge is especially dangerous because the political establishment is totally unable to make firm statements rejecting all violence, but rather seems to fuel it.

At first, verbal violence targeted anyone working to mitigate the pain of migrants by rescuing them at sea or assisting them upon arrival. With MOAS I experienced first-hand the consequences of fake news and propaganda against NGOs, which increased suspicion of those trying to improve the fate of the most vulnerable people. Today’s forced migration is a painful and inhuman experience which should be addressed by opening safe and legal routes, as well as by focusing on integration, whereas it risks being worsened by senseless, racist brutality.

In Italy, the time has come to react, to stop hatred against migrants and condemn those who are responsible for these crimes which are destroying the legacy of human rights that we have built up over the years. If we do not act immediately to foster dialogue between cultures and religions, soon it will be too late, and violence will escalate in a world in desperate need of peace, understanding and solidarity. A great example was offered by Pamela’s mother who, in spite of her immense pain, has accepted the apologies of a Senegalese man who spoke on behalf of his community, even though he had nothing to do with the killing. Turning people into criminals just because of their skin colour does not help to restore justice. We have to act all together to fight crime and safeguard justice from abuse.