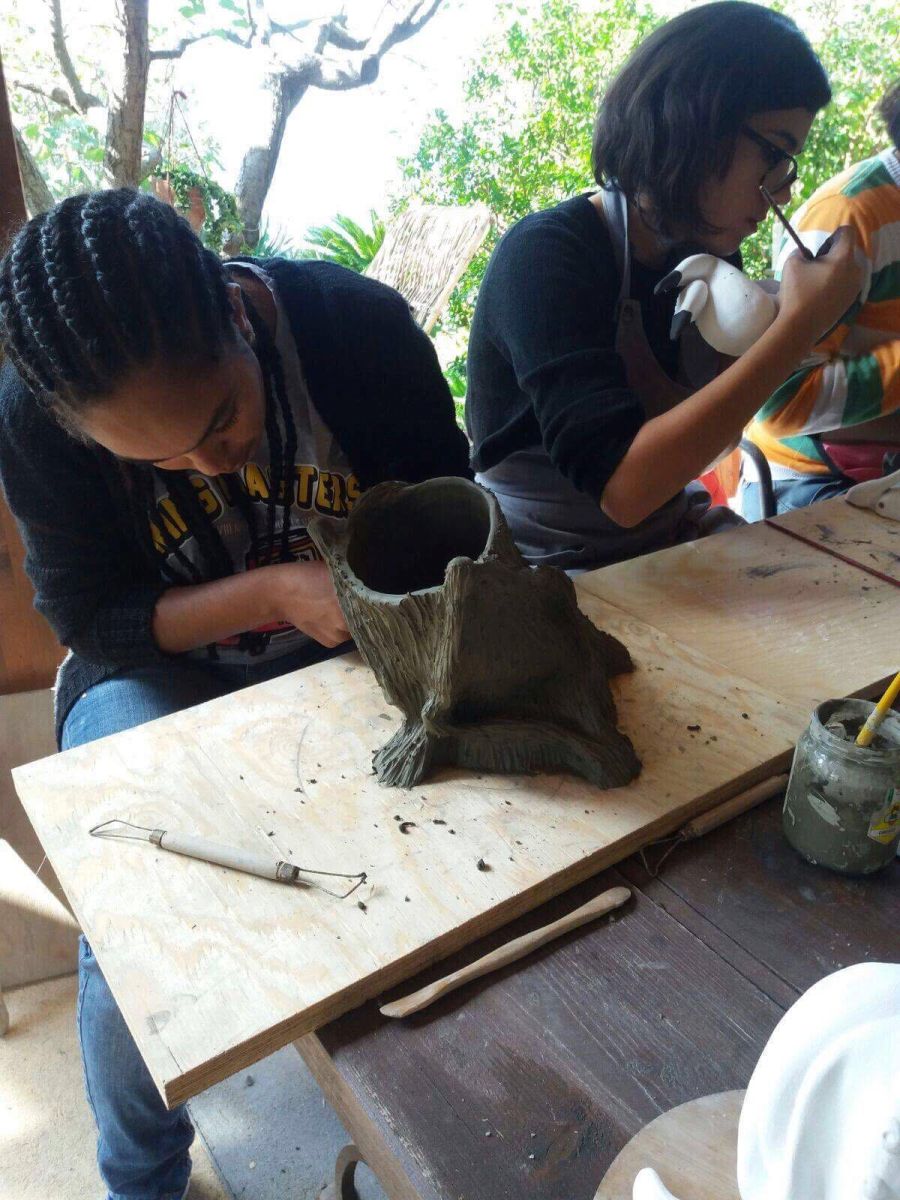 Posted at 00:00h in blog by admin
Reading Time: 2 minutes

On June 12th in Cosenza the MOAS documentary, “Fishers of Men“, was screened as part of a project called Cinema Ambulante.

On that occasion, among hundreds of faces, a woman in the audience recognizes an Eritrean woman she had previously met.

Sara decides to inform me that among unknown faces on the screen she saw someone she knew because they spent some time together soon after her arrival in Italy.

Resan comes from Eritrea and we know very little about her. She was rescued during a MOAS SAR mission and soon after she was transferred to Amantea, in Calabria.

In this small town Resan meets Sara while attending ceramics lessons and on few occasions she confides to her that she had studied Fine Art in Eritrea. Not only she does not need to learn how to work with ceramics, but she is actually able to teach. Thanks to her experience she can give suggestions and tips to all participants in working with ceramics.

In her country she was forcibly conscripted into the army, a plague affecting Eritreans who are ostensibly turned into slaves by a despotic government. Here we have already explored the catastrophic consequences of this phenomenon from an economic point of view and one day Resan realized it was impossible to remain in her homeland any longer, like thousands of Eritreans.

So, her journey of hope began in search of peace and joy.

Unfortunately, Resan suddenly disappeared, leaving no trace. She had told Sara about some relatives in Holland and her intention to reunite with them. Since then nobody has heard anything about her.

All we know is that we wished to keep on studying Fine Art and start her new life far from violence as soon as possible, maybe devoting her time to her passions: art and ceramics.

That is the reason why MOAS has been actively working for almost one year with UNHCR on the opening of safe and legal routes. Together with efficient resettlement and relocation policies they would avoid many problems arising from the current emergency approach to migration flows.

Maybe if Resan had arrived with a humanitarian corridor and the chance to reunite with her relatives as well as to start her new life, now we would not have lost trace of her. Maybe she would have been sitting next to Sara, spotting herself on the screen during rescue operations and feeling relieved to be finally safe.