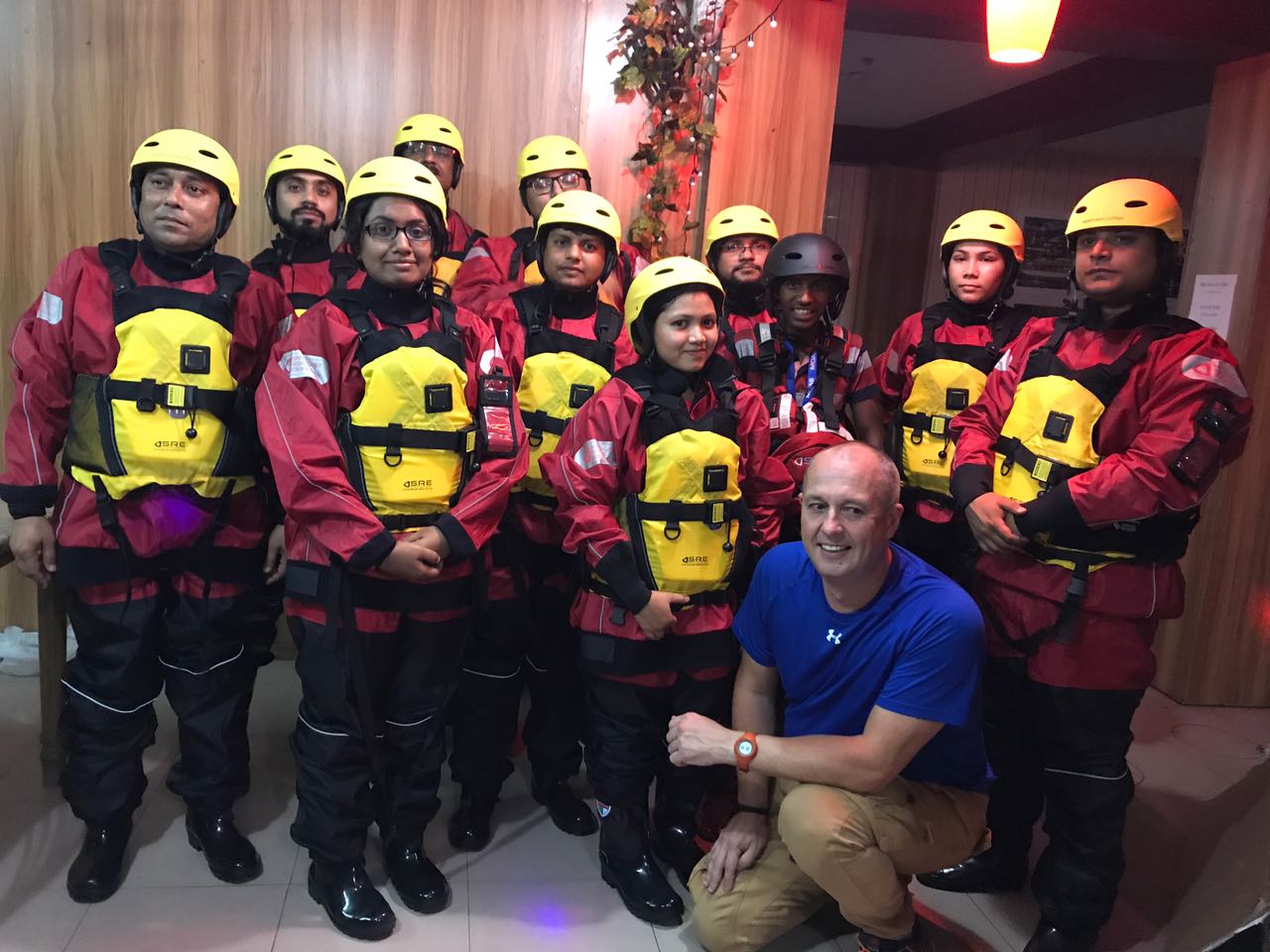 Almost nine months ago “the world’s fastest growing refugee crisis” started, as the UN called the Rohingya crisis. Last August 25th an unprecedented wave of violence pushed around 700,000 Rohingya to flee Myanmar and seek sanctuary in Bangladesh. Historically, the stateless Muslim Rohingya minority has been a major target of discrimination in a mostly Buddhist country and already experienced violence by Burmese government and army. However, the latest escalation was so dramatic that it was defined as a “textbook example of ethnic cleansing”.

Rohingya people arrived in appalling conditions after horrific journeys at sea, on land or crossing rivers, and despite a sharp decrease, the influx of desperate people has never really stopped. For sure, so many arrivals have put resources to the test in a country -Bangladesh- that is extremely poor and often hit by natural disasters, as highlighted by the ISCG latest report. According to this report, “On average, 33% live below the poverty line and 17% below the extreme poverty line”. From an environmental perspective, makeshift settlements are spread all over due to such a massive influx of people, and it is estimated that since last August “500 hectares of forest (are) lost” every day. At the current rate, the whole forest might be destroyed by the end of 2019. Another alarming issue concerns the extremely high rate of “drinking water wells (86%) contaminated with ecoli”, which may lead to the outbreak of epidemic diseases, such as cholera or other water-borne diseases. 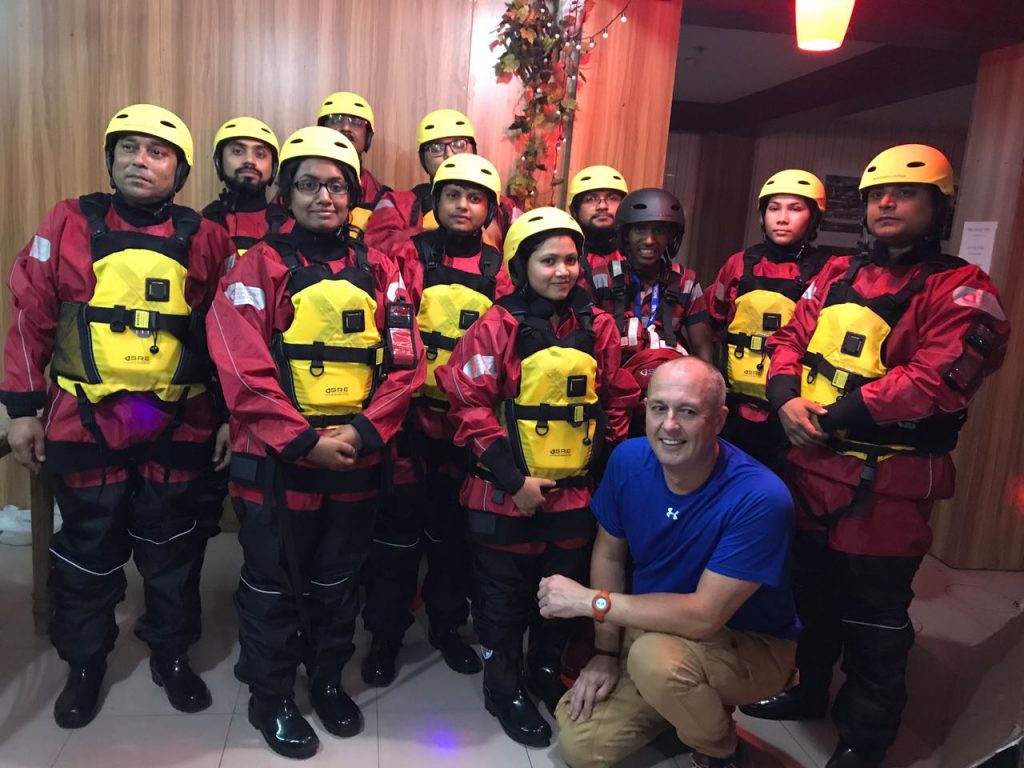 People build their shelters with plastic and bamboos, causing enormous damage both in terms of land loss (soil is also further contaminated by the lack of an efficient sewage system) and critical wildlife habitats. Since the very beginning, 11 deaths were caused by disoriented elephants, and the intensive exploitation of marine resources together with over-fishing and destructive practices is raising huge concerns.

According to the latest IOM figures, around 900,000 old and new Rohingya are currently living in Cox’s Bazar and 1.3 million people are in need of help, above all in light of the upcoming monsoon season. The real emergency doesn’t only concern food and shelters, but also the medical situation on the ground. For this reason, last September MOAS decided to promptly distribute 40 tons of aid to the Bangladeshi government and established two primary health centres -called Aid Stations- in Shamlapur and Unchiprang.

According to the UNHCR, more than 11,000 people were living in Shamlapur as of April 30th, and more than double were living in Unchiprang, even though it is located in a remote area. Since the opening of our two Aid Stations in October and November 2017, 60,000 children, women and men were treated and assisted by our medical staff with a monthly average of around 8,500 patients. Among them 53% of the children are aged between 2 and 12, 30% are between 7 weeks and 2 years, and more than half are female. Between November and December, we treated our highest number of patients and by March we had recorded 9,000 visits to the Aid Stations. The most common diseases are peptic ulcer (PUD), respiratory tract infections (RTI), acute respiratory infections (ARI) and acute dysentery, and they are mainly caused by poor hygiene practices and overcrowding in the camps where it is difficult to have enough food and clean water. Additionally, many women and girls come to the Aid Stations to receive assistance during their pregnancies and after the delivery to receive regular checks for them and their newborns.

In light of the upcoming monsoon season, the risks to people and damage to facilities are enormous. MOAS has worked very hard to face its consequences and react in the most efficient way. Like in 2013, when we decided to do something and decrease the number of casualties along the Central Mediterranean route, we are now working to keep hope alive in the heart of a persecuted community, by providing medical care and assistance both to Rohingya people and local host communities.

Moreover, our facilities don’t serve only the Rohingya community, but also Bangladeshi people who continue to welcome in spite all difficulties. MOAS’ one-month observation mission in the Andaman sea has just ended, and we tried to learn more about SAR needs in the area and raise awareness on Rohingya crossings, that caused thousands of fatalities in 2015 along an almost unknown route.

The entire MOAS’ team hope that the international community and governments in the area to cooperate in order to safeguard the life and human rights of both Rohingya and Bangladeshi host communities.