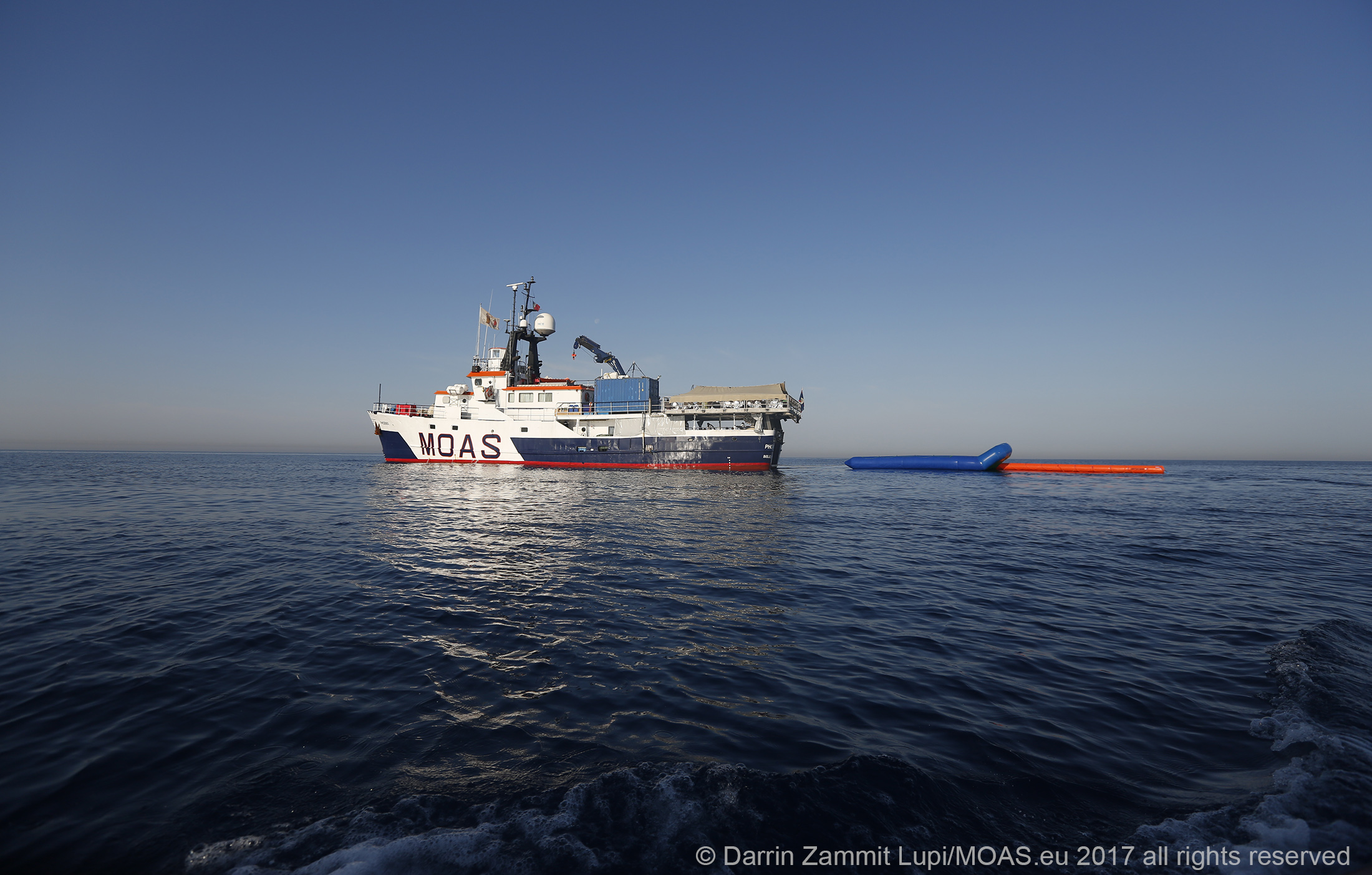 Three years ago, the Phoenix was heading to the search and rescue (SAR) zone for the first time, ready to start its life-saving mission at sea. Since then, more than 40,000 children, women and men have been saved by our operations. We were determined to mitigate the unbearable death toll in the Mediterranean Sea and were willing to be at the forefront of the crisis using our own resources and know-how.

This is how MOAS was created; a pioneering project and mission of mercy, as a helping hand at sea for those fleeing violence, persecution and poverty who were forced to turn to unscrupulous smugglers because of the lack of safe and legal pathways.

People have always been at the very core of MOAS’ mission: people dreaming of a better life in a safe place, as well as the people who assist them with total commitment to preventing their death at sea.

During our 2017 operations in the Central Mediterranean we have saved and assisted 7,826 human lives since the launch of the mission in April. Among them 2,820 people were rescued in April alone, when we faced unprecedented challenges that were only rewarded by our joy in seeing the people we rescued finally safe.

At present, there are too many questions without an answer, and too many doubts about those trapped or forced back to Libya. The horrific tales of those who survive depict a nightmare of abuse, violence, torture, kidnapping and extortion.

MOAS does not want to become part of a scenario where no one pays attention to the people who deserve protection, instead only focusing on preventing them from arriving on European shores with no consideration of their fate when trapped on the other side of the sea.

At the moment, it is unclear what is going on in Libya to the detriment of the most vulnerable people whose rights should be safeguarded pursuant to International Law, and to defend our own humanity. Because of this, we have taken the decision to suspend our search and rescue mission in the Mediterranean.

This does not mean MOAS will surrender.

We have always monitored the global situation of human rights violations and focused our efforts and attention where major abuses occur. In September 2015, after the lifeless body of a 3-year-old Syrian toddler was washed ashore after a shipwreck in the Aegean Sea, we received enough donations that we could deploy a second boat to operate along the route between Turkey and the Greek islands. Additionally, we have also been monitoring conditions in Myanmar, where the Rohingya Muslim minority is a major target of persecution.

The Rohingya people have been defined as “the most persecuted minority in the world” by the United Nations, and are currently experiencing escalating violence and are in great humanitarian need. On the

27th August 2017, Pope Francis called on the international community to support our Rohingya brothers and sisters and to end their persecution and inter-communal clashes.

As I write, there is a deadly exodus unfolding on the border of Bangladesh and Myanmar. In the past few days alone, thousands of stateless Rohingya have fled into neighbouring Bangladesh to seek safety. Many have died fleeing, and the humanitarian need is escalating. In light of increasing instability in the Mediterranean Sea and our determination to continue our humanitarian operations, we have taken the decision that on Monday, 4th September 2017, the MOAS flagship vessel, the Phoenix, will be redeployed for its second mission in the Bay of Bengal to deliver aid and to help and assist vulnerable people affected by the ongoing violence.

Moreover, we will continue to work with ever-greater commitment to establish safe and legal humanitarian routes to allow vulnerable people to seek sanctuary without risking their lives, and will work to implement local development projects.

Once again, we are committed to being at the forefront of the world’s worst humanitarian crises. We continue to be driven by the principles of courage, mercy and universal brotherhood, which prevent us from being indifferent to people’s suffering as they escape unbearable situations.

We will keep hope alive where it is most needed.

*This letter was originally published by HuffPost Italia

Please click here to read the original version in Italian