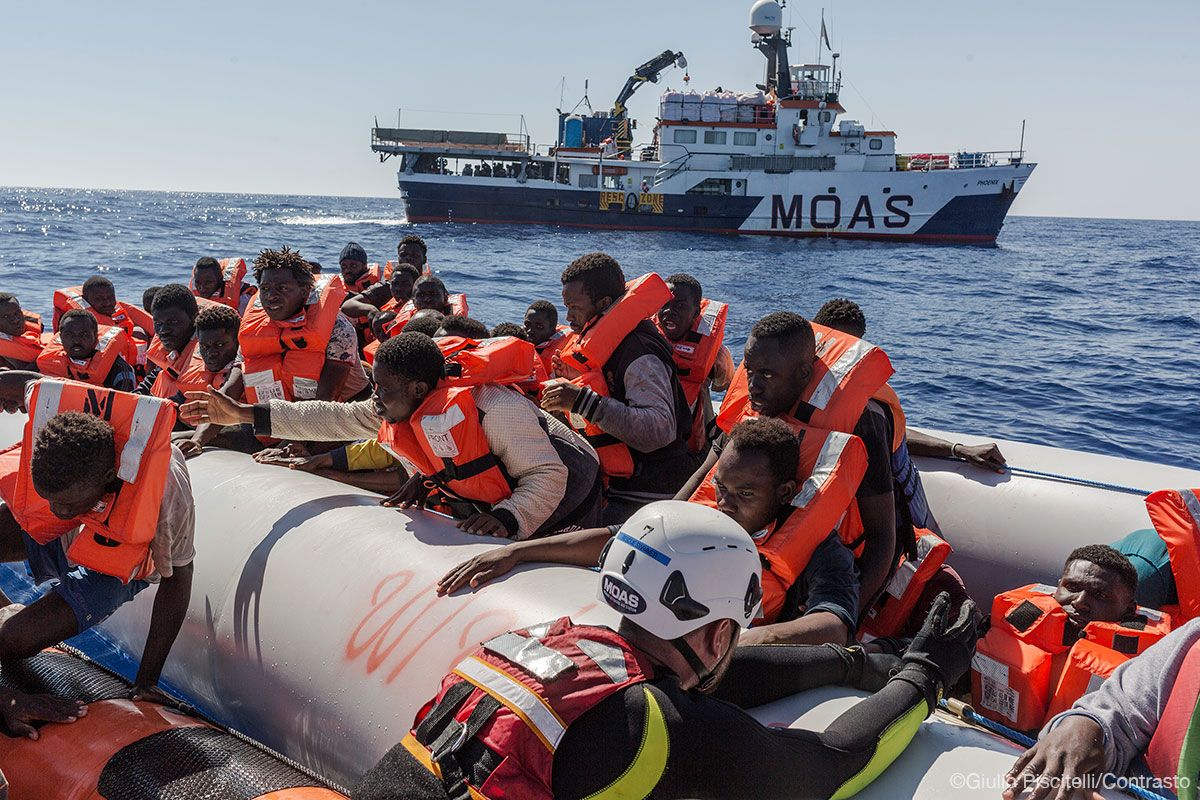 Posted at 12:58h in blog by admin
Reading Time: 3 minutes

Last week around 12,000 people were disembarked on Italian shores after being rescued by 22 ships, mainly run by NGOs, which are operating at sea to assist and rescue an unprecedented number of people jam-packed on unsafe vessels.

Among them was a baby born during the crossing who did not survive: upon their arrival rescuers were powerless and his small lifeless body arrived in Pozzalo on board the Italian Navy ship, Foscari.

The main ports of disembarkation saw a real race to properly welcome those who had survived the deadly journeys.

Faced with such a significant migration phenomenon, politicians mainly reacted by proposing closing the ports to rescue vessels not flying the Italian flag.

The current situation is critical and its extent cannot be denied. Nobody thinks that Italy can continue facing similar situations if left alone by the European Member States. Far from being an unforeseen emergency, this has been a daily routine for years.

As stated by Sant’Egidio, a potential solution would be to efficiently use the tools provided by European Law, namely the directive nr 55 of July 2001.

The people rescued at sea don’t arrive in Europe on vacation or for amusement. They arrive after surviving hellish journeys among the desert and Libyan prisons where human rights are violated.

Preventing them from disembarking in Italy, which is currently the country coordinating SAR activities at sea through the MRCC in Rome and hosting the first safe ports, would mean protracting their agony.

It means increasing the amount of time people spend on board the NGOs vessels and postponing their long-awaited arrival on the mainland, which is the starting point of a new life.

Unaware of what they will face amid a precarious welcoming and a lack of integration, those who are rescued at sea try their best to escape their awful memories and focus all energy on beginning a new life.

I wonder if policy-makers at all levels focus on this.

I wonder if the well-being, safety and security of those rescued are considered a priority.

The general approach too often ignores that migration has a tragic, though astonishing, dimension and focuses on figures and a mass of people ‘invading’ our territory and stealing our possessions.

Nevertheless, this approach that focuses on clash and opposition destroys empathy. We end up forgetting that those arriving in Europe after journeys of hope are victims of awful circumstances, and that their journey is not a choice, but the only option left in order to survive.

Nobody decides to become a refugee.

Nobody decides to flee their homeland to start a hellish journey.

Nobody, thus, should forget the suffering of those who have lost everything except their life and hope.

“But what shall I say to you about men? We esteem ourselves (and shall always do so) to be in the same relation to the rest of created beings as the Earth is to the Universe. And more than this. Supreme among terrestrial creatures, we all, including the ragged beggar who dines on a morsel of black bread, have a most exalted idea of ourselves. We are each of us emperors, and our empire is only bounded by the Universe, for it includes all the stars and planets, visible and invisible. Man is, in his own estimation, the final cause of all things, including even your Illustrious Lordship”