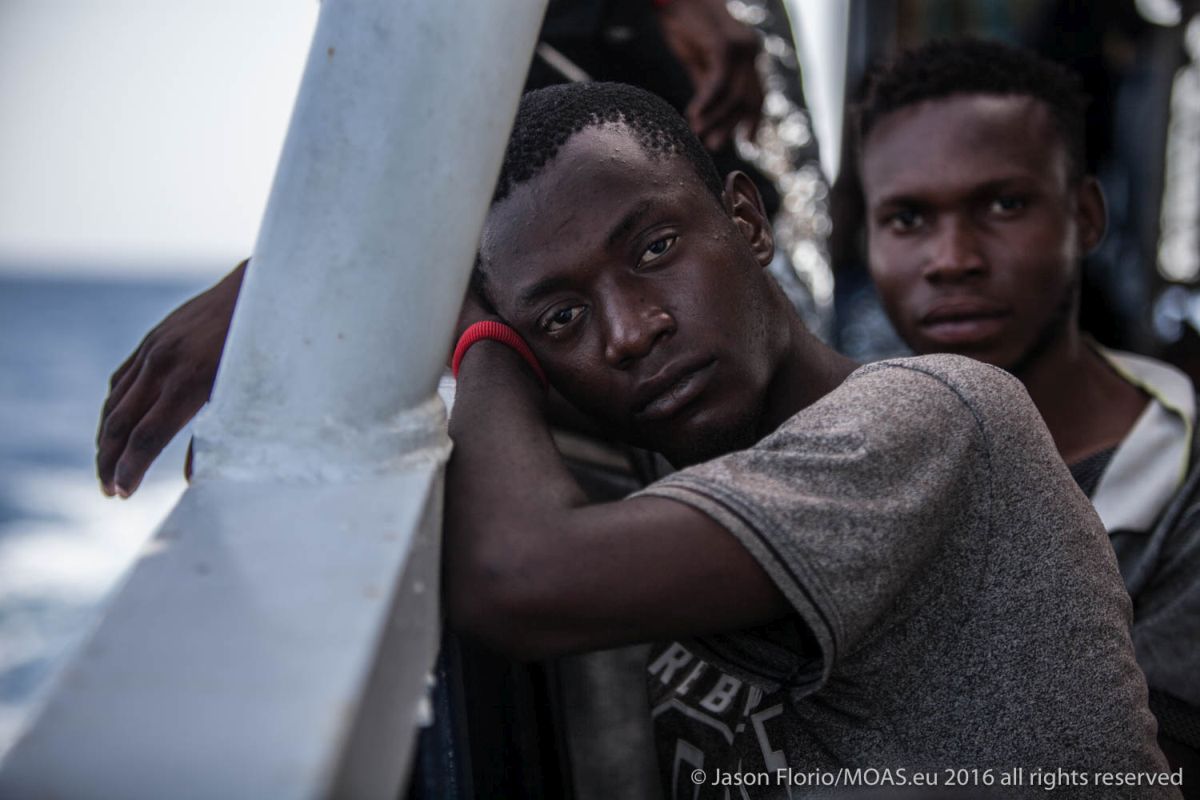 Posted at 08:05h in blog by admin
Reading Time: 3 minutes

On May 29th in Italy a report was issued by Cospe, Carta di Roma and Osservatorio di Pisa to discuss the role of NGOs operating at sea.

This report focuses on the way SAR activities are described by media and stresses that humanitarian organisations use a simple and direct language to spread the stories of those rescued at sea.

Since our first mission in 2014, we have aimed to conduct the most effective and professional operations possible, enrolling highly-qualified crews to meet the highest requirements both during rescue operations at sea and in providing post-rescue care.

But, apart from technical details and our cooperation with all entities at sea and on land, since our inception MOAS has focused on giving dignity back to people we rescue, after it had been denied to them for too long.

They are not migrants, nor refugees, nor economic or illegal migrants.

They are just people.

We have paid attention to a deeply human dimension: we have talked with them and listened to their stories. And we haven’t done so just for statistics or demographics, which are nevertheless so important in understanding current migration.

Through social media we have told stories about unaccompanied minors, Syrian families who were almost drowned in the Aegean Sea, men and women looking for peace, and those who haven’t made it to Europe. We have done all we could to focus on the people beyond the figures, to restore people’s identity amid depictions of a chaotic mass, frightening to those who watch these scenes on a TV screen.

Storytelling is crucial because through words we build bridges connecting us to other people. Storytelling is fundamental to developing empathy as well as a feeling of brotherhood, which allows us to move beyond the fear of “migrants”. In the end, migrants are seen for what they really are: human being like all of us.

After the horrendous shipwreck in October 2013, both the former Minister of the Interior and the Pope called upon the strengthening of SAR activities at sea. Those casualties appeared even more horrific as they could have been avoided.

At that time, accusations of collusion with traffickers and smugglers, acting as a sort of taxi to assist overcrowded vessels in distress, were still inconceivable. Moreover, nobody would have dared to talk about casualties at sea as deterrent to departures from Libyan shores, saying that people leave because NGOs are out at sea to rescue them.

Unfortunately, due to unscrupulous politicians exploiting people’s fears, the current debate has moved beyond facts, and rescue activities at sea are now vilified, together with solidarity, which is presented as a crime.

“Amid the huge amount of information something clearly arises: suspicion. Suspicion of those who save lives at sea, namely NGOs, involved in all SAR activities”*

We have seen fake news, statements, alleged evidence proving connections with traffickers, questions asked only to discredit those committed to saving human lives.

But now what remains of those speculations? What’s left of that fake news, which has been in the media spotlight for months?

What is left is a widespread suspicion, poisoning everything and killing mercy, empathy and solidarity, and the inability to accept what’s good around us and trust others. Everything is under accusation, everything seems to have a dark side even if there is no evidence to prove it. It is enough to arouse suspicion and it will continue to spread.

But if we are no longer able to acknowledge, appreciate and value solidarity and that which is good, what is left beyond groundless suspicion and attacks?

*Both quotes come from the Italian report