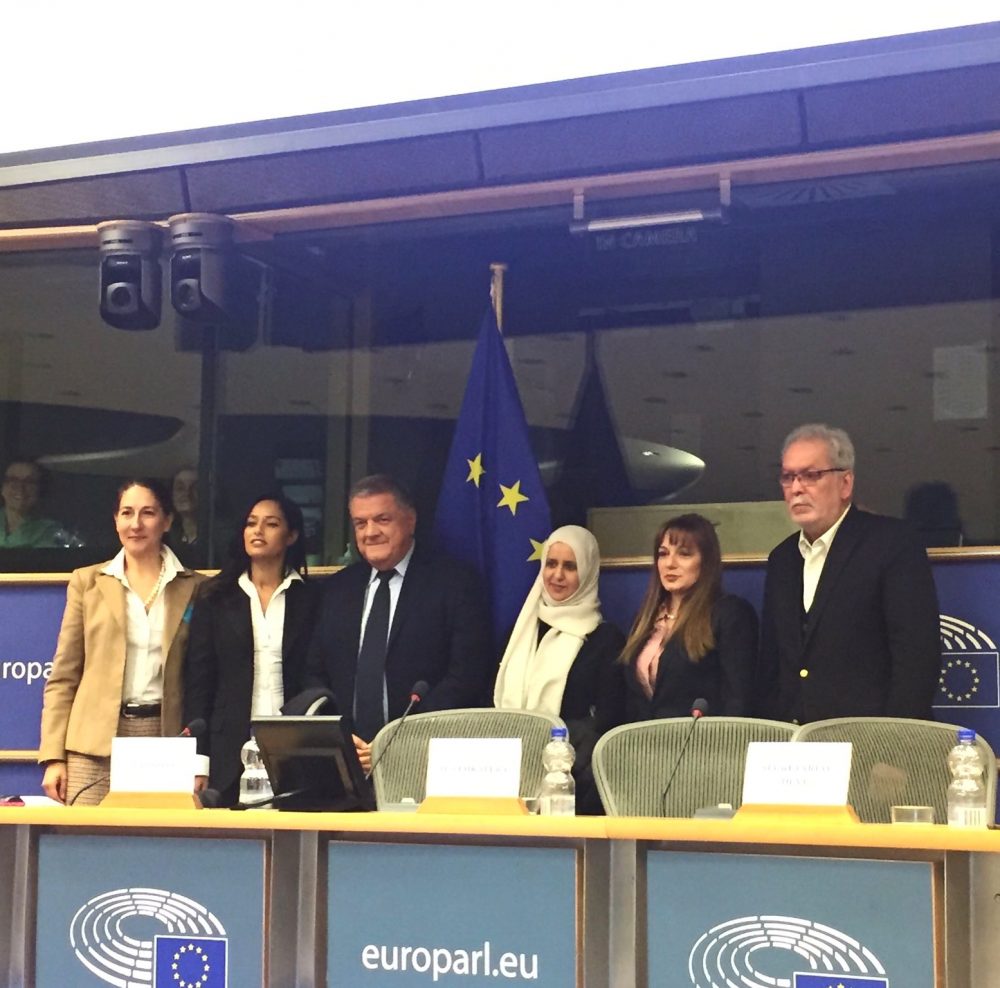 Last January 24th, I was invited to the European Parliament to participate in a conversation about Yemen that gave me a chance to introduce our upcoming mission to bring medical assistance to the exhausted Yemen population. Before starting our mission in Bangladesh to support the Rohingya after their unparalleled exodus, I had mentioned the crossings along this sea route that are almost completely neglected by media and have very uncommon features. Nobody would dare board a flimsy vessel to reach an extremely poor country, ravaged by years of war and where people die from starvation and preventable diseases.

Nonetheless, abuse and violence are often hidden behind a curtain of silence and indifference or shadowed by the personal interests of a few powerful men who get richer in spite of high human costs. This is what happens to many under-reported humanitarian crises like the ones in South-Sudan and Ethiopia, as well as to Bangladesh and the vast Rohingya community. Also, it is so easy to get around the regulations banning the sale of weapons to belligerent countries and sell them to nations that evade international obligation to fuel clashes.

During the meeting at the European Parliament, I had the honour to meet and exchange views with people who work to defend Human Rights, such as Mr Panzeri who kindly invited me and Ms Vehkaperä (Vice-President at the European Parliament’s development committee). Kamel JENDOUBI and Radhya AL-MUTAWAKEL (human rights activists), as well as journalist and academic Farian SABAHI also took the floor. Based on our personal experience, we all called on the EU not to forget Yemenis, to act as soon as possible and to choose peace over war. Yemen – like many other world regions – has been for too long in the hands of the lords of war. Innocent children, women and men have been abandoned at the mercy of people selling death, mutilations and hard to imagine horrors. 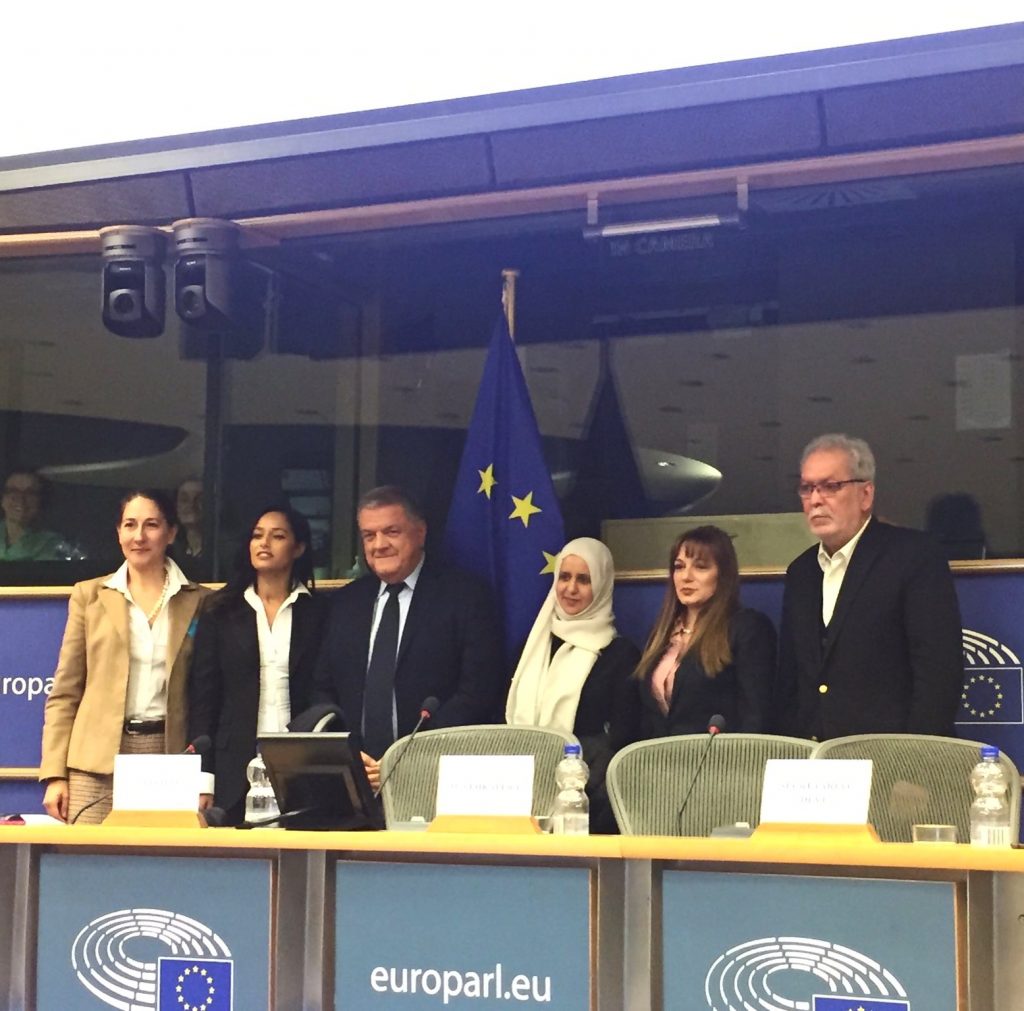 For this reason, I join the European MPs asking to “strengthen the checks on EU arms exports” after affirming that they were “shocked at the amount of EU-made weapons and ammunition found in the hands of Da’esh, in Syria and Iraq” . As confirmed by Rapporteur Sabine Lösing, “arms exports do not stabilise foreign countries or regions, neither do they help create peace”, but “the Common Position on arms exports must be implemented effectively” including “a sanctions mechanism”.

It’s pure illusion to think that we are safe, as long as conflicts hit someone else.

We are wrong when we think that abuse, death, violence and preventable diseases are none of our business. As we do with the tragic crossings in the Aegean sea where – between 2015 and 2016- MOAS’ SAR mission rescued 2000 people, mostly fleeing endless conflicts in the Middle East. Or with the Central and Western Mediterranean where there are no more witnesses, and people in distress shout out in their unheard desperation. As we do with the stateless and historically persecuted Rohingya minority and the countless humanitarian crises afflicting our humanity.

Along the Central Mediterranean route we operated from 2014, being the first NGO run by the civil society that reacts to unnecessary deaths at sea. In three years, we rescued and assisted more than 40,000 people before redeploying in Southeast Asia. In light of the new operational scenario at sea, we didn’t want to become part of a mechanism of push-backs and cooperation with the Libyan Coast Guard and decided to focus resources and talents to keep hope alive in an oppressed minority victim of genocide, ethnic cleansing and crimes against humanity.

In one year, our primary healthcare centres in Shamlapur and Unchiprang (Cox’s Bazar, Bangladesh) treated 90,000 Rohingya and Bangladeshi patients. The Phoenix arrived in September with 40 tons of humanitarian aid, and we immediately worked to open two primary health centres. In mid-October we were already working on the ground and we have never stopped. We continued to work also during the monsoon and cyclone season and took part in vaccination campaigns and monsoon preparedness trainings.

Following our founding principle to bring assistance where needed most, in 2019 we want to adjust once again to new, global challenges. So, we want to launch a pilot project as soon as possible to grant the provision of humanitarian and medical aid to local organisations. Additionally, the Phoenix and its onboard clinic could potentially provide medical assistance based on people’s needs and thanks to the cooperation with entities committed to safeguarding human life as the highest priority. We hope that the European Union will act according to its founding principle of solidarity, because “more than 22 million Yemenis are now dependent on external assistance and with almost 8 and a half million people on the verge of famine, the number could jump to 14 million – half the country’s population – if the situation continues to deteriorate.’’

Let’s keep hope alive in the hearts of those who live in war, but look for peace.