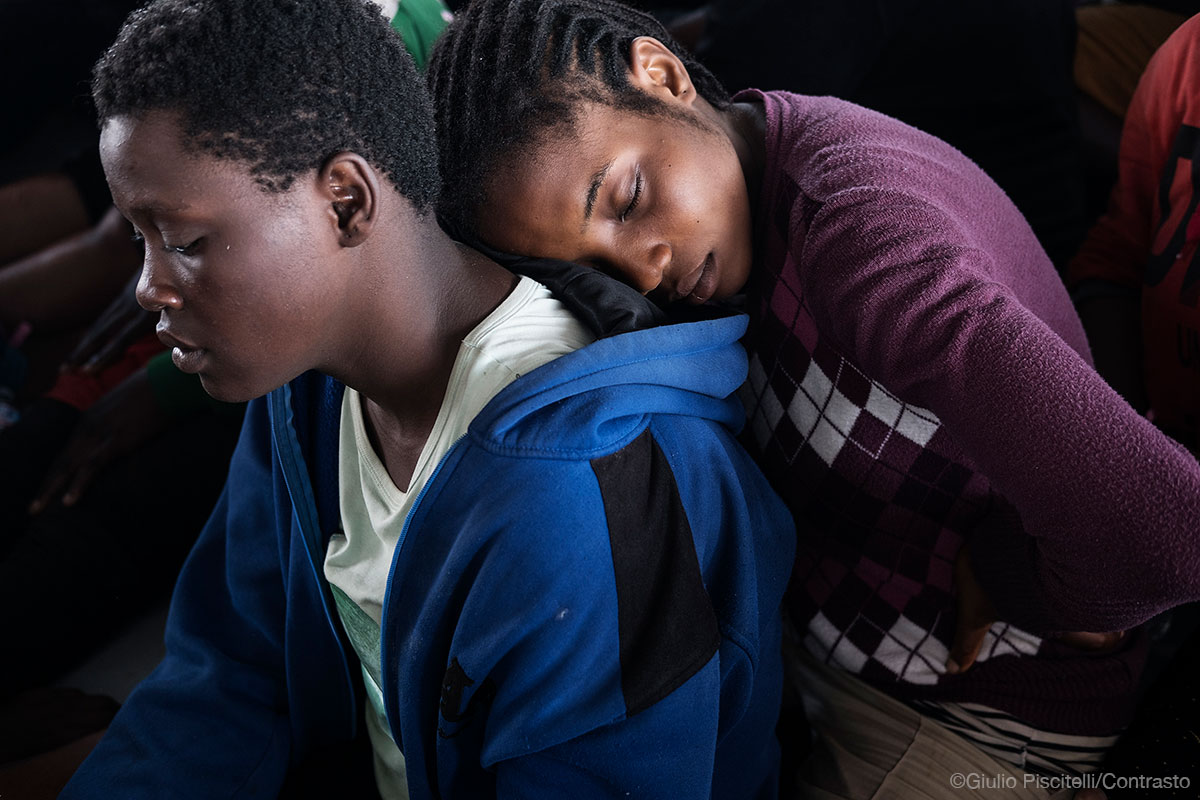 Posted at 11:52h in blog by admin
Reading Time: 3 minutes

Migration is undeniably the defining issue of our era.

Despite being rooted in human history and a distinctive feature of mankind, it is now being presented as something tragically new. Every day we are overwhelmed by more or less accurate news dealing with migration flows in the Mediterranean basin, since they influence our social and economic organization and destabilize our national policies.

It is not necessary to trace back the old and numerous conquerors who arrived from the Mediterranean Sea to understand that current migration flows represent a remarkable increase in a rooted trend in this area.

The sea dividing Africa and Europe has always connected different cultures and civilizations, that have mutually enriched each other over the centuries. On that sea route people sail in both directions, but while those going to Africa have done so to establish despicable regimes and exploit local resources, those coming to Europe from the African continent represent the last resort for those who cannot survive in their countries of origin.

In the summer of 2013 there was a turning point for my family and I. We were sailing on vacation along the route between Lampedusa and Tunisia, when we spotted a beige jacket which probably had belonged to someone who did not reach the mainland. As many others, we were aware of the shipwrecks and disembarkations on Italian shores, and we knew what was going on out at sea.

We were now in front of a tangible piece of evidence, and this was our reality check. We could no longer ignore the fact that people were dying to reach a safe place. We had to act as soon as possible.

In the meantime, from Lampedusa Pope Francis urged us to avoid the globalization of indifference, that makes us blind and deaf  to the suffering of our less fortunate brothers and sisters. A few months after the horrific shipwreck on October 3rd 2013, we saw the pictures of the recovered bodies on the pristine white sand, and they gave us further motivation; together with the appeal of the Italian Minister of Interiors who asked civil society and EU Member States to support Italy, who would be confronted with many challenges in the upcoming months and years. Soon after, the humanitarian and military mission Mare Nostrum was launched, and we worked together till its end. People were dying out at sea, so we needed a vessel able to provide rescue and post-rescue assistance as well as the transferring of people to a port of disembarkation.

In Virginia we found the Phoenix, which we refurbished and equipped for its new mission of assisting and rescuing people at sea and on board when sailing to the assigned port.

We have always believed in the positive use of technology, and so we used drones as MOAS’ eyes in the sky till October 2016, allowing us to expand our SAR area for many miles, and to share all the data collected with the MRCC based in Rome. During the ongoing 2017 mission we are now using a maritime patrol aircraft which owns the same technology and gives us a more detailed overview of the situation out at sea.

We acted both as civil society and as a family that cannot accept tragic and unnecessary casualties at sea. We knew we were filling a gap left by a lack of efficient, shared European policies, and we have been happy to see other organizations following our footsteps. We hoped that our presence at sea would have then become superfluous because nobody would have been forced to rely on human traffickers to get to Europe after hellish journeys.

Regrettably, not only has the number of people jam-packed on unseaworthy vessels increased, as has the number of those stranded in Libya amid violence and abuse; but solidarity is now viewed as a crime. After months of fake news and xenophobic statements against humanitarian organizations, the only true victims continue to be the vulnerable and desperate people suffering and dying both on the mainland in Europe and Libya, as well as at sea.

Migration is part of human history, and we are now at a tipping point. We must choose what our legacy will be and decide how we want to be remembered among our future generations. Do we want to be remembered as those who left people dying after fleeing war and extreme poverty amid insults or indifference? Or do we want to recover our own shared humanity and start a long-term process to eradicate the triggering factors generating current migration flows, by focusing on their countries of origin and by decently integrating those who already live in Europe?

MOAS firmly believes that No One Deserves to Die at Sea, and we are proud to have rescued more than 39.000 human lives in just 3 years.

This article was originally published by Huffington Post Italia