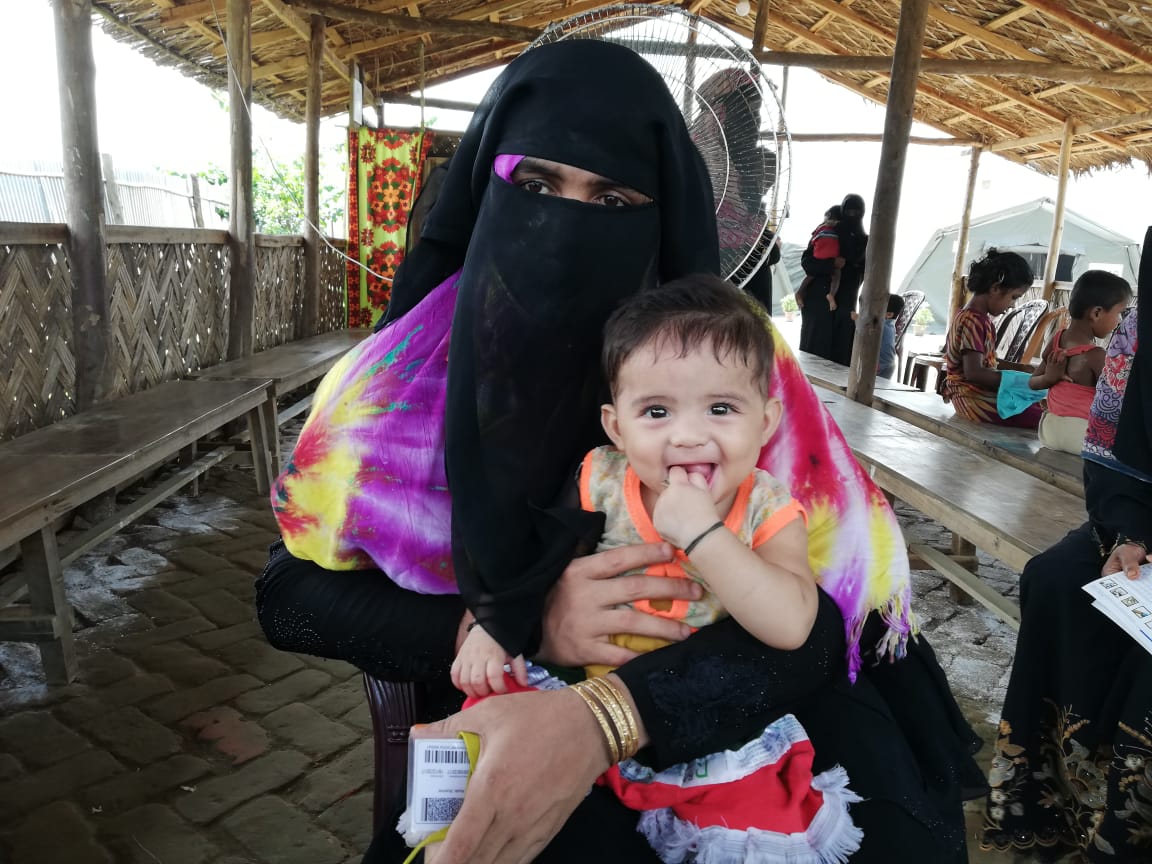 Rosna is six months old and is currently living in Unchiprang with her father (30) and mother (25), who takes her to the local MOAS Aid Station that was opened last November to face a constant flow of Rohingya refugees fleeing persecution in Myanmar. Rosna has a skin infection and is given the right treatment by our medical staff. Meanwhile, her mother is interviewed by our medical staff. Her tales confirm the horrific abuses experienced by many other Rohingya and reported by the UN and Fortify Rights to document the crimes perpetrated by the Burmese army. Last summer, some reports clearly described the events as crimes against humanity, genocide, ethnic cleansing and war crimes against the historically persecuted Rohingya minority, whose members are not considered citizens. 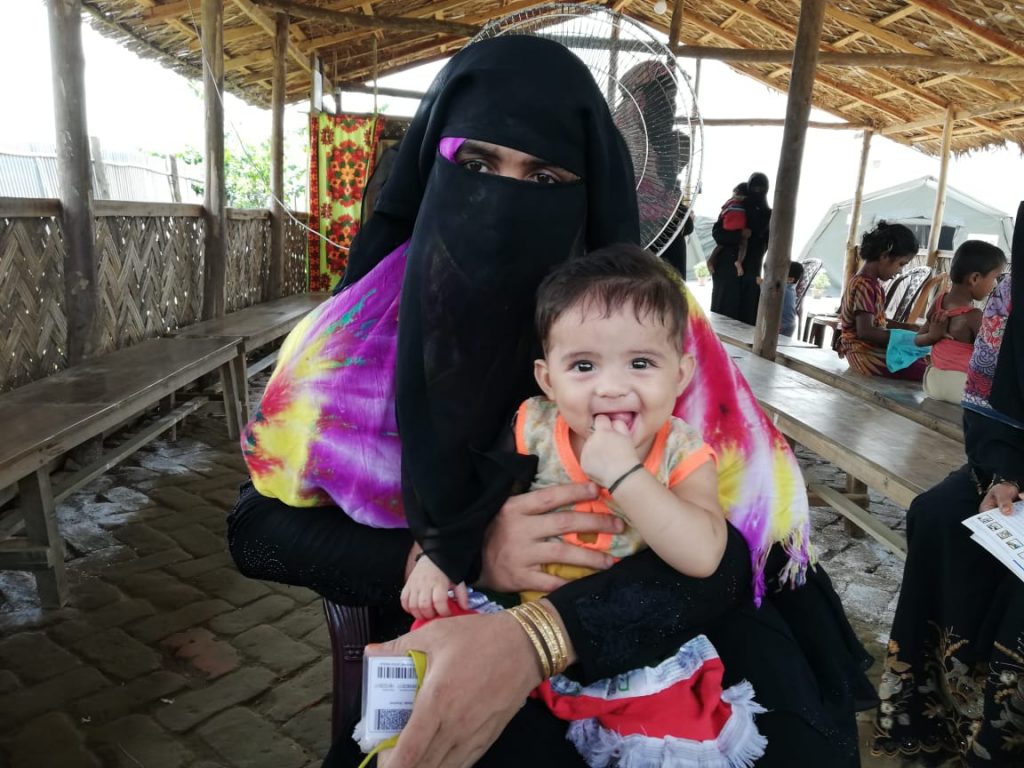 Rosna’s mother comes from Maungdaw township, one of the areas most affected by the Burmese crackdown, as many other MOAS patients who have shared with us similar stories of children thrown alive into burning fires, villages razed, women and girls systematically raped, and men kidnapped and probably killed. Somira (25) is diagnosed with a peptic ulcer (PUD) at our primary health centre and reports a similar story of violence. One day in August 2017, armed men arrived in her village, kidnapped more than 30 men, and beat and killed most of them, including her brother. After witnessing such atrocity, Somira didn’t feel safe anymore and understood that it was time to leave her homeland.

But, fleeing is not a solution, above all because reaching safety endangers people’s lives. In fact, both women recalled very dangerous journeys.

Some travelled with small, terrified children and had to hide in the hills before reaching the Bangladeshi border. Some had to hide for two weeks to escape the military and had not enough food or clean water. Others walked for days on muddy roads, carrying children and parents in baskets. In their mind, picturing their native villages razed to the ground. Other people arrived by sea on flimsy vessels and in appalling conditions; the less fortunate were on board boats that capsized, and their bodies were washed ashore.

Who is profiting from this situation? Criminals and traffickers exploiting the vulnerability of desperate people in search of safety. This is the real problem of forced migration. It cannot be stopped all of a sudden, but we can prevent unscrupulous people from taking advantage from it.

Nonetheless, the story of Rosna’s mother is not just a story of abuse, violence and desperation. When her family arrived in Bangladesh, they were warmly welcomed with generosity, brotherhood and open doors. For days, they were hosted in an old school where Bangladeshi families brought food and clothes, sharing their belongings with the newly arrived Rohingya. In light of this, we are happy that the MOAS mission in Southeast Asia, treated and assisted both Rohingya and Bangladeshi people with the ultimate goal to mitigate the suffering of every person in need.