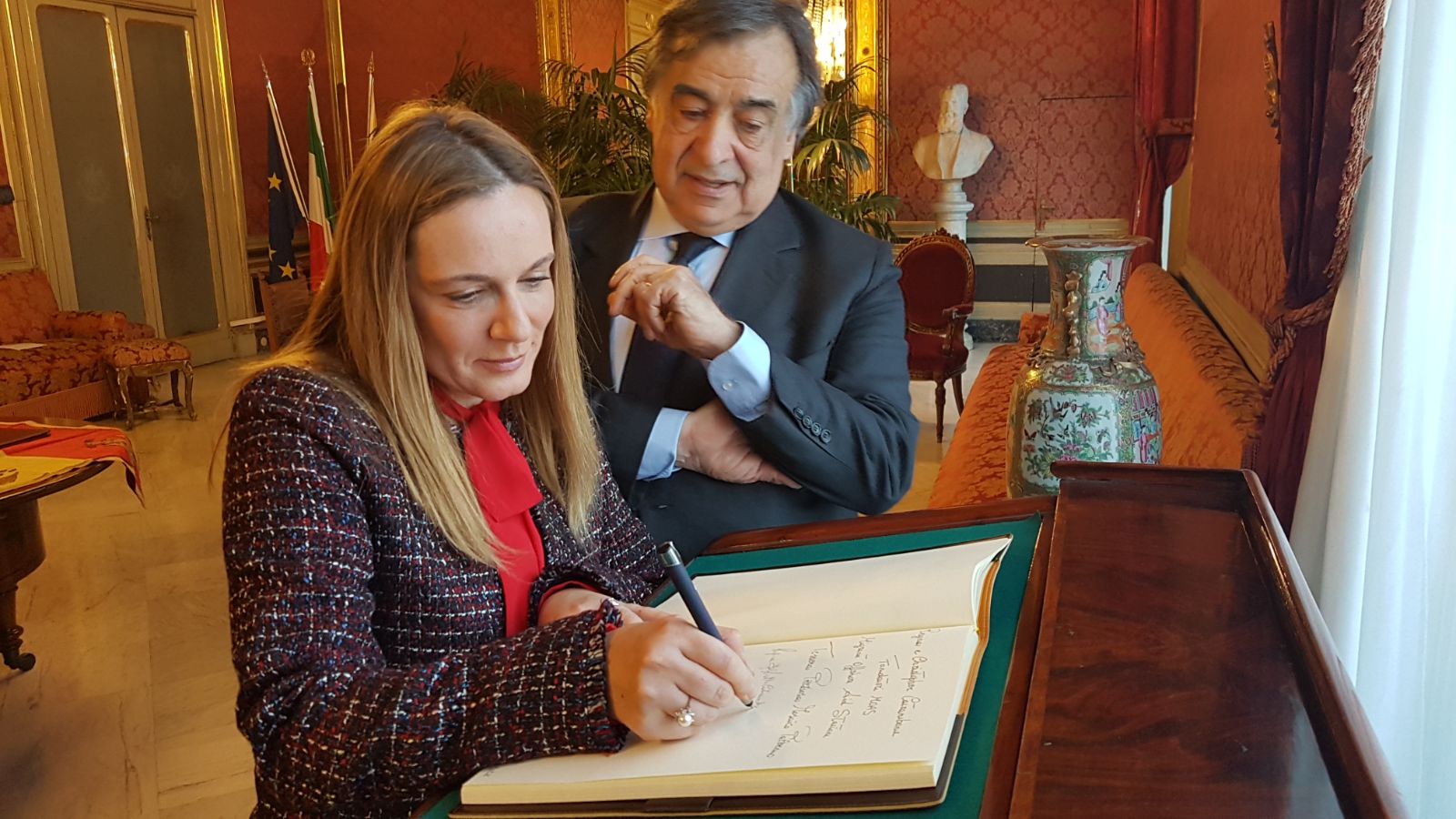 “The city of Palermo is made of many precious tiles, which are all part of its great mosaic. Every time we find a new tile we are honoured to acknowledge its contribution with an award called Tessera Preziosa Mosaico di Palermo.” This is how my meeting with the Mayor of Palermo, Leoluca Orlando, was concluded. The meeting took place on March 26th at the Pretorian Palace (also known as Palace of the Eagles), where I received this award – also on behalf of my husband Christopher, who could not attend the ceremony – recognising our commitment to saving human lives by creating MOAS (Migrant Offshore Aid Station).

In front of us, both Catholic, was a precious copy of the Quran that was around 200 years old and offered the perfect starting point to discuss the many challenges posed by migration. The City of Palermo is internationally considered a symbol of multiculturalism, welcome and integration, as well as a melting pot of different civilisations, which foster its eclectic and ever-changing soul. 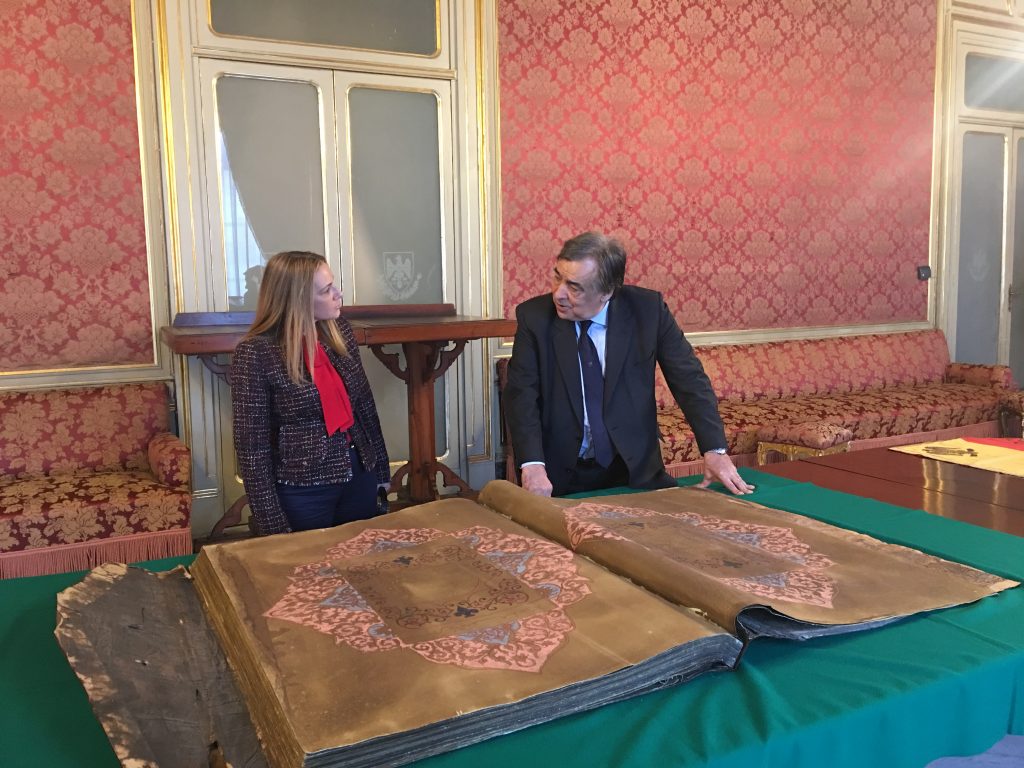 Meeting Mayor Orlando is like meeting a dear friend to exchange ideas, experiences and opinions. It seems we have known each other forever as we discuss the challenges of preserving the human dimension of a phenomenon which continues to cause enormous pain, despite being a constant for humankind.

Life without migration is unconceivable for me, born in Calabria, and for him, the mayor of a city eternally looking out to sea. We are accustomed to seeing new people arrive and we understand perfectly the nostalgia of those forced to leave their homelands in search of a better future. We both believe that stopping migration is a naïf, but dangerous, illusion.

Human beings travel, peoples move, while borders remain static after being theoretically defined. However, they are not neutral, nor imaginary lines. Today, borders kill in their obsolete attempt to preserve what Mr Orlando calls “the closed space of a past world” which has been overcome thanks to “Google and Ahmed, a notional migrant who disembarks on Sicilian shores. Thanks to them, we have overcome the idea of national States as closed spaces and of blood as the element that defines our identity.”

It is reassuring to hear the Mediterranean Sea defined as a “liquid continent” that should act as a bridge, not as a cemetery, for the many desperate people pushed by different reasons to search for peace, a better future or a decent job and quality education. In a time marked by the recrudescence of racist, xenophobic and violent ideologies that divide human beings by skin colour, origin and religion, the commitment of Palermo and its mayor to promoting integration and multiculturalism gives me hope. “This city unites what is usually divided”, Orlando explains, while talking about the different religious communities that find in him a connection and a mediator, encouraging each of them to do their best for the common good of their city. 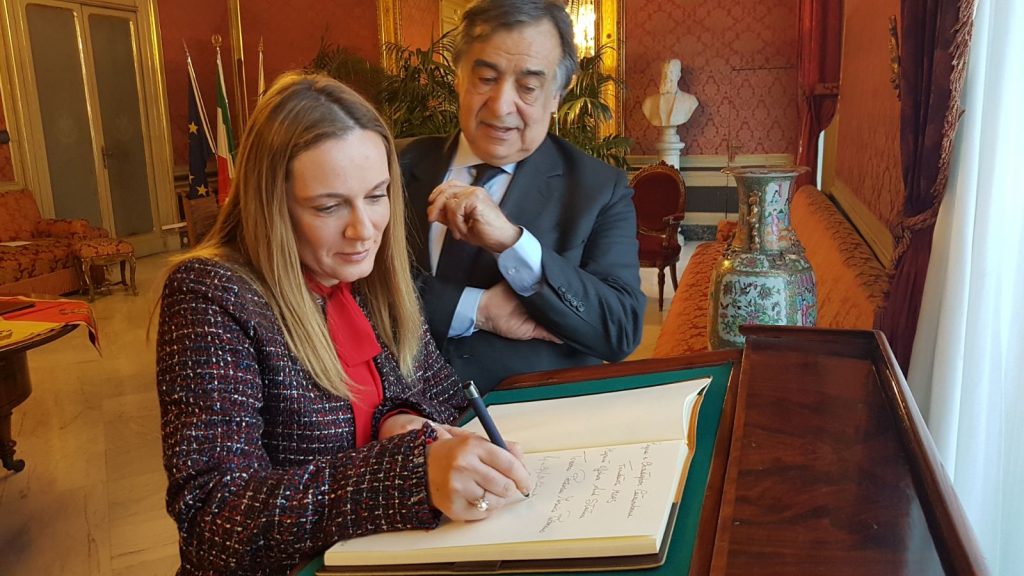 “If people ask me how many migrants live in Palermo, I reply: none! If you live in Palermo, you belong to Palermo”, he proudly tells me, while we discuss the main activities promoted by him and local organisations. “We, the mayors, have a duty to be an example”, and the same is true for citizens, I add. Civil society should play an active and responsible role and has the right/duty to support authorities in their activities, by contributing with its own creativity and resources. This is how MOAS started when my family decided to support Mare Nostrum, the only mission committed to saving human lives at sea in 2014. Throughout the years, thanks to that positive synergy, MOAS has become an international NGO with a major role in safeguarding the rights of the world’s most vulnerable migrant communities. In our first four years we rescued and assisted more than 40,000 children, women and men before moving to Bangladesh, where we now bring medical care and humanitarian aid to Rohingya refugees and local host communities. In Bangladesh, we are tirelessly working to prepare for the upcoming cyclone/monsoon season, which is expected to be especially lethal due to the many arrivals from Myanmar since last August 25th.

Before leaving, the mayor and I commit to meeting again and continuing to work so that one day there will be no refugees, asylum-seekers or economic migrants, but only human beings who are able to peacefully live together and respect what divides us, while greatly valuing what unites us. 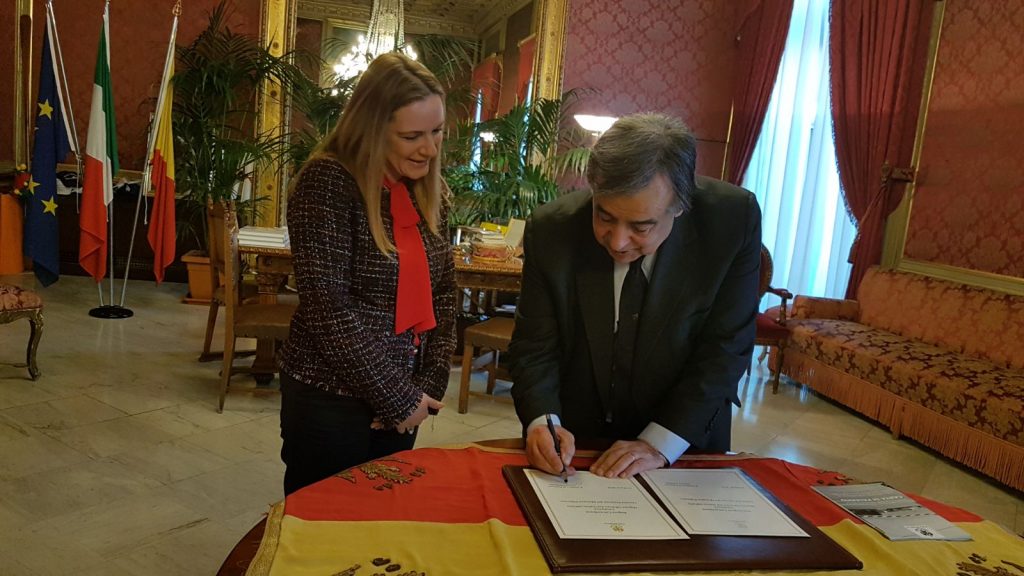