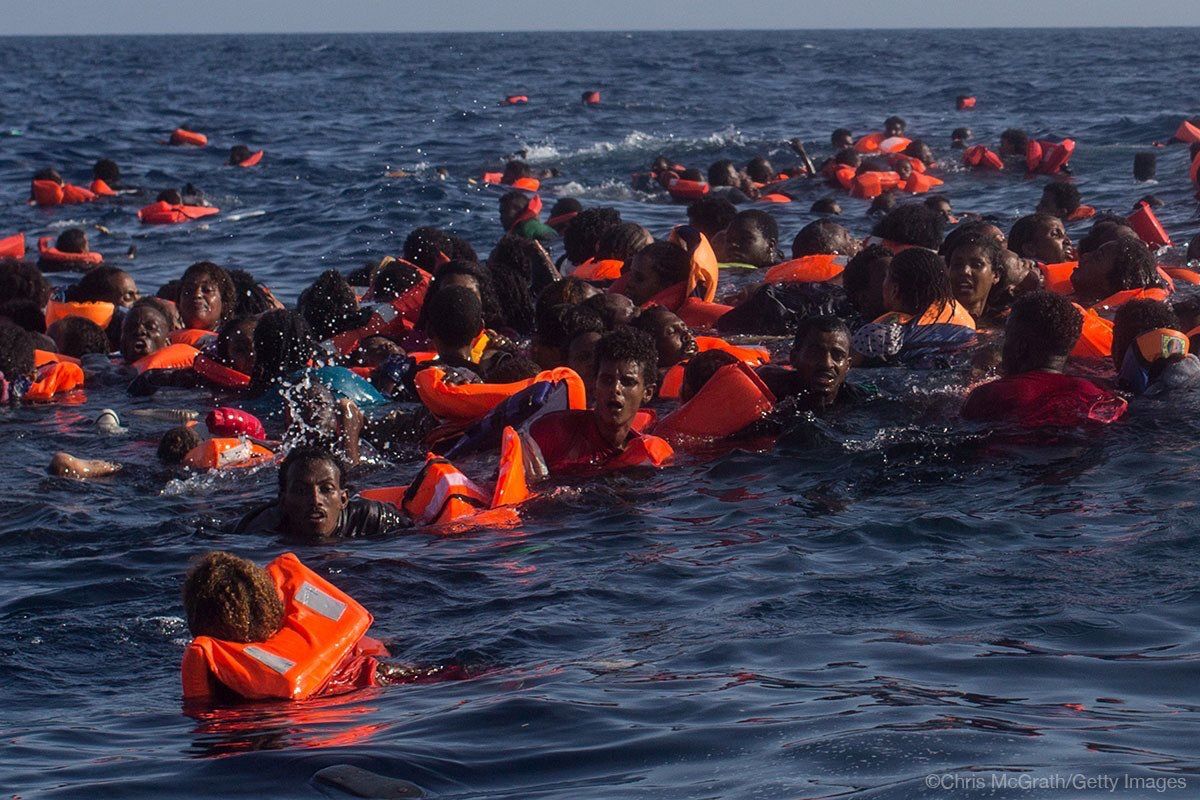 Posted at 12:01h in blog by admin
Reading Time: 4 minutes

After the awful Easter weekend in April another unprecedented situation occurred in the Mediterranean Sea on May 24th.

In the early morning the MOAS’ vessel Phoenix and its crew, spotted an overcrowded wooden boat in distress. Rescue activities started soon after the sighting on what turned to be an extremely difficult operation.

As we have seen many times, the conditions and situation of migrants attempting the Mediterranean crossing have worsened over the years, with an incredibly high number of people being packed on to each wooden boat or dinghy. The overcrowding and deteriorating conditions on board drastically increase risks for those making the journey. Vessels are in ever more danger of capsize in response to the slightest sea swell or movement on board.

This is the situation being faced by our SAR team as they distributed life jackets when movement on board and a slight swell cause the vessel to partially capsize. Around 400 people were thrown into the water while hundreds more remained locked in the hold below deck. 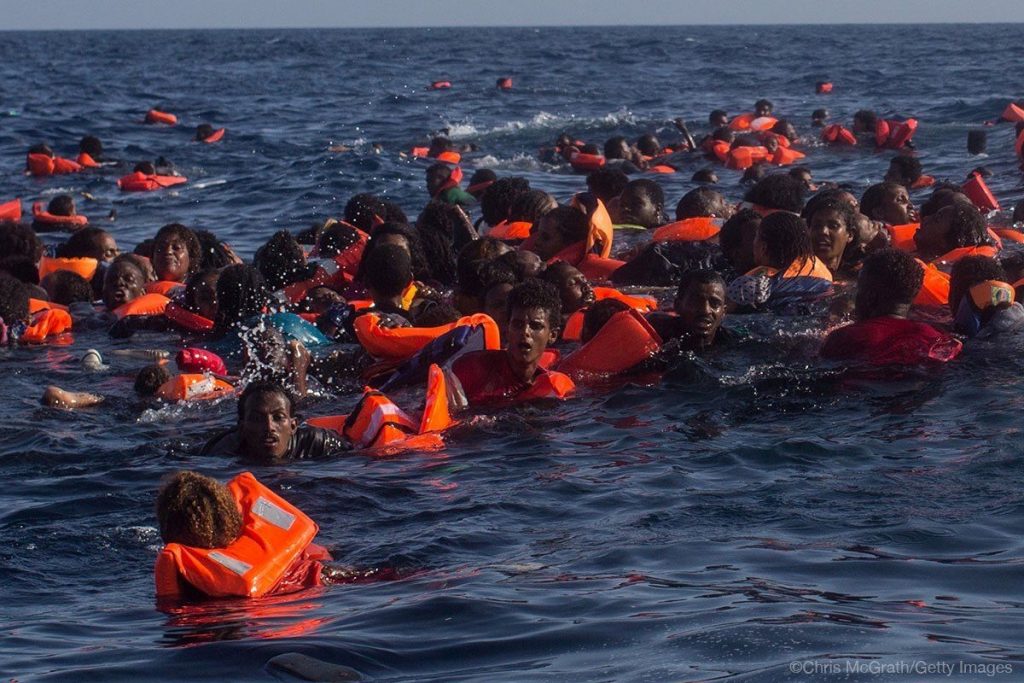 I would like to draw attention to the emotional side of this tragedy, which could, and should, have been avoided.

The MOAS crew found themselves in a hellish situation in a race to rescue those survivors who were in the water, fighting to stay alive- their lives hanging by a thread. Imagine the challenge you face with hundreds of people in the sea around you, making even navigating the rescue challenging for fear of exacerbating the situation.

On board the wooden boat the situation was also arduous. The hold below deck, usually used to store goods or catch, was packed full of people- locked in by the traffickers, packed on one another, as though they were disposable.

Heat, fear and bodies piled up in an suffocating place where people are forced amid excrement, sweat, tears, fuel, food leftovers and vomit degrading human life.

The rescue completed MOAS recovered 32 bodies from the sea and an additional survivor later succumbed on the Phoenix to secondary drowning, despite countless efforts made by our post rescue care team to revive him.

Among the dead were the bodies of 7 children, some only toddlers, as well as 14 women and 12 men.

The children who died that day had not caused the conflict, poverty and war they fled. Their parents just wanted to find a safe refuge for them. If those children had been born in a different place they might have been at school, or in a park, or playing with friends, instead of on that boat, the latest victims of this humanitarian crisis.

One of these children was the young son of a 6-month pregnant mother, who later lost her unborn child due to complications associated with the stress of loosing her son and her fight to stay alive. Who will ever be able to comfort her? How will she survive the pain of loosing her children while trying everything possible to save them?

In addition to the survivors taken on board by MOAS, 80 people were also transferred to another vessel. Those on the Phoenix began to sail north, travelling toward the port of Crotone.

During this journey from the SAR area to the port of disembarkation the Phoenix carried an immeasurable weight. In addition to the 562 survivors we carried the weight of those lifeless bodies on our shoulders, both as individuals and as a society.

This enormous human loss betrays the values of solidarity and human rights protection embodied by Europe.

Moreover, the long-awaited G7 in Taormina, and the associated security measures, prevented us from disembarking in Sicily and worsened the situation of those on board by lengthening the journey further. It was also a missed opportunity for the world’s leaders to take a genuine look at the pain caused by failed management strategies for migration.

It is evident that the current evolution of migration flows puts at stake much more than national, European and global stability at economic or political level. It actually puts at stake our humanity, our ability to cultivate our universal brotherhood.

If we look at the lack of action to avoid shipwrecks at sea, it seems our humanity is lost.

We do not show any mercy to those in pain and we accept that people die at sea, turning our head to avoid facing the problem. But ignoring a problem does not help solve it.

As MOAS’ co-founder in 2014 I decided with my family to be at the forefront of this crisis and give my personal contribution in order to rescue human lives at sea. So, we will stay out at sea as long as political and institutional solutions have yet to be established.

In light of this, since August 2016 we have been focusing and working on the opening of safe and legal routes to allow vulnerable groups to reach European soil in a safe way both for them and the welcoming countries.

Humanitarian corridors together with resettlement and relocation policies are not a mere tool needed to avoid the loss of human lives at sea, but also a way to fight against traffickers and restore our own humanity.

This would be a genuine choice of humanity.