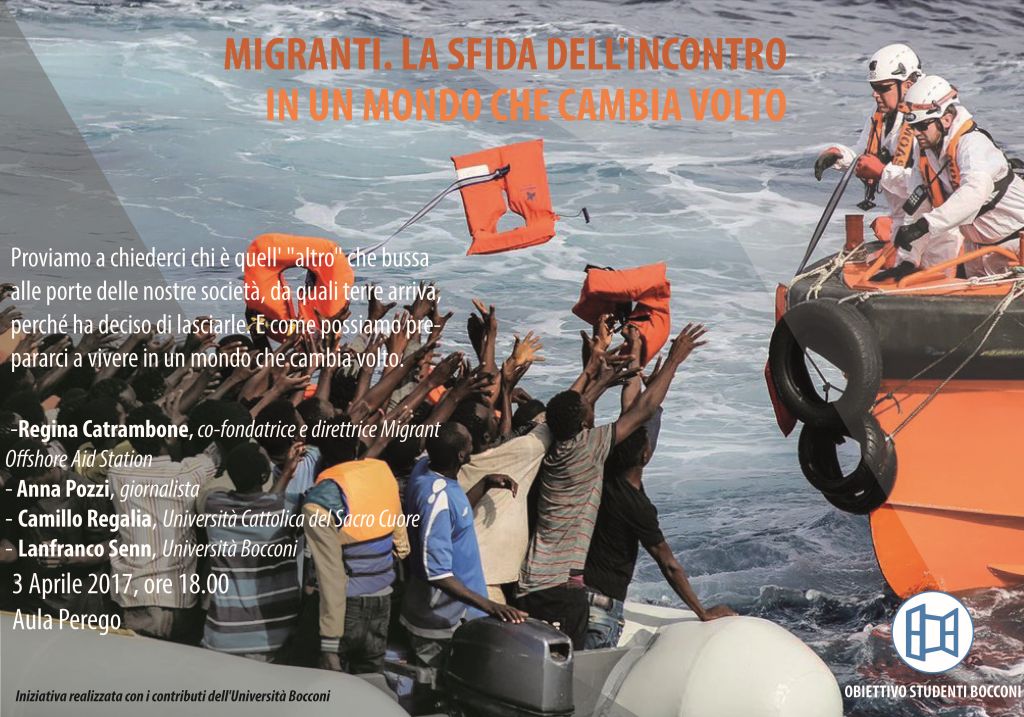 11 Apr 2017 A meeting at Bocconi University in Milan

Posted at 09:43h in blog by admin
Reading Time: 3 minutes

On April 3rd 2017 I was invited to Bocconi University to explain how my husband and I created MOAS: two business people who decided to be at the forefront of the current humanitarian and migratory crisis, considered the worst crisis in forced migration since World War II.

The event focused on the challenges posed by migrants in a constantly changing world. Other speakers also contributed to the discussion: Professor Lanfranco Senn, journalist Anna Pozzi and Professor Camillo Regalia.

Massimiliano Pozzi, a students’ representative, introduced our discussion and organised the event itself. Then, Professor Lanfranco Senn took the floor and gave a statistical overview focusing on figures and graphs to show how migration has changed in our country, while urging everyone to understand this complex phenomenon through strict assessments of the available data. It is necessary to be deeply aware of what surrounds us and go beyond our immediate perception.

During my speech, I presented some data about arrivals and rescue operations together with a list of the main nationalities rescued by MOAS’ crews. I also mentioned a report issued by Migrant Report in 2016 about the horrific situation of Rohingya people in Myanmar and Rakhine State.

I explained that MOAS is an NGO that was created by a family that decided to stop ignoring a situation of extreme pain and injustice, while sailing on holiday to celebrate business successes along the deadliest migratory route in the world.

MOAS was born in our hearts and has impacted both our minds and our wallet. It was founded in response to Pope Francis who in Lampedusa warned against the globalisation of indifference. With my husband Christopher and my daughter Maria Luisa we decided to listen to his words.

Contemporary society sorely needs entrepreneurs who will invest in philanthropic projects, bringing a human perspective to economics and being inspired by a shared morality. Our aim was to react to people dying at sea and avoid getting used to these deaths: we wanted to shift the attention of citizens and humanitarian organisations from the harbours, where people disembarked, to the sea where many were still losing their life.

Despite having rescued 33,000 people by the end of our 2016 mission, and assisted 320 people during our first SAR operation after the 2017 mission was launched on April 1st, there is still a lot to do. 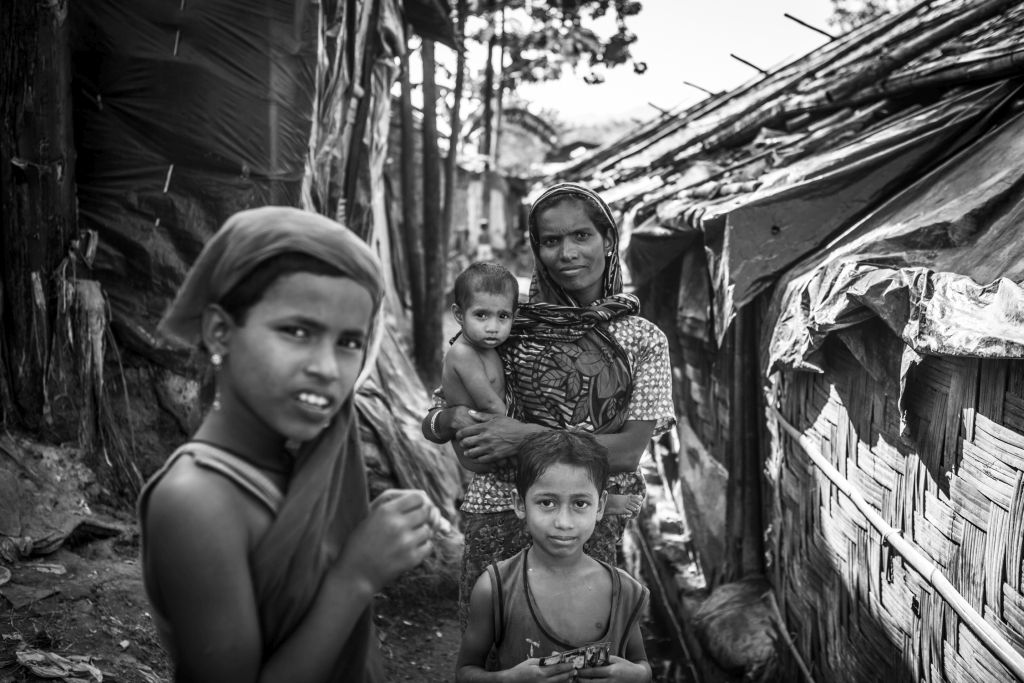 The situation is worsening at all levels. In Libya, there are detention camps where unbearable abuses are perpetrated; at sea, people are jam-packed in unstable boats; countries of arrival have no effective welcoming strategy.

This year we decided to replace our drones with a maritime patrol aircraft to increase our search capabilities even more. MOAS is always willing to combine philanthropy, civil commitment and technology to rescue human lives at sea.

Anna Pozzi, a journalist I met during an event organised by Gariwo at PIME in Milan for the 2017 Holocaust Remembrance Day, gave a very moving speech about human trafficking, a phenomenon concerning all countries in the world. Trafficking implies recruitment and transport, as well as violence and fraud of the victims who believe in the promise of a better future, but find themselves trapped in a nightmare. Women and girls, for example, are exploited by prostitution networks.

I agreed with the opinion expressed by Professor Camillo Regalia, who is an expert in the field of psychology of migration and highlighted the importance of hope and the need to stop looking at migrants as mere victims of their painful past. As entrepreneurs, we have always focused on human capital and tried to maximize the personal talent of those rescued in order to contribute to our shared society. These are extremely resilient people. We shouldn’t focus only on their wounds, but also on their needs and ambitions.

In the end we explored the meaning of integration, which represents a fundamental bridge between the past and future of every human being and connects different cultures. Despite being something widely aimed for, integration is a positive reality just in a few cases. School and education systems play a crucial role in this regard, as proved by a girl studying at Bocconi University who shared her moving experience with the audience.

The seed planted during this meeting represents the relationship with the students. I hope this seed will blossom through future occasions of working together and be a valid example for future entrepreneurs to use personal talent and resources to build a more welcoming society where human rights are safeguarded not as a privilege of a few people, but for everyone on our Earth.