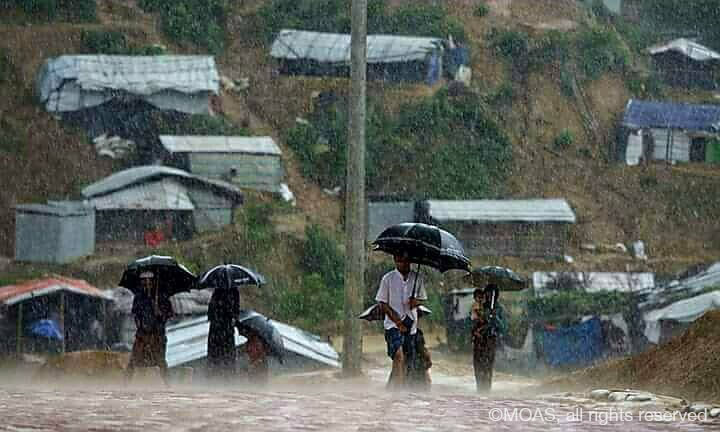 23 Jul 2018 A life on the move without going anywhere: How people get stuck in the limbo of forcible displacement

‘A life on the move’ could be the amazing title of an adventurous movie or a travel book with stunning places to visit. Unfortunately, currently it’s the sad and inhuman plight of millions of people around the world. An unprecedented number of individuals are constantly forced to leave home and seek sanctuary somewhere else. Displacement is a terrifying experience when it goes hand in hand with extreme poverty, violence, abuse and the impossibility to satisfy basic needs. It usually starts internally, because people first look for better living conditions in neighbouring areas, but if necessary their exodus continues after crossing national borders.

At that point, they stop being internally displaced persons (IDPs) and become eligible for asylum and refugee status. Nevertheless, in the end, they are still human beings, who deserve rights, respect and dignity regardless of their legal status. Why am I stressing this? Because the current public debate seems to have forgotten that forcibly displaced persons and refugees are human and have backgrounds, family histories, dreams and hopes like everybody else. We treat them as numbers, we use them for our statistics, we fear them, because we conceive of them as a massive flow of unknown foreigners. We talk about them. But, we often don’t talk to them and we rarely look at them as individuals.

Have you ever wondered what it means to be displaced? It means to be eradicated from your home and prevented from going back for safety and security reasons or simply because your home was ravaged. Do you remember the playground where you used to play with your best friends? Forget it! Either it doesn’t exist anymore or you will never be able to gaze at it again.

In 2017, 68.5 million people were displaced at global level, and by 2050 their number could increase by 140 million for climate and environment-related factors. A recent report by the World Bank depicts a terrifying scenario and a need for urgent actions to be taken in order to reverse the current deadly trend. Theoretically, by 2050 climate might be responsible for the following internal displacements: 40 million in Asia, 86 million in Sub-Saharan Africa and 17 million Latin America. In such an appalling scenario, the good news is that if we implement good environmental practices, we might reduce the number of climate displacements by 80%. Will we ever make up our mind and rethink our life style to make it more sustainable and responsible towards the world we live in and its inhabitants? I really hope so.

During my stays in Bangladesh, after the 2017 unprecedented Rohingya exodus, I have experienced first-hand what it means to live in overcrowded refugee camps in a disaster-prone country. Heavy monsoon rains can wash away shelters and claim the lives of vulnerable people in areas at great risk of landslides and flooding. Can we try and imagine how Rohingya people might feel now? After a life of marginalisation and segregation, after previous displacements and consequent returns, after the latest military crackdown in August 2017, around 700,000 sought sanctuary in Bangladesh, only to find themselves trapped in unsafe areas where extreme weather conditions and poor planning threaten their lives.

Displacements and natural disasters further disrupt access to healthcare and education facilities, impeding people’s full development. Displacements mean no stability at all, as well as an incumbent and never-ending threat. This is true not only in Southeast Asia, but all over the world, especially if we look at countries like the Democratic Republic of Congo (DRC) and Syria. In 2017, an estimated 5.1 million Congolese individuals were forcibly displaced; among them 4.1 million were internally displaced. Syria continued to account for the world’s largest displaced population, after years of protracted civil war and without any peaceful solution in sight.

What about children? According to the latest UNICEF data, for the first time in human history, there are 30 million forcibly displaced children, and they represent 28% of trafficking victims at global level. Most of them have never seen a doctor or experienced life outside a refugee/displaced persons camp; they have never gone to school to receive adequate education, but have only received the rudiments of their religion. In many cases, their one and only window to the external world is us, our smartphones and what we can show them through a screen. The fact is that they will never fully enjoy the happiness of childhood.

In their perpetual movement, displaced people don’t really go anywhere. They are stuck to their adverse fate with very little chance to change it for the better.Either they die from despair at home or they die from hope during a fatal journey to seek sanctuary. The luckiest ones reach safety and start a new life against all odds.

Nonetheless, they resist. They hope. They dream. They fight every day for their wishes and aspirations. They do everything to give their loved ones a safe place to live. They move over and over again and adjust to ever-changing environments, while learning to call ‘home’ brand new places. Yet, their movement is pure illusion, because it entails no real evolution in light of the profound lack of vision and long-term support by the international community.

Have we ever taken into account the social and evolutional cost of this?