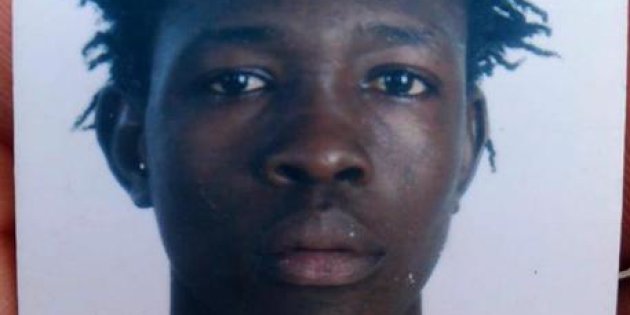 “I was an irregular migrant and an asylum-seeker. I was jailed and forced to work as a slave when I was still a minor in a factory of Auschwitz extermination camp”

This is how Liliana Segre, Auschwitz survivor and senator for life at the Italian Senate of the Republic, started her first official speech. Her identification number still tattooed on her arm to mark the beginning of a process leading Auschwitz inmates to lose their humanity step by step. Drawing on her personal experience, Segre has already reiterated similar appeals to warn Italian citizens against the dangers of racism and xenophobia.

When the new Italian government won the vote of confidence, and Segre made her first official speech, in Turin a Roma camp was forcibly evicted after 13 years, and its inhabitants were evacuated in a couple of hours. Local authorities said it was done for the safety of the people living both inside the camp and in the surrounding area, and a one-week plan was implemented to host evicted people. Maybe also in light of this, Segre mentioned the Sinti and Roma community “at first, as prisoners, we used to be jealous of them because they could live together with their families in the camps. But soon horror overwhelmed us, because one night they were all brought to the gas (chambers), and the day after a macabre silence surrounded their shelters”.

Hatred and racism are on the rise in Italy and involve the most vulnerable minorities, namely migrants and refugees whose condition is openly insulted just to minimise their vulnerability, to ignore their appalling living conditions and to fuel citizen’s resentment. It’s deeply saddening to hear that “good times” for migrants and refugees are over, especially when shipwrecks along the Mediterranean and Aegean route are still happening, when desperate attempts to escape Libya prisons end up in tragedy, and Soumayla Sacko -a Malian trade unionist living in Calabria- is murdered in cold-blood. Additionally, new data describes an alarming situation in the country both in terms of intolerance and of uncertainty experienced by migrants upon their arrival.

Talking about intolerance, a recent research by Pew Research Centre tried to analyze attitudes toward Muslims and Jews in Western Europe, and Italy ranks first for hostility. When asked “Would you be willing to accept Jews/Muslims as members of your family”, 25% and 43% of Italian respondents – highest percentage among European Member States- replied no.

Sacko Soumali, 29, was a Malian trade unionist and was killed in cold blood in Calabria (Italy) June 3, 2018. ANSA/MICHELE ALBANESE

Even though with different intensity, Europe is experiencing a rise in populism, xenophobia, racism and rejection of foreigners. All European countries are experiencing this and are incapable of honouring and respecting the funding principles of solidarity and protection of human rights. They rather opt for national egoism and destroy the ideals that brought to the creation of the European Union from WWII ashes.

Worrying events have been recently featured on the headlines of news articles in France, Austria and Hungary. In France, soon after Mamoudou Gassama rescued a small toddler dangling from a balcony and was granted honorary French citizenship, three foreign activists went on trial on charges for helping migrants cross the border. Moreover, the lifeless body of a migrant was found in Bardonecchia now that snow is melting. In Austria Chancellor Kurz, who will soon take over the rotating presidency of the European Council, announced that migration will be the highest priority of the European agenda. Kurz’s government is the only one in Europe with a far-right and anti-immigration party (Freedom party), and he has recently declared that FRONTEX should be given a clear mandate to operate in Northern Africa. To do so, 10,000 border guards should be deployed as soon as possible, migration flows should be stopped in Africa and ideally migrants should be sent back to their countries of origin or transit. Hungarian Prime Minister Orban supports Kurz’s views and, Hungary has just passed a law that criminalises those who help migrants and was strongly criticised by the UNHCR. Unfortunately, such ideas are also supported by the new Italian government, joining the European opposition against a reform of the Dublin regulation.

In light of such dramatic scenario, Segre’s words are not merely an immense comfort for those who believe that all human beings are equal, but also a real warning to commit ourselves to actively preventing past mistakes from happening again. As she stressed, extermination doesn’t start all of a sudden, but gradually. At first, targets of hatred campaigns are mocked and deprived of their humanity. In the past, Jews were targeted, but now it’s about asylum-seekers, migrants, refugees and whoever arrives in Europe fleeing war, persecution and extreme poverty. Slowly people get used to abuse, stop feeling empathy for those who should actually be safeguarded and people are persecuted for their religion or skin colour.

I join Senator Segre to ask everybody to remain vigilant, raise awareness about migration which is too often addressed only in terms of figures, preserve empathy for those who are looking for a better future for them and their children. Moreover, I join her request to avoid discriminatory laws targeting specific groups, to respect International Law and safeguard human dignity and rights.

This article was first published by the Italian newspaper La Repubblica