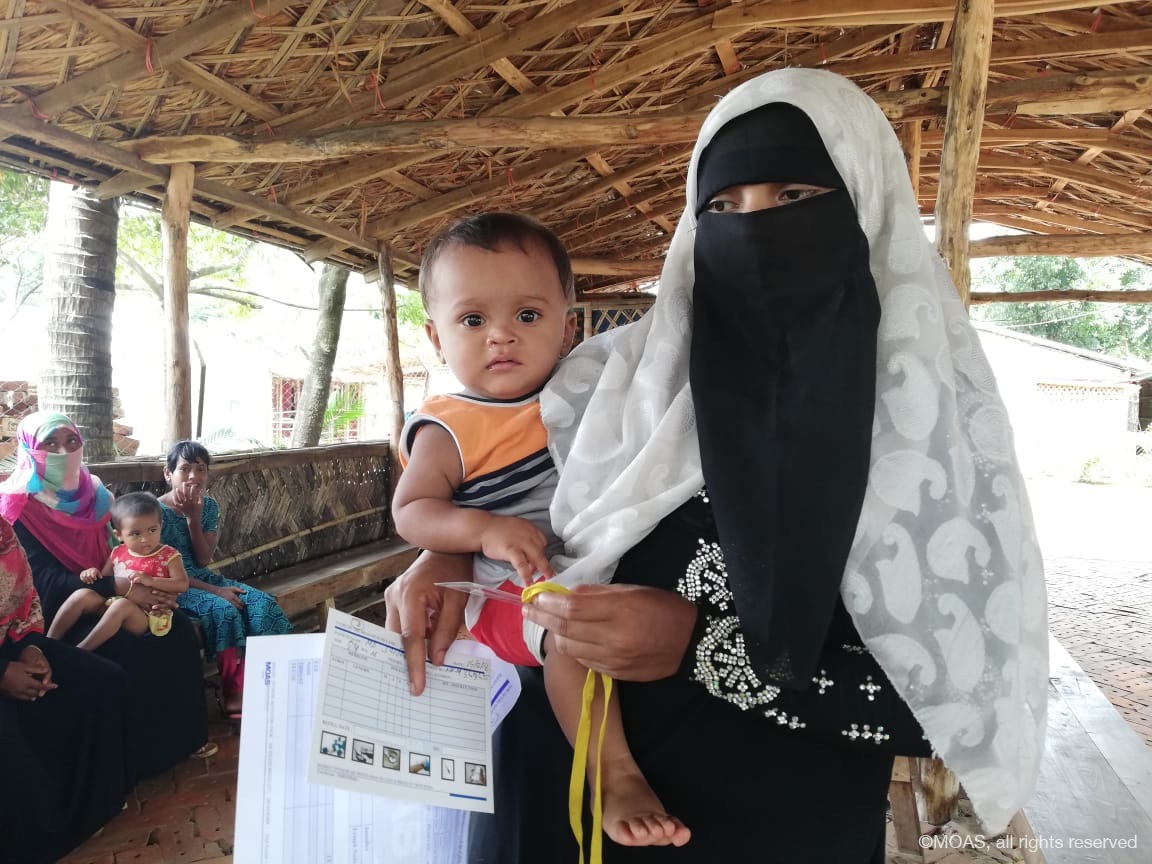 When Nur Fatema (20) arrived at the MOAS Aid Station in Shamlapur, Bangladesh, her sadness was evident by looking into her eyes. Fully veiled, only her eyes were visible entirely expressing r concerns for her daughter’s health. Little Saijed was born eight months earlier in Shamlapur refugee camp, after her family fled violence and persecution by Burmese military and civilians. Upon their arrival at MOAS Aid Station, our medical team welcomed Fatema and Sajied and diagnosed the young patient with bronchial asthma, a chronic inflammatory disease that affects airways and is especially dangerous in children. Its main causes are connected with poor hygiene, exposure to smoke or inhalation of fumes, stress or weather/ temperature changes. If not properly diagnosed and treated, in the long run it may lead to breathing difficulties and limitations in physical health.

Rohingya people usually cook inside their makeshift shelters, increasing the chances of developing respiratory conditions and disorders. Furthermore, the current monsoon season with torrential rains and consequent landslides and flooding only makes things worse. In spite of a general acknowledgment of the unprecedented risk of water-borne and communicable diseases, the health sector is the less funded in the framework of the 2018 Joint Response Plan. Only 18% of the required funds have been raised so far, and this dramatically limits the general capacity for intervention. Additionally, only 33 primary health facilities serve 919,000 Rohingya refugees and local host communities, playing a vital role in preventing epidemic outbreaks. Due to weather-related disasters, some health facilities had to suspend the provision of life-saving services or patients just weren’t able to access them. This is why MOAS has not only trained for months to strengthen monsoon/disaster preparedness, but has also recently set a first-aid point to help those who couldn’t reach the Aid Station.

MOAS facilities are places where people are warmly welcomed and treated with full respect after horrific experiences: children can play and drink clean water, adults receive instructions on how to wash hands properly and access sanitation. Being oases of listening and care, inside our Aid Stations, MOAS medical team members don’t treat only physical wounds, but also psychological traumas. After being treated, patients usually tell us their stories. What they explain proves that the atrocities being reported in magazines and newspapers are real. 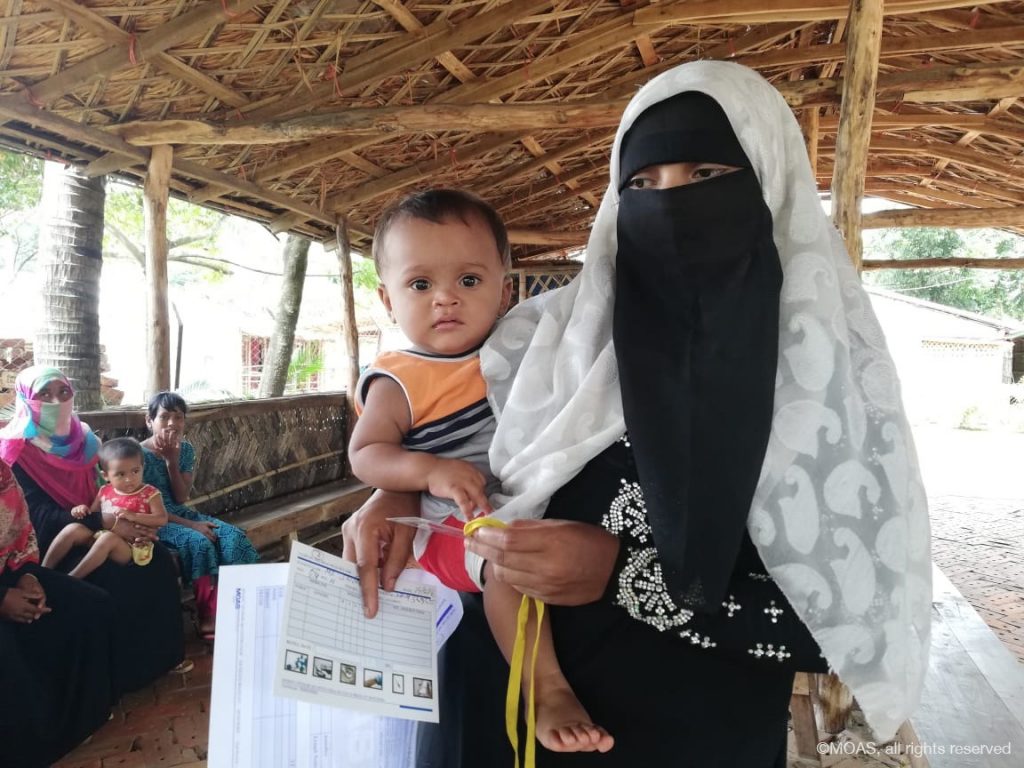 Sometimes we might feel distant from the reality documented by reports and media outlets. We might think that data and figures exaggerate real events. But, when you listen to survivors sharing their horrific stories and look into their eyes, you can’t deny or ignore that those testimonials are real.

Nur Fatema’s story describes in detail what was widely labeled as “genocide”, a “textbook example of ethnic cleansing” and “crimes against humanity”. Her tale bears witness to a systematic and long-planned wave of violence that since last August 25th pushed 700,000+ Rohingya to cross the border into Bangladesh. Last year, Nur Fatema witnessed the slaughter of many innocent victims and saw entire villages razed to the ground close to her home in Gorakali, in the township of Maungdaw. She was 6-month pregnant at the time and faced several challenges during her journey to Bangladesh. It took six days to reach safety, four were spent hiding on a hill and two walking along muddy roads. She also recounts how difficult it was to deliver her daughter and get adequate food assistance. On September 5th, Nur Fatema and her family arrived in Bangladesh, not long after the Phoenix ended its journey from the Mediterranean Sea. MOAS had just arrived to bring hope to persecuted Rohingya communities, and by coincidence a future patient was going to enter Bangladesh.

Violence, abuse, killings, rapes, and destruction are not fantasies, but shameful crimes whose perpetrators need to be held accountable for. MOAS and its sister organisation -Xchange- were on the ground from the beginning of the crisis collecting data, which in turn allows us to learn more about the Rohingya tragedy both in Myanmar and in Bangladesh.. We regularly explore their living conditions, ask questions about their wishes for the future and feedbacks about the controversial issue of repatriation. Drawing on our experience of saving human lives out at sea, we know how important it is to talk to people, instead of talking about them. Now, in light of both worrying reports and testimonials about the violence experienced by Rohingya children, women and men, our South East Asia mission is crucial not only because we provide essential healthcare, but also because we comfort people and listen to their desires or fears.

On the first anniversary of the 2017 Rohingya exodus, we reiterate our wake-up call to raise funds and continue saving lives. After the initial emergency and with the monsoon season hopefully ending soon, it is time for reconstruction. It is time to give a better future to both Rohingya and local Bangladeshi host communities. It’s time to build a prosperous life for little Saijed and help her parents forget past ordeals.

We have kept hope alive for one year thanks to your help and support. Help us to do even more this year.