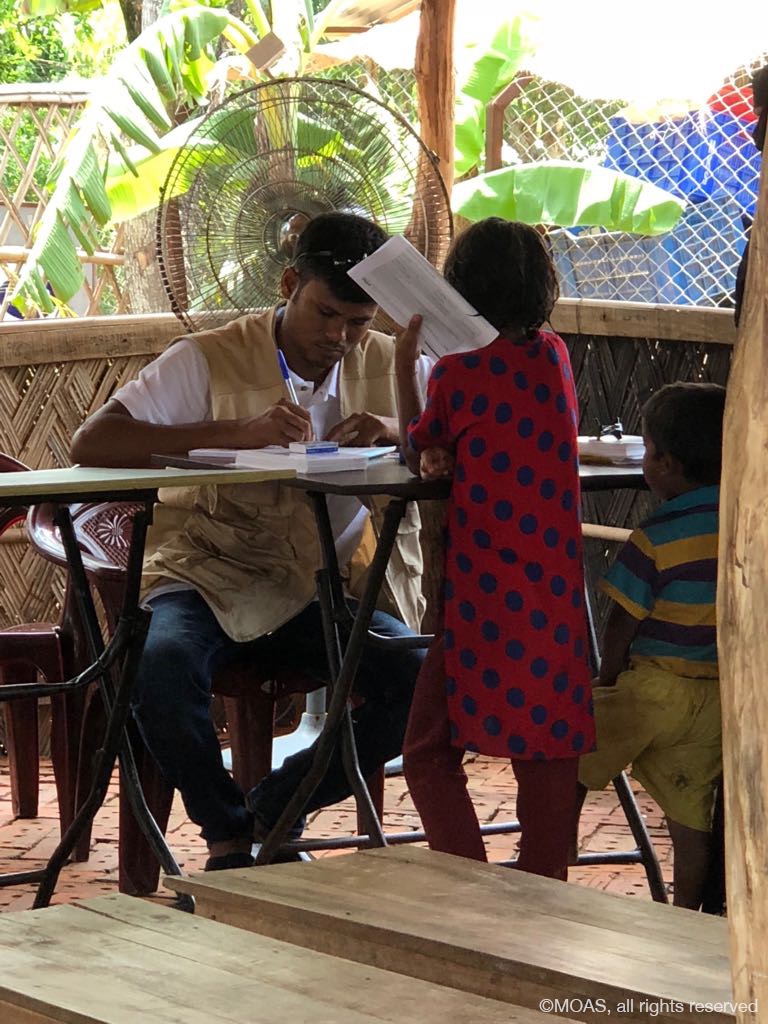 1.300.000 people need help in Bangladesh. More than 900,000 live in overcrowded refugee camps and makeshift settlements without sanitation and safe shelters, 200,000 live in areas prone to landslides and floodings, and 15,000 are exposed to high risks. After escalating violence in Myanmar, to the detriment of the Rohingya Muslim stateless minority, more than 700,000 people sought sanctuary in Bangladesh and triggered “the world’s fastest-growing refugee crisis”, according to the UN. Most of the Rohingya population fled soon after the first clashes in Myanmar, and according to ISCG data (Inter-Sector Coordination Group) between January and May 2018 only around 9,000 new arrivals were recorded.

Imagine the impact of such exodus on a lower middle-income country which is so geographically exposed to natural disasters like cyclones, monsoons and extreme weather events, as is Bangladesh. Imagine Rohingya living conditions after surviving ethnic cleansing, abuse, violence and horrific journeys by sea or land or by crossing rivers. A huge number of women were pregnant during the journey and travelled with very small kids without husband or other family members. Too many teenagers were raped or kidnapped by human traffickers who sold and enslaved them, profiting from their vulnerability. Additionally, a constantly growing percentage of children are exposed to malnutrition, food insecurity and a lack of clean water. These are a daily threat to people who live in camps.

However, there are also other silent and underreported tragedies affecting the Rohingya persecuted minority. In emergency situations, attention is always focused on primary needs, mostly food and nutrition, medical assistance and shelters. But, as witnessed by MOAS, some consequences are difficult to be taken into account from the beginning. One is the tragic psychological impact of what has been experienced in Myanmar and of living in constant fear in a refugee camp where it is hard to satisfy basic needs. Children are especially affected, and last December there were reports about a mental health crisis involving very young kids. After seeing their families exterminated and experiencing violence, many children had to travel alone and will never have a decent childhood. Nonetheless, during my stays in Bangladesh, I was always moved by their ability to smile, to welcome you with open arms, to make toys out of everything and forget horrors by playing. 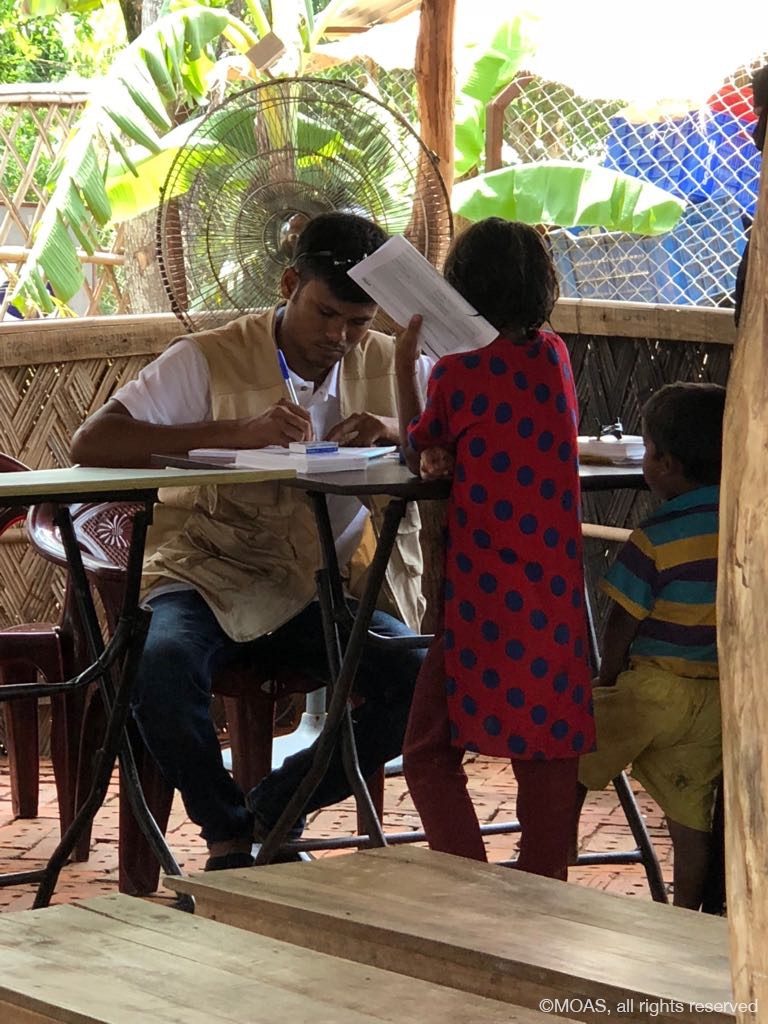 Now the upcoming monsoon and cyclone season is further worsening the situation on the ground, and the first heavy rains destroy what had been created in months of hard work. According to a recent report, at least 58 incidents were recorded, more than 1,000 shelters were damaged, and around 10,000 people were affected, mainly due to strong winds and storms hitting official and makeshift settlements. In light of the very huge number of people to relocate, the main problem is that only around 24,000 were transferred, and there is not enough space to build safe shelters. This lack of space combined with poor planning and insufficient resources to address the monsoon emergency is the main obstacle to risk management and mitigation.

Another priority concerns healthcare and the prevention of outbreaks of communicable and water-borne diseases. In six months of MOAS’ mission at our Aid Stations in Shamlapur (a fishing village with around 13,000 inhabitants) and Unchiprang (a remote area with around 21,000 people) our staff unceasingly assisted more than 64,000 patients, and the main conditions recorded are peptic ulcer disease, respiratory tract infections and acute respiratory infections, acute diarrhea. Women and children represent about 42% of MOAS’ patiens. Among children, 53% are aged between 2 and 12, while many girls and women need assistance before and after delivery. In light of the very high percentage of pregnant women -many pregnancies are the result of sexual violence-, MOAS decided to devote special attention to maternal and pediatric care, as well as pre- and post-natal care. But, in spite of our daily commitment and willingness to keep hope alive among the Rohingya and local host communities, we will not be able to face all challenges on the ground without everybody’s help.

We are building a fragmented world with generations of children deprived of education, with girls forced to early marriage in order to stop being a burden for their families, with guys unable to freely decide about their destiny and adults unable to do something for them.

Once again, on behalf of MOAS and each of the 100,000 individuals assisted so far, I ask everybody to contribute to pull down the walls of egoism and indifference and to build bridges of peace and brotherhood. Only by doing so, we will prevent new massive exoduses of desperate people in search of safety and new casualties.