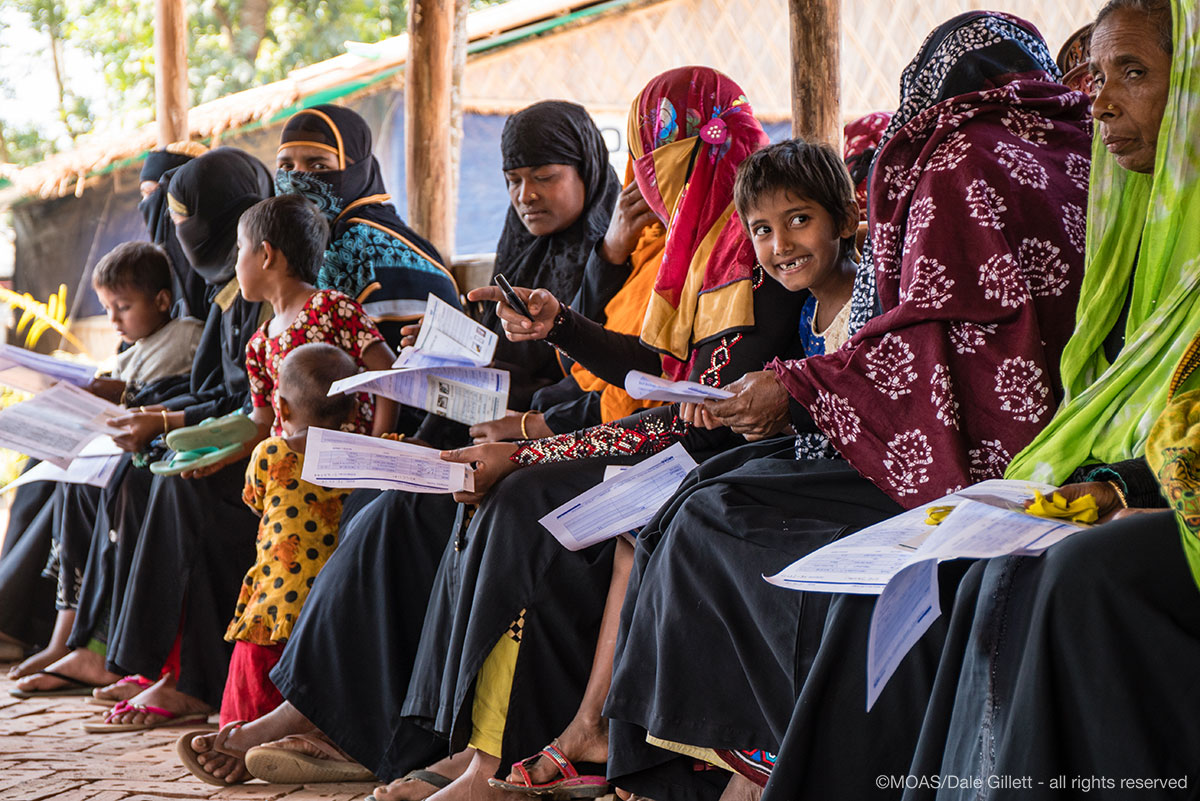 These are just some of the women I have met during MOAS’ missions since its inception in 2014. In some cases I remember only their stories, in other cases I can remember the fear or hope in their eyes, but sometimes I am able to recall every single detail of the time we spent together. On International Women’s Day, I wish to celebrate women’s braveness and strength.

Doaa was 26 when she was assisted by the MOAS team during a very complicated rescue operation in the Mediterranean Sea. She was with her husband Mahmood, 27, and their two-month old baby, Rital. Dooa comes from Syria and was a lawyer in her country before war ravaged her life, forcing her to flee and become one of the millions of refugees who crossed Syrian borders to seek sanctuary. Doaa and Mahmood told me their dream of a peaceful life while looking at their baby daughter, who was quietly sleeping in her mother’s arms inside our on-board clinic.

On that day, I also met Nadine, 22, who had already experienced the hardship of life in spite of her young age. Having left Cameroon in 2013 in search of a better future, she crossed Niger before arriving in Libya. After finding out that she was pregnant, her boyfriend left her alone with her first daughter, Hope, who was growing inside her belly during her detention in a Libyan prison. Here, Nadine gave birth to Hope and cut the umbilical cord by herself. A MOAS doctor responsible for post-rescue care visited them both for the first time since delivery. As a woman and a mother, my pain was immense when I listened to Nadine’s story. 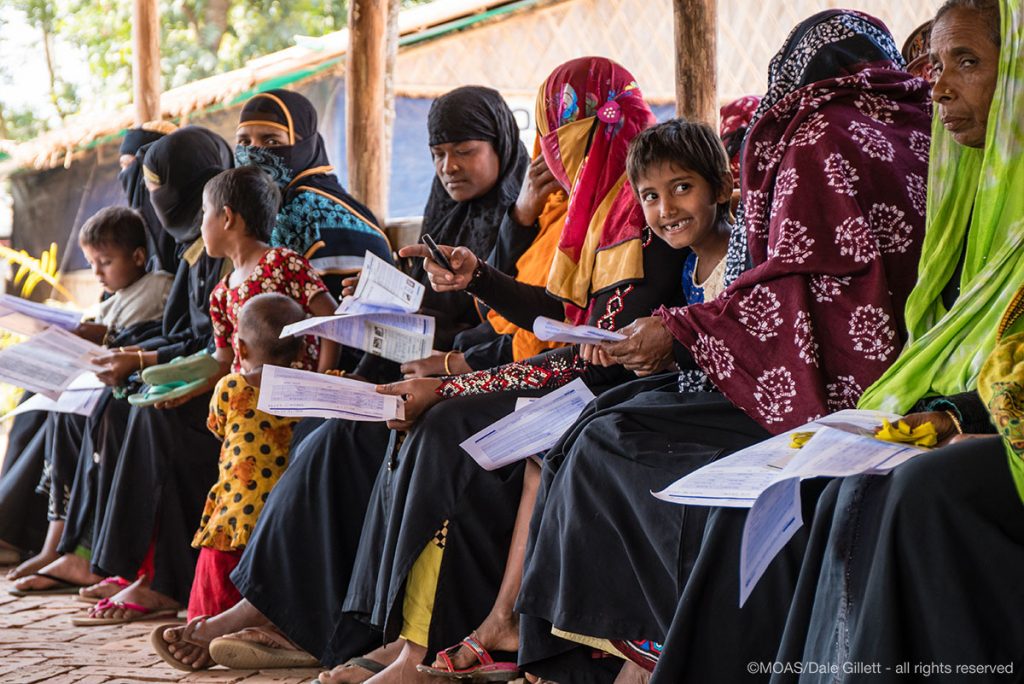 Fatimata and Salima (27 and 18) come from Guinea Conakry and were rescued and transferred on board MOAS’ rescue ship with 26 people. They became friends during a horrific journey, having been forced to use an unseaworthy vessel for the crossing and putting their lives in danger. Friends are essential in such tragic moments and the certainty of relying on someone is the best evidence of how precious friendship is.

Since last September, MOAS has focused both assets and resources in Bangladesh in order to mitigate the suffering of the Rohingya people. The Rohingya are a persecuted minority and a major target of widespread violence: their situation has been often described as “ethnic cleansing” and accusations of “genocide” have recently been made by three female Nobel peace laureates after visiting Rohingya refugee camps. Since last August, almost 700,000 people have arrived in Bangladesh, and among them 60% are women. Women and girls, together with children, are the biggest and most vulnerable groups within the Rohingya community.

During my stays in Bangladesh to monitor the developments of our mission in Southeast Asia, I have met many women who opened up their shelters and their hearts and after listening to their stories, I decided to celebrate women’s strength, braveness and resilience. I remember Jhuma (40), whom I met in Shamlapur, where she lived with eight family members. She told me how life used to be in Myanmar, with abuse, discrimination and limited freedom of movement preventing the Rohingya minority from being self-sufficient. Her son was exposed to abuse by locals and had no access to healthcare. Their life was limited to mere survival.

Jharu explained to me her point of view about the controversial repatriation agreement from Bangladesh to Myanmar and pointed out that she will never go back to her hometown, unless there are humanitarian organisations ensuring that human rights are honoured. Jharu experienced the same drama as Jhuma, as well as the pain of seeing her husband killed by the army and her house burned in front of her eyes, before the whole family fled to seek sanctuary. She explained how difficult it was to take care of her family alone with two teenage daughters and one eight-year-old. For this reason, the second time I visited her she had moved to another shelter, in order to avoid traffickers.

I still remember the sparkling eyes of Fatema, a girl aged 15 who was forced to grow up very quickly due to the tragic events she experienced. During her chaotic escape from Myanmar, Fatema lost her parents and one of her brothers perished. Since then, she has been taking care of her three little brothers and of a niece whose mother died soon after giving birth to her upon arrival in Unchiprang. Same name, but different story for another girl, aged 25, who received MOAS’ assistance after our team visited her new-born daughter, delivered one week earlier. The baby’s grandmother told our doctors that her daughter was locked inside their home and then almost burned alive, before escaping by miracle despite being severely burned. After arriving in Unchiprang, her husband abandoned her with huge physical and psychological traumas, as well as a new life to take care of.

Over the past few years, I have supported many women who travelled alone or with their families to seek sanctuary and I try to give voice to their stories of bravery and resilience, so that nobody will forget them. On International Women’s Day I wanted to talk about them, calling each of them by name and reporting their precious stories of humanity and hope.

My biggest wish is that all women will be able to join together and build together a peaceful future.