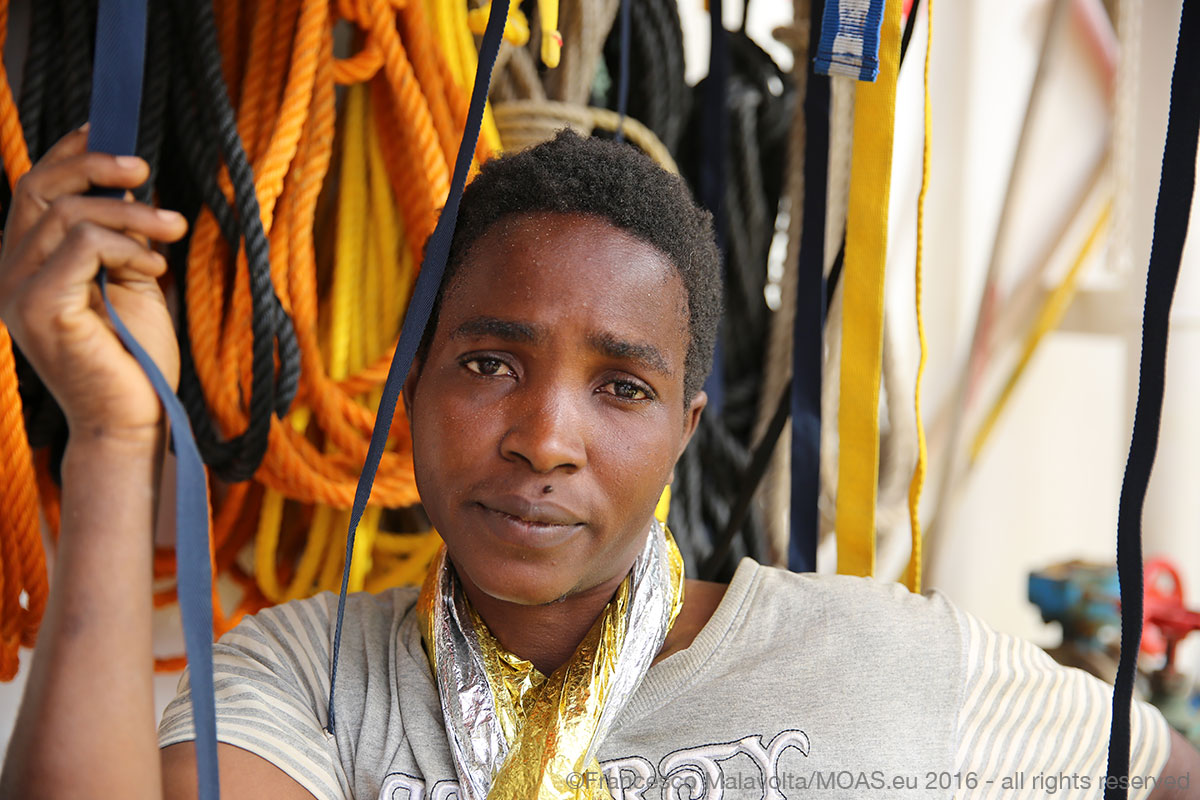 Posted at 14:07h in blog by admin
Reading Time: 3 minutes

On April 14th 2014, the terrorist group Boko Haram abducted 276 girls – mainly aged between 16 and 18 – who studied in a school run by the government in Chibok. Their kidnapping caused global outrage and the international community reacted at all levels with the campaign #BringBackOurGirls. Since then there have been negotiations to free them. The current figures state that around 113 girls are still held captive.

In May this year a group of 82 girls were released and they can finally go back home to their loved ones. Some of them are returning with children born from the violence suffered, or after the so-called “marriages” binding them to their kidnappers.

Some have invisible wounds whose depth will remain unknown to us.

Survivors state that some girls would have refused to be free and preferred to stay with Boko Haram fighters. To me their refusal to go back to a normal life is as horrific as the abduction itself, since it bears clear evidence of the desert left in the hearts of these young women, who are unable even to conceive freedom.

So, despite the joy for those who are safe now, we should not forget the challenges awaiting them. After their release, Boko Haram’s victims face a difficult and uncertain future.

After experiencing trauma as well as physical and emotional wounds, not only do they often not receive adequate support to overcome their awful experiences, but they become victims again. This time, they are victims of prejudice and marginalization.

As stated on different occasions and documented by international photoreporters, victims will remain victims even after their release. The host community will treat them with stigma and suspicion due to their past with the fighters. Many are forced to lie about their children and where they come from, fearing rejection from the camps where they seek refuge.

Boko Haram is known for using its victims -mainly women and children- for suicide attacks, and nobody can predict the degree of radicalization of an individual who is constantly brain-washed by terrorists.

Moreover, these girls will be tormented by their memories and feel guilty for the actions that they were forced to carry out. Many say that they were given instructions to follow fighters during operations and capture other women for them.

During MOAS’ missions we have rescued a huge number of girls coming from Nigeria and they told us their tragic story of hunger, violence and extreme poverty.

Among them was Serenity (see picture) who is 23 and left her homeland after losing everything in a fire, including all her family members. After being rescued by the MOAS crew in November 2016, Serenity told us about the desert crossing to reach Libya and that she was grateful to be alive. She has one dream for the future: being safe.

In the end, the story of Chibok students abducted at school while trying to build their future, and where they should have been safe, prompts us to reflect on the damage caused by violence and marginalization.

Violence only creates further violence in a never-ending process, as proved not only by Nigeria, but also by the many regions in the world where conflict spreads at an alarming rate due to the fertile ground created by marginalization. All over the world the same marginalization allows hatred to thrive and makes our human community fragile as we reject our brothers and sisters who suffer, instead of opening up our arms to welcome them.

*The girl’s name has been changed