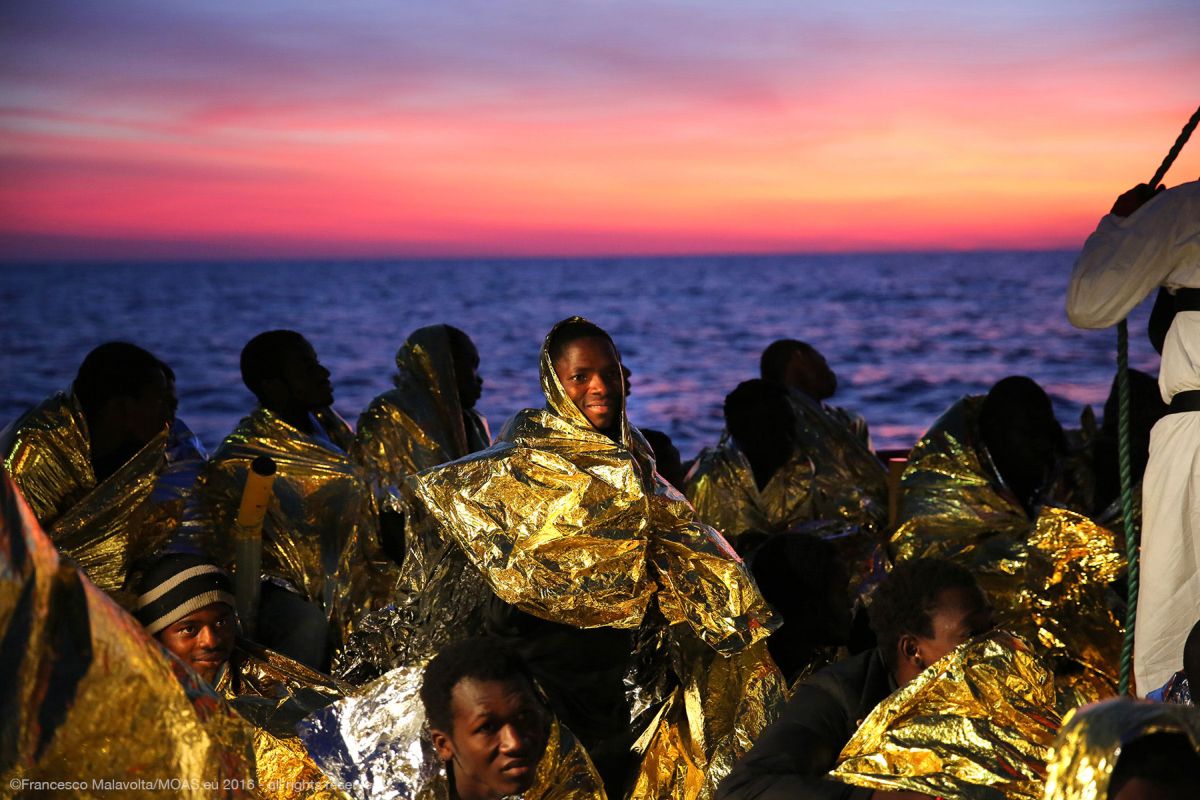 Posted at 14:08h in blog by admin
Reading Time: 3 minutes

Imagine one day your mum tells you that you have to leave home because living there has become impossible.

You are only 14 years old. You collect your belongings and try to understand what to do and where to go.

You are in the desert with strangers, and you are alone with your hopes and fears.

While walking on the sand, with no water or food, you remember your friends, your home and your previous life.

You walk towards a future which seems so difficult and full of hidden dangers, and in which you will never feel the relief of your mother’s hug. Your father will not be there to talk to at the end of the day.

Violence is all around you, but you are still only an adolescent.

An adolescent forced to become an adult far too soon.

Isman left his family in N’Djamena, Chad, in January 2017. During the same month he reached Sabratha, Libya, to board a boat sailing to Europe. His promised land is in France where his sister Hanan, 27, is currently living. She could give him a better future than the one he faced in his homeland, after both parents re-married and money was never enough.

Once in Libya, Isman managed to board an unsafe boat to reach Europe, putting his life into smugglers’ hands whose main interest was just to board as many people as possible in dire conditions to increase their income.

They do not care if those boats can sail for only a couple hours.

They do not care if they die at sea before being rescued. We don’t know how often vessels in distress sink before help arrives.

Smugglers know that there are no alternatives. Either people pay or they languish in the Libyan hell amid detention centers, torture, sexual exploitation, and slave markets. The lack of safe and legal alternatives empowers them and condemns thousands of people who are currently stranded in Libya.

Isman was rescued by other maritime entities, and was then welcomed on board the Phoenix on June 18th upon formal request from the Italian Coast Guard. After a medical check on board to see if he needed any urgent treatment, he spent some time with our crew. Slowly, and with the thanks of an interpreter who had just been rescued alongside him, Isman told his story.

He spoke about his studies in Chad, about how much he misses his friends and family. He explained that as soon as he arrives he will phone his parents in Chad to have his sister’s phone number. Hopefully he will find her and reunite with her in France.

His dream is to study English and French. He hopes to become a doctor and loves playing football.

Officially Isman is an “unaccompanied minor”: a definition putting an emotional distance from his reality.

He is a bit older than a child, an adolescent forced to become an adult without the comfort of being with this family.

Almost half of the world’s refugee population is made up of children, minors who often travel alone or are separated from other family members during the journey.

We are creating a ghost generation, which will inherit the world together with other generations.

Are we ready to accept this reality?

Are we aware of it?

According to UNHCR figures, in 2016 100,264 minors arrived in Greece, Italy, Spain and Bulgaria. Among them 33,806 were travelling alone or were separated from their family.

In Italy, 92% of all minors who arrived last year were travelling alone.

Nevertheless, beyond figures and statistics, we should bear in mind that minors –namely, those unaccompanied or separated from their families- are the most fragile and vulnerable part of the total refugee population.

Abandoned and often deprived of education, they lose hope and become easy prey for careless exploiters.

Their long awaited future, the one they used to dream about before the desert and the sea crossing, seems to be perpetually postponed. They live in limbo.

It is also for these young people that MOAS has been working with UNHCR for almost one year on the opening of safe and legal routes to reach European soil. Procedures entail a detailed screening of all candidates, who are previously selected according to International Law criteria with a special focus on vulnerability.

Nobody should risk their life looking for safety, while the hosting countries would be much safer compared to the current situation of uncontrolled migration flows.

All the other people travelling to reach happiness like Isman should not be forced to risk their life at sea or at the hands of their jailers.

Finally, they would be able to fulfill their dreams in a peaceful and safe environment.

This article was originally published on an Italian magazine.