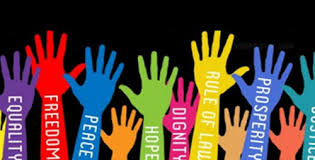 31 Dec 2021 If you are neutral in situations of injustice, you have chosen the side of the oppressor

Along with Nelson Mandela, F.W. de Klerk and Albert Lutuli, Desmond Tutu was one of the most important figures to challenge policies of apartheid in South Africa and today they are a beloved and entrenched part of the country’s history.

With the recent death of Archbishop Tutu, South Africa loses one of its most admired figures, who advocated for a democratic and just society without racial divisions, creating a platform for voices which had been forced to the periphery of society.

A key goal of his was to ensure civil rights and education for all, and the cessation of forced deportations. He was one of the powerful forces behind the movement to end racial segregation and institutional discrimination enforced by the South Africa’s white minority government.

His opposition to the oppressive governmental regimes had begun from an early age, he decided to abandon a teaching career following the passage of the Bantu Education Act that in 1953 which introduced racial segregation in schools. By the late 60s, Tutu’s impactful anti-apartheid messaging had a profound impact inside and outside South Africa.

The 1976 Soweto uprisings were a series of demonstrations and protests led by black schoolchildren; they marked a key turning point in the struggle against apartheid. The uprising became a catalyst for activism in the country and changed the face of South African politics, it sparked country-wide mass protests, and Tutu was among the key figures condemning white silence after witnessing the authority’s violent reaction to the protests.

Thanks to his held positions as Bishop of Lesotho and Secretary General of the South African Council of Churches, his anti-apartheid messaging became increasingly recognized and shared internationally. In 1984, he won the Nobel Peace Prize for his non-violent campaigns to dismantle the apartheid regime, and he was proclaimed “a unifying leader figure in the campaign to resolve the problem of apartheid in South Africa”.

In 1993, Tutu stated “We will be free, all of us, black and white together, because we are marching towards freedom.” Just a year later, on 27th April 1994, Tutu saw the first democratic vote in South Africa, making his message of hope a reality. For the first time, at the age of 62, he could vote, along with Nelson Mandela and the entire black population.

The 1995 Truth and Reconciliation Commission was introduced to recognise the atrocities which occurred under the apartheid regime, bearing witness to the institutional systems of oppression that racially divided society. It represented a process of restorative justice that reflected the very ideals of Desmund Tutu himself, giving voice to those violated by decades of repression.

By granting forgiveness to those who confessed to crimes perpetrated against the black population, Tutu represented a form of moral justice for the survivors and families of the victims. He helped build the foundations of the Rainbow Nation where citizens could coexist peacefully, an expression that has come to represent the nation’s culture.

This is why Pope Francis named Tutu in the encyclical “Fratelli tutti” among non-Catholic brothers that motivated him in the reflection on universal fraternity.

Tutu’s legacy, as stated by the president of the United States, Joe Biden, “transcends borders and will echo throughout the ages”.

We echo this sentiment, that his ideas of community and protected human rights can transcend borders and take root in all areas of the world. Systemic discrimination and racially motivated massacres are still taking place today. People are being persecuted based on their ethnicity, religious orientation or belonging to a different social and political group. This Christmas, we saw a tragedy unfold in Myanmar, where the military killed and set fire to dozens of children, women and men in the Christian-majority state of Kayah.

“If you are neutral in situations of injustice, you have chosen the side of the oppressor”, a maxim of Archbishop Tutu that has reverberated across the world and is an idea that has continued to represent acts of collective solidarity. Each of us should put this idea into practice, as all forms discrimination and violence must be met with actions in support of those who face such injustice.