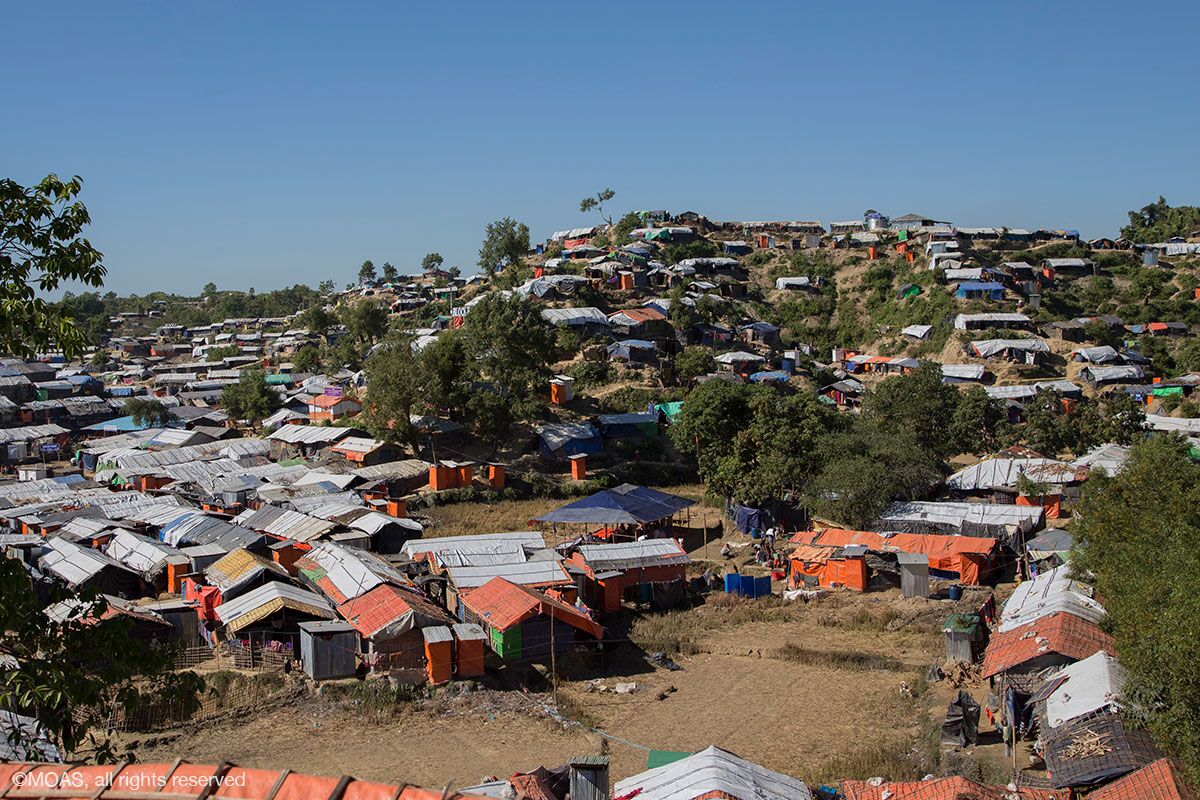 27 Aug 2019 From the Amazon to the Antarctic. The growing number of climate refugees

For the last week the Amazon Rainforest, the lungs of the Earth, have been burning at an alarming rate. Satellite images released by Nasa show flames so intense that they can be seen from space. The Brazilian National Institute of Space Research reports that since the beginning of the year, some 73,000 fires have broken out, with an increase of 82% on the previous year. Forests are being destroyed and will no longer be able to play the fundamental role of absorbing the greenhouse gases that contribute to the acceleration of climate change.

In 2017, when we arrived in Bangladesh for the first MOAS mission, we had the opportunity to see for ourselves the effects of man-made deforestation. In response to the need to expand the refugee camps for newly arrived Rohingya fleeing from Myanmar and as a result of the increasing need for timber, the majority of the trees in the area had been cut down. Scientific research and satellite imagery from the last few years confirm what we have seen around us and demonstrate the consequences that these actions have had. These effects are even more evident during the monsoon season, when the heavy rainfall shows how deforestation has increased flooding and landslides, causing further problems in a country already facing a number of complex social and political issues in the context of lack of resources.

In 2018 alone, there were numerous environmental catastrophes: Hurricanes Floreance and Michael, droughts in Europe and Argentina, floods in Kerala in India, the heatwaves in Japan, Typhoon Mangkhut in the Philippines and China, the drought in Cape Town, South Africa, the wildfires in California, the 34 degrees recorded in the Arctic Circle and the vast forest fires in Scandinavia.

These examples are just some of the major climatic phenomena that have happened in 2018. Events that recieve fleeting media attention, but are quickly forgot about

The report “Counting the Cost: a year of climate breakdown” by NGO Christian Aid examined extreme weather events, their costs and their link to climate change in a year. Such events have struck every continent, killing, causing injury , forcing millions of people to move and causing serious economic damage. According to data provided by the Global Report on Internal Displacement, between 2008 to 2016 an average of 26.4 million people every year have been forced to flee their homes, because of extreme weather events, such as storms, floods, monsoons, hurricanes, tsunami or drought. Most displacements related to natural hazards and the impacts of climate change are internal, with those affected remaining within their home’s state borders. However, there is also movement across borders, which can be related to situations of conflict or violence. The world’s most affected countries (for millions of inhabitants) were: Cuba, Fiji, the Philippines, Tonga, Sri Lanka, Ecuador, Haiti, Myanmar, Belize and the Bahamas. This list risks becoming longer and longer as climate change continues: according to numerous researchers the number of climate refugees will increase in the coming years.

Beyond this risk, there is a question of legal and political recognition. The legal definition of “refugee” indicated in the 1951 Geneva Convention does not mention climate refugees. As a result, a clear definition for this category doesn’t exist, and the national and international response until now has been weak and inadequate. Only in the Global Compact on Safe, Orderly and Regular Migration adopted by an overwhelming majority by the United Nations General Assembly in December 2018, are climate refugees mentioned and it is recognised that “climate, environmental degradation and natural disasters are increasingly interacting with the movements of refugee”.

That is why we need to show our support to the people affected by these events. We need to unite our intentions and to make our voices heard so actions can be taken, at international level, in order that travel from one area to another is easier and to ensure the protection of the human rights of all who are forced to flee their homes, as a result of climate change and environmental facts.

Although climate refugee status has been recognised, it is unrealistic to think that these people can be guaranteed to move from one area to another through safe and legal routes, considering that even those fleeing war and torture cannot take advantage of this right. Without protection , the growing number of climate refugees will add to human trafficking and more and more people will risk both their lives and ending up in the hands of traffickers. What are we doing to prevent this from happening? Are we asking the right questions so that a sustainable solution can be found?