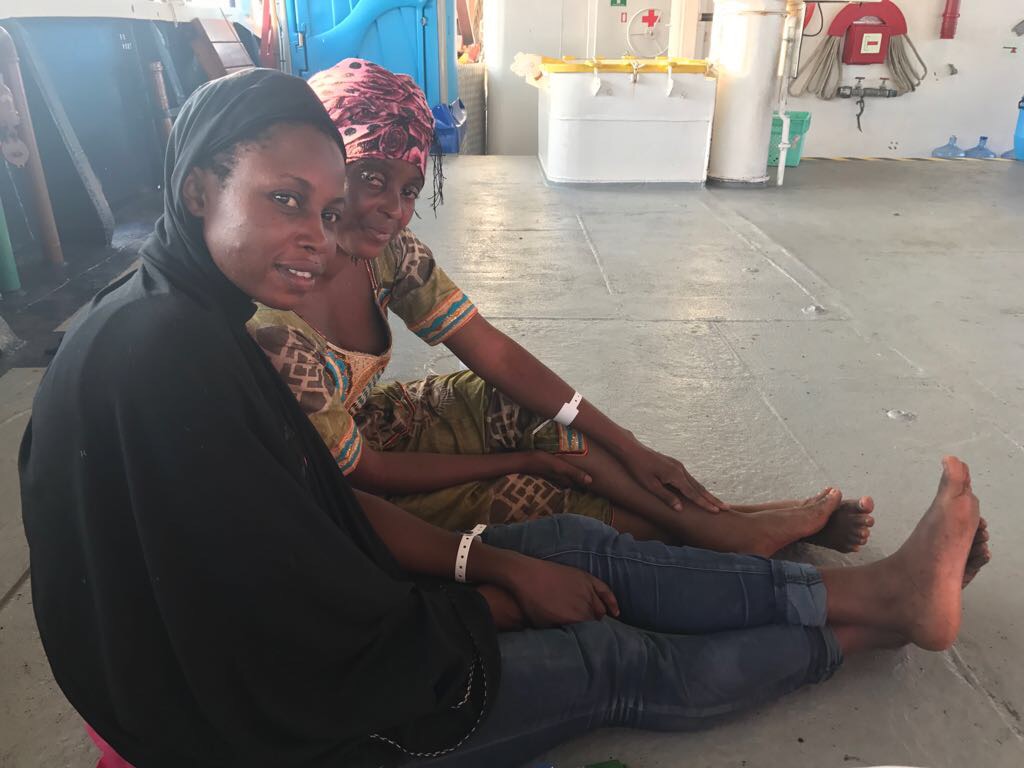 26 Sep 2017 Fatimata and Salima: the first flower after a long winter

On Sunday August 21st (before MOAS announced the end of its mission on the Mediterranean), following the instructions given by MRCC in Rome, the MOAS ship the Phoenix carried out a transfer of 26 people who had been previously rescued by an oil supply vessel, hosting them on board for around one hour. No children were among them, and everyone spoke French. There were also two women, Fatimata (27) and Salima (18), both from Guinea Conakry. They had met during their awful journey which had them to Libya to attempt the sea crossing, before being assisted and transferred on board the Phoenix.

As usual after a rescue or a transfer, our priority is to check that everybody is safe and urgent cases are treated as soon as possible. Our guests on the Phoenix are more exhausted after the journey they are forced to face, and traumatized by the abuse they experienced during their stay in Libyan detention centres. In Libya, amid appalling conditions and unspeakable violence, they wait to attempt the crossing, relying on smugglers who push them to sea without caring if they reach their destination.

At present the number of NGOs at sea operating in the SAR area has decreased and in Libya the situation appears more and more instable; those who migrate are always the main victims of this situation. Their vulnerability seems endless: first, there is the desert whose number of victims remains unknown; then Libya, with its routine of abuse and slave markets; and at last the sea, where SAR entities have to face an ever-changing scenario.

However, among many dramatic news stories throughout August, there is story which is worth sharing, acting as a symbol of hope and faith in our humanity.

Fatimata and Salima left their country of origin searching for a better future and became friends during the journey. Salima actually considers Fatimata as her older sister. Their story is a ray of sun in the darkness of spreading apathy; it bears witness to a tenderness opposing daily abuse. Their story proves that even in the most difficult and inhuman conditions our shared humanity can save us, as well as our ability to trust others with a pure and open heart and look at the world around us in a fraternal way. 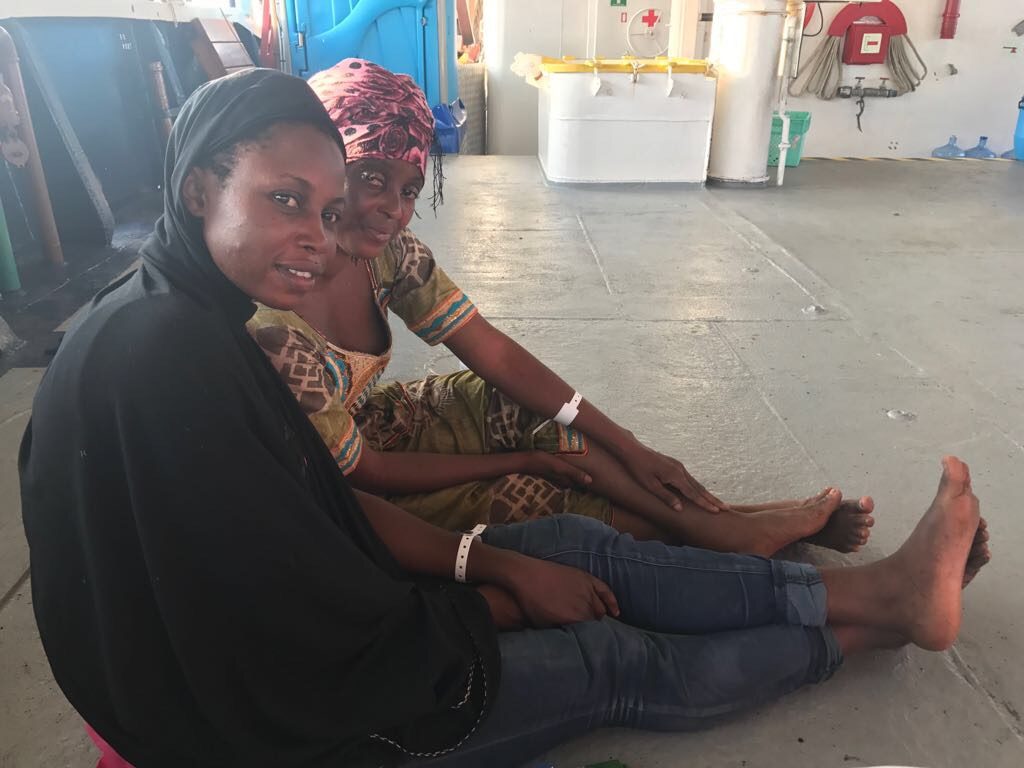 Fatimata and Salima’s story moved MOAS’ crew on board the Phoenix for the strength of its spontaneity. Their smiles and their friendship – a place of comfort in their darkest moments – show evidence of a world in need of recovering its tenderness.

Since January to July 2017, 8.631 people have arrived in Italy by sea from Guinea, around 2,000 more compared to the same period last year, despite IOM efforts to support those trapped in Libya and willing to go back home. In May, IOM carried out voluntary repatriations from Libya, assisting 165 irregular migrants. Among them were 13 women, 5 unaccompanied minors, an infant and an individual in need of urgent medical care. At the beginning of August, 132 people returned voluntarily to Guinea, after asking for IOM support and being interviewed by its staff to understand their background and living conditions in Libya. In this way, they did not have to go through further abuse and face a perilous journey on flimsy vessels. Last May, UNHCR issued a report documenting unaccompanied or separated minors living in Italy and coming from Guinea. The report highlights 5 main factors pushing people to migrate: political or religious persecution; lack of economic opportunities; limited access to education; lack of basic services.

I decided to tell their story of friendship since it has a value which is too often underestimated, though it is fundamental for those who face so many horrors during their desperate journeys. Friendship gives hope and courage, as the first spring flower blossoming after a long winter.