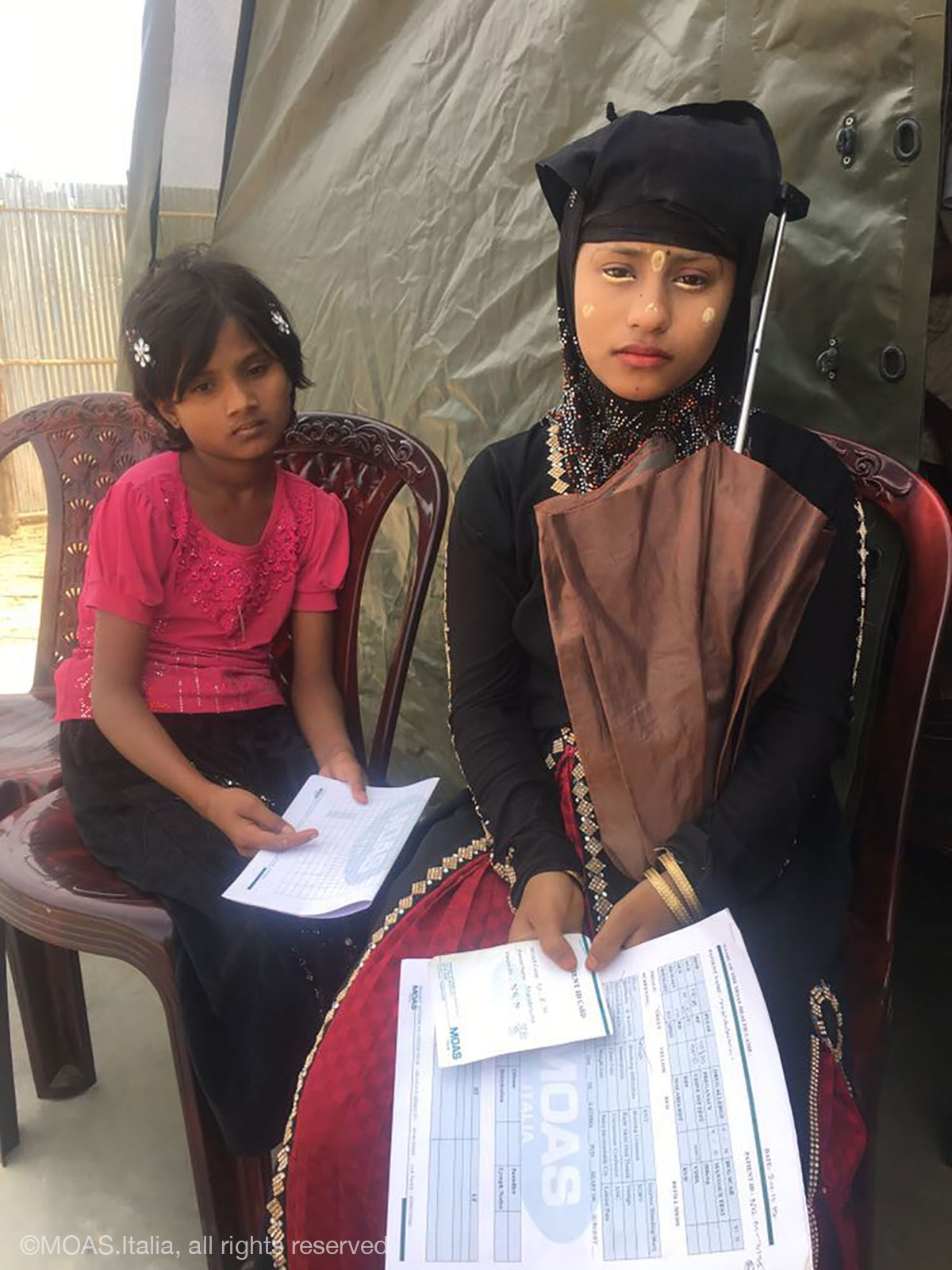 Fatema is 15 and arrived at our MOAS Aid Station in Unchiprang with a family member and her cousin Sadika, aged 10, to receive medical assistance. Fatema had been feeling very weak for some days and suffering from fever and headache, while Sadika had a fever and a cold. In both cases, no serious condition was diagnosed, and with the proper medical treatment they will recover very soon. However, even receiving an aspirin can be extremely complicated in makeshift settlements and in the Unchiprang area, which is very remote and difficult to reach.

At her age Fatema should be at school, dealing with her first love and doing her homework. She survived unspeakable tragedies, and to her the future does not mean hope, but fear and uncertainty. After arriving at our Aid Station, she told her story to the MOAS medical team assisting her. One day, all of a sudden, her village was set on fire, and amid the chaos her brother was arrested and her family went missing. Nevertheless, she managed to stay with her 3 brothers -aged 11, 7 and 4- and she is now taking care of them despite many difficulties. She also has a brother, whose wife Hala dared the journey to Bangladesh at the last stage of her pregnancy and delivered her daughter soon after arriving in the Unchiprang settlement. Here Fatema, her brothers and sister-in-law eventually joined an uncle, who had previously fled Myanmar with his wife and 7 children, including Sadika who was with her during the visit to our Aid Station. Unfortunately, the joy of being together again and the happiness for the new-born little girl was followed by the death of Hala, who perished 30 days after the delivery. Now Fatema at the age of 15 has to replace her own mother and sister-in-law in taking care of both her youngest brothers and new-born niece. At the same time she tries her best to survive since neither the new father or her uncle are able to support the whole family. 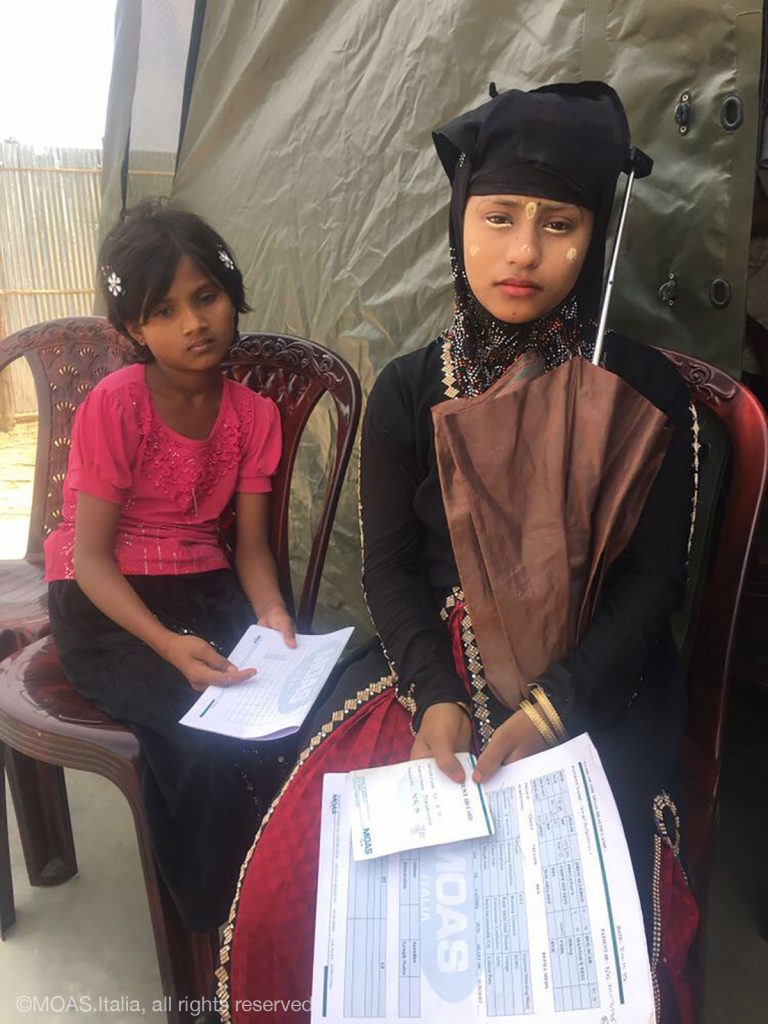 A Rohingya girl treated by our MOAS’ medical team in Bangladesh

Fatema is just one of the 720,000 minors recorded by UNICEF among refugee and Bangladeshi host communities in extreme need of aid to restore a normal daily routine after the traumas experienced during their young life. She is only one of the minors –mostly unaccompanied, orphans or separated- who make up 60% of the Rohingya population in camps and settlements in Bangladesh. Around 6% of them arrive severely malnourished after horrific journeys.

Anthony Lake, UNICEF Executive Director, clearly stated “This crisis is stealing their childhoods. We must not let it steal their futures at the same time”. But, in reality every conflict, war or persecution steals childhoods, and children are not properly supported with adequate medical assistance or quality education programmes.

Filippo Grandi, UN High Commissioner for Refugees, has recently declared that exile usually lasts 20 years, which means more than an entire childhood. In light of this, we must abandon the current strategy based on granting a mere survival when tackling refugee crises, conflicts or wars and adopt a comprehensive approach focusing both on dialogue and alternative paths to build a sustainable peace.

Fatema*, like many thousands of girls, is more vulnerable and exposed to the risk of early marriage and pregnancy, especially if she is not able to get any kind of education and achieve self-sufficiency. Additionally, her incapability to be economically independent would expose her to severe risks, including ending up in the hands of traffickers or becoming victim of sexual abuse or forced labour. However, the main priority is now giving her the medical assistance necessary to recover both her physical and emotional strength to face her future life with the support of our MOAS team, whose members always find the time to comfort our guests after giving them medicines and care. After recovering we wish that she may finally smile to her future and shape her destiny freely.

*The girl’s name was changed to protect her privacy