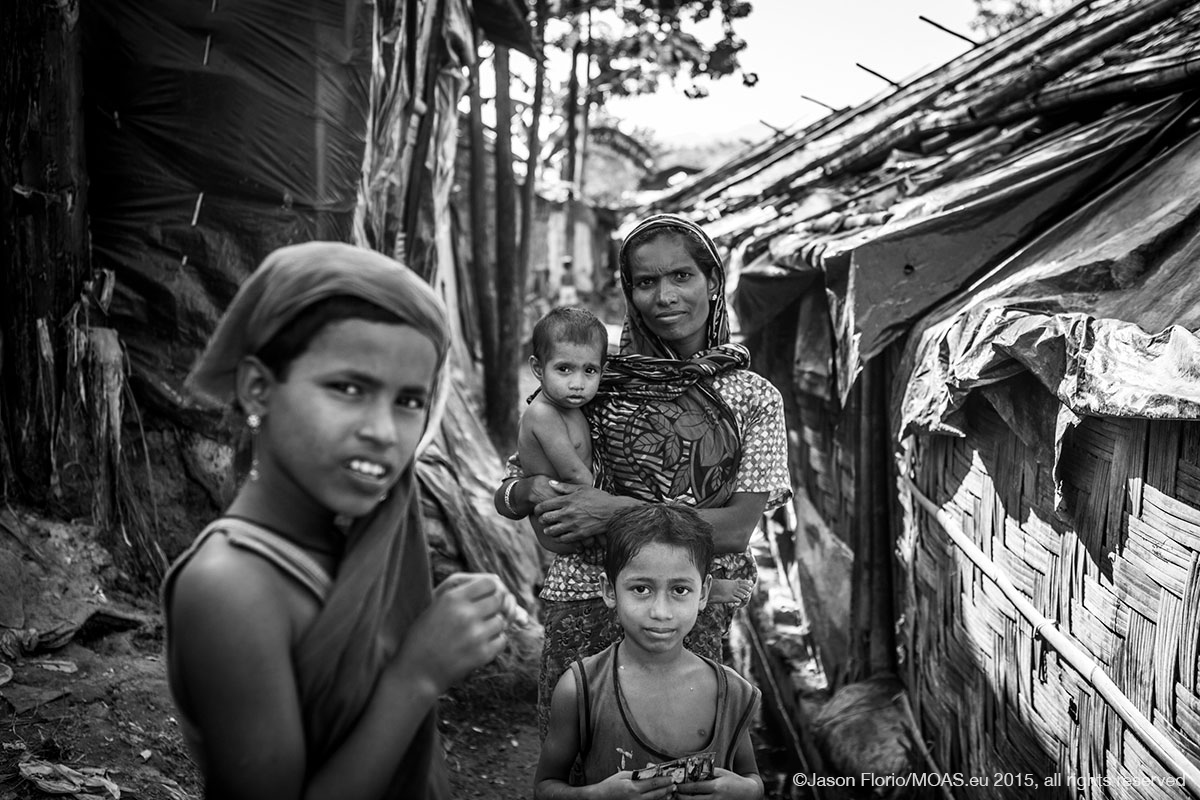 22 Sep 2017 Far from “our sea”, but close to our heart because humanity has no borders

In the opposite part of the world, in a region spanning between Myanmar and Bangladesh, a barely known Muslim minority tries to survive amid hardships and violence, with borders acting once again as a bridge between safety and persecution. Our Rohingya brothers and sisters are distressed people, namely in Rakhine State situated in the Northern part of the country. It is estimated that 1.1 million Rohingya are currently living in Myanmar, and since 1982 they have been denied citizenship. Being stateless and a target of persecution, their access to the health and education system is limited and they are exposed to arbitrary detention and arrests as well as forced labour.

Since August, around 415,000 children, women and men have crossed the border with Bangladesh to seek sanctuary and from a humanitarian perspective, their living conditions are dire. Scared, hungry, thirsty and prevented from accessing basic medical care they settled in an area surrounding Cox’z Bazar. Even UNHCR has recently deployed resources to assist a population which is often addressed as “one of the most persecuted around the world”, by providing tents and first-aid assistance.

Following the latest developments in the Mediterranean and Pope Francis’ appeal, calling on the entire world to end violence against our Muslim brothers and sisters, together with MOAS Italia we decided to reposition our vessel, the Phoenix, which has become a symbol of universal brotherhood and hope to South-East Asia. There are too many uncertainties surrounding the situation in Libya and the fate of those trapped in a country marked by great instability and an which is incapable of honouring the fundamental human rights of people. So, on the third anniversary since our first SAR mission, we decided once again to choose courage over fear. And again Pope Francis’ words gave us further motivation to react.

As experienced three years ago with our pioneering project, MOAS Italia’s team decided to provide humanitarian and medical aid and assistance in the field to help the Rohingya. In 2013, the undeniable reality of casualties at sea and the lack of institutional answers pushed us to be at the forefront in serving the most vulnerable people. Guided by the very same approach of brotherhood and humanitarian assistance, in September 2017 MOAS Italia decided to relocate to a region which is far from “our sea”, but sufferance and humanity have no borders, and can overcome any kind of geographic barriers and distance. 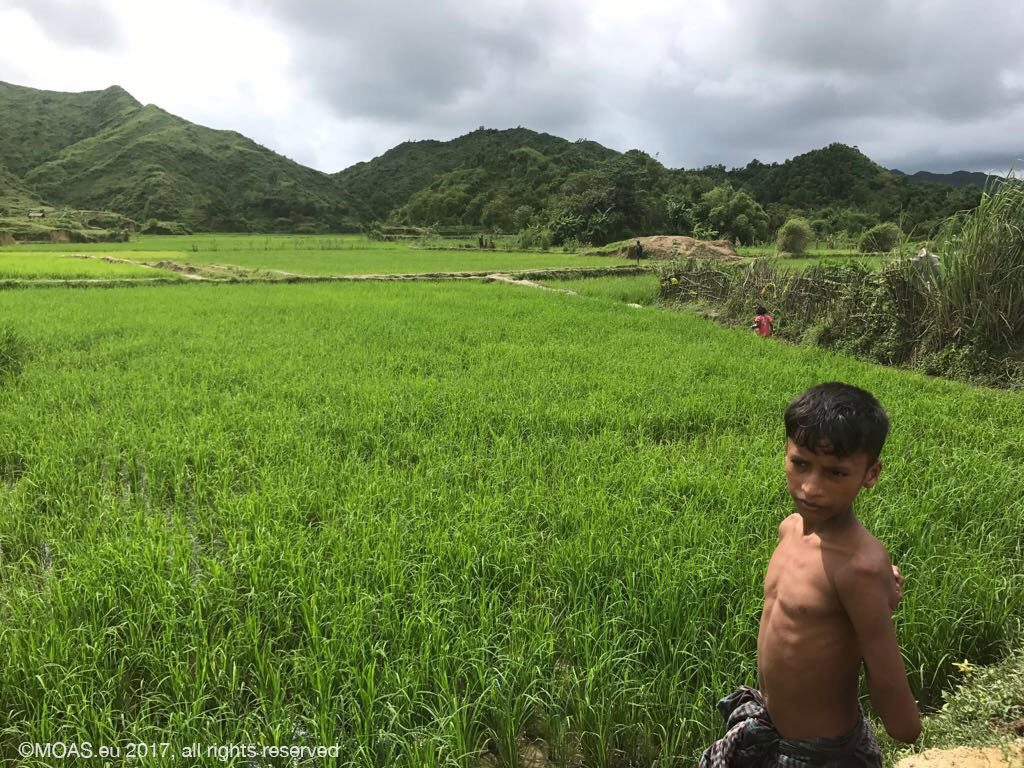 In 2015 we had already carried out some research; in May 2016 we published a report concerning the Rohingya’s situation in Rakhine State and addressing the main problems of a minority which is even deprived of citizenship. In light of our expertise on the ground and our know-how following 3 years of SAR missions to mitigate the pain of those most vulnerable, we decided to act once again in the name of mercy and courage.

We want to keep hope alive where it is most needed while honouring our humanitarian principles.

It is fundamental to defend victims of abuse and violence and become a voice for the voiceless. We all share the same Earth and we cannot conceive freedom as a private matter or think that someone else’s pain has no consequences for the rest of us. A world which is unfair to some of its children is unfair to all, and when human rights and dignity are not respected we should all be filled with indignation.

Having been born in the “right part” of the world, we have the duty to defend the freedom and life of those experiencing unspeakable suffering. Despite our well-being and peace in our homeland, we should never turn a blind eye to such a grim reality. They should not become an argument for being indifferent to people’s suffering. In our race against time to carry on daily activities we should find the time to run the marathon of hope and be ready to react quickly to the challenges of the present world.

We should cultivate the delicate seeds of freedom, justice, dialogue among religions, and commit ourselves on a daily basis to building a culture of human rights, respect and empathy, allowing us to overcome all differences.

MOAS’ philosophy started as the pioneering project of a family who decided not to remain indifferent to casualties at sea; then it developed and involved operational partners, NGOs, international donors apart from inspiring other organizations that followed our footsteps. In just three years we have rescued and assisted more than 40,000 children, women and men in a race between life and dead, and with the same spirit we wish to continue our humanitarian commitment.

Now more than ever we need your support to carry on this mission and still work on other projects. Above all, the one concerning humanitarian corridors to allow vulnerable people to reach European soil in a safe and legal way, and dismantle deadly traffickers’ networks.

Because Nobody Deserves to Die at Sea. Nor on (main)land.

This article was originally published by Gariwo in Italian 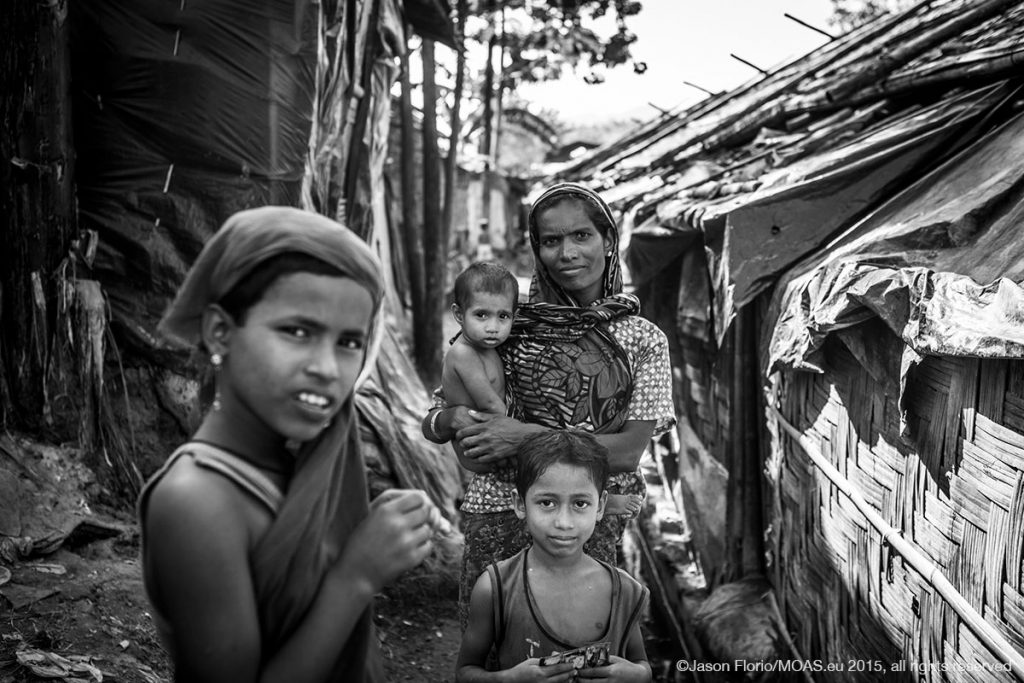