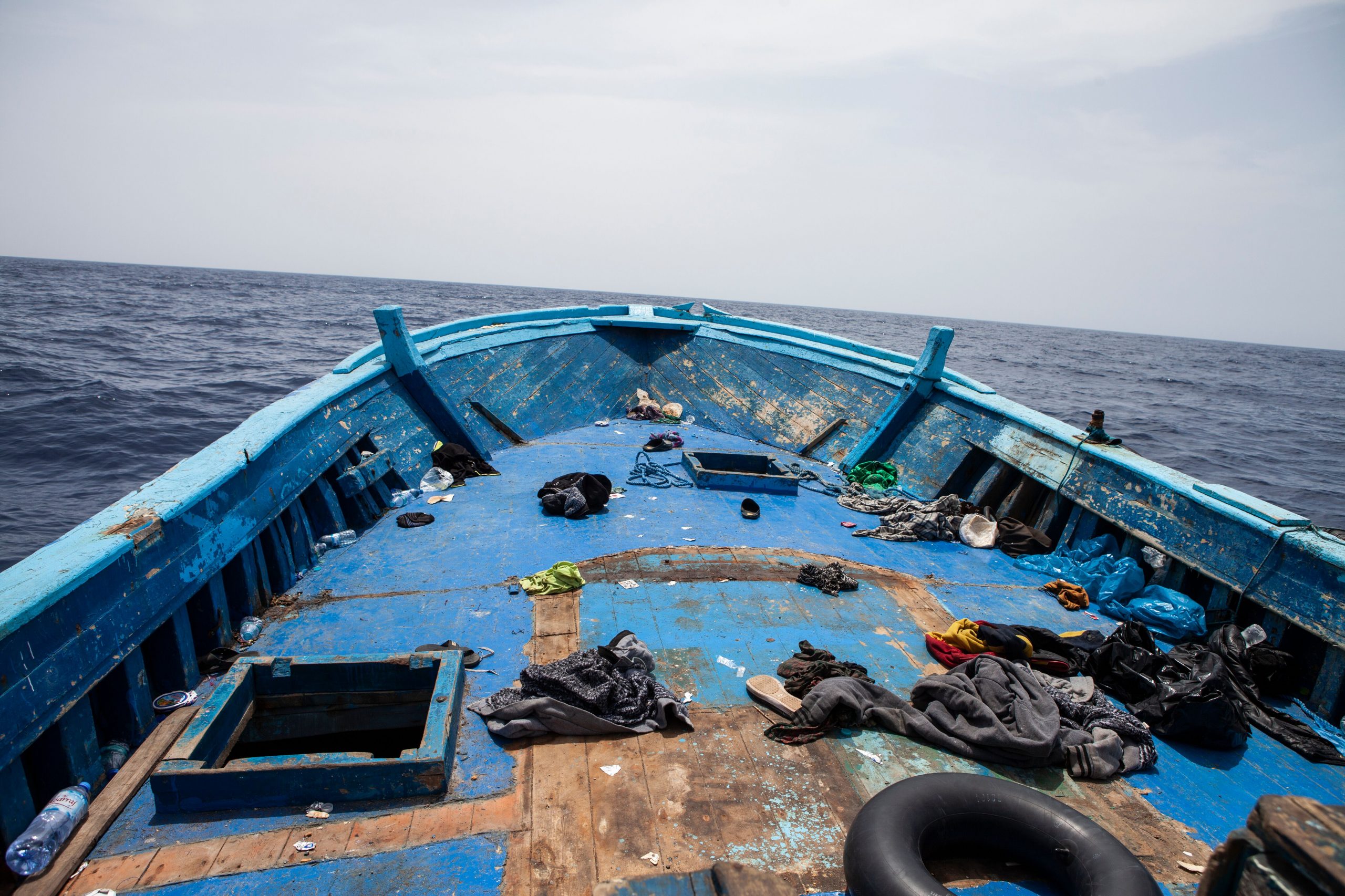 Posted at 16:32h in blog by admin
Reading Time: 4 minutes

Confined at home due to the spread of the pandemic, we are preparing to celebrate Easter in lockdown for the second year. Considering this situation, we cannot help but contemplate on how our lives have changed. Yet, this is also a highly important time to reflect on everything that has happened in an area, such as the Mediterranean Sea, while we have been busy fighting with new and unimaginable challenges that have overwhelmed our societies.

Between the end of April and the beginning of May 2020, over 400 people from Libya were rescued off the coast of Malta. As a result of the decision taken by most European countries to close ports due to the COVID-19 pandemic, migrants, after being rescued, remained crammed into two tourist boats belonging to the “Captain Morgan” company for five weeks. An illegitimate detention that ended only following the revolt that broke out on one of the boats and those on board were finally allowed to disembark in Malta. However, by that time, the migrants were psychologically and physically exhausted.

Nearly two months later, on a day in which the waves in the Mediterranean reached seven meters in height, a dinghy with 52 people on board was damaged and at the mercy of the sea. A Lebanese freighter, the Talia, which had just left Libya to transport animals, intervened and saved the people who were in desperate conditions on that rubber boat.

After four days on the vessel, still dirty due to livestock, almost without food and water, the Malta Search and Rescue Coordination Centre finally authorized the disembarkation of the people held on board.

Descending into the arms of the ship’s Captain was Brhane, photographed together in a shot renamed “the Pietà of the Mediterranean”, a nineteen-year-old young man in an evident state of confusion and malnutrition. After escaping Eritrea and crossing Sudan, he was captured and taken to a concentration camp in Libya by traffickers. During his time in the camp, he lost three friends, who were like brothers to him, that died after suffering the tortures that are now visible on the young man’s legs and feet.

“I had no money and anyone who arrives in Libya and has no money is sold as a slave. I’ve been sold twice and treated worse than an animal. In the two prisons where I was, they tortured me, held us upside down with tied ankles and beat us with a cane and the tail of a rifle on the legs. I didn’t eat for 11 days. And today when I see food, I’m afraid, because when they gave us pasta-macaroni to eat, immediately afterwards they hit us”. This is the story he told us in tears when, through the hospital assistance project offered by MOAS for migrants who are urgently hospitalized after rescues, we visited him at the Mater Dei Hospital in Malta.

These are just two of the too many events that have happened the Mediterranean in the last year, linked by a common theme: the relationship between COVID-19 and migratory flows from Africa.

The sudden worldwide spread of the pandemic has had a strong impact on migrant people in the Mediterranean, Europe and Africa, despite not being mentioned in the media. Within this scenario, we should ask ourselves about their condition and how a simple gesture can make a difference to make them feel welcomed and less alone.

In the European States, the migration issue was first addressed in terms of a threat to public health, but this then disappeared in a political scene and a public debate focused exclusively on the issue of the pandemic. The neglect of the issue occurred despite the dramatic situations that have arisen on the maritime and land borders of the Union, where hundreds of people have been stranded on boats in the Mediterranean or in the freezing Balkans.

The emergency has increased and highlighted some issues, such as the overcrowding of reception facilities, where it is impossible to comply with the prevention measures for the spread of COVID-19, the lack of medical assistance for migrants present in the area, especially for those which are in a state of “invisibility”, job insecurity, often dictated by the strong spread of irregular work, and the difficulty of following remote learning for children and young people who do not have a computer. A situation that reveals the need to develop a system that, beyond the pandemic situation, continues to take care of migrants after disembarkation so that once they arrive on European territory, they are not “abandoned”.

Even in Africa new difficulties arise, primarily the overcrowding in camps hosting refugees and asylum seekers in Sudan, Uganda, Ethiopia, Burkina Faso and Chad, the temporary suspension of resettlement in third countries and the closure of borders in some African States.

The horrors that take place in Libya to which the threat of COVID-19 is added would of course deserve a separate discussion.

Within this scenario, it is necessary to activate safe and legal migration channels to guarantee that every human being can live a life free from persecution, torture and threats, according to the most basic human rights enshrined in the international declarations of which European countries are signatories. Nobody deserves to die at sea, and it is our duty to give these desperate people the opportunity to reach a safe country in regular ways, without putting their lives in the hands of human traffickers.

On the occasion of Holy Easter, and uniting in the hope of rebirth, I dedicate my thoughts to all those who are forced to leave everything and escape in search of a more peaceful life and to all those who, within our community, put themselves in someone else’s shoes and commit to the fight for a life in dignity beyond any logic linked to borders and walls.