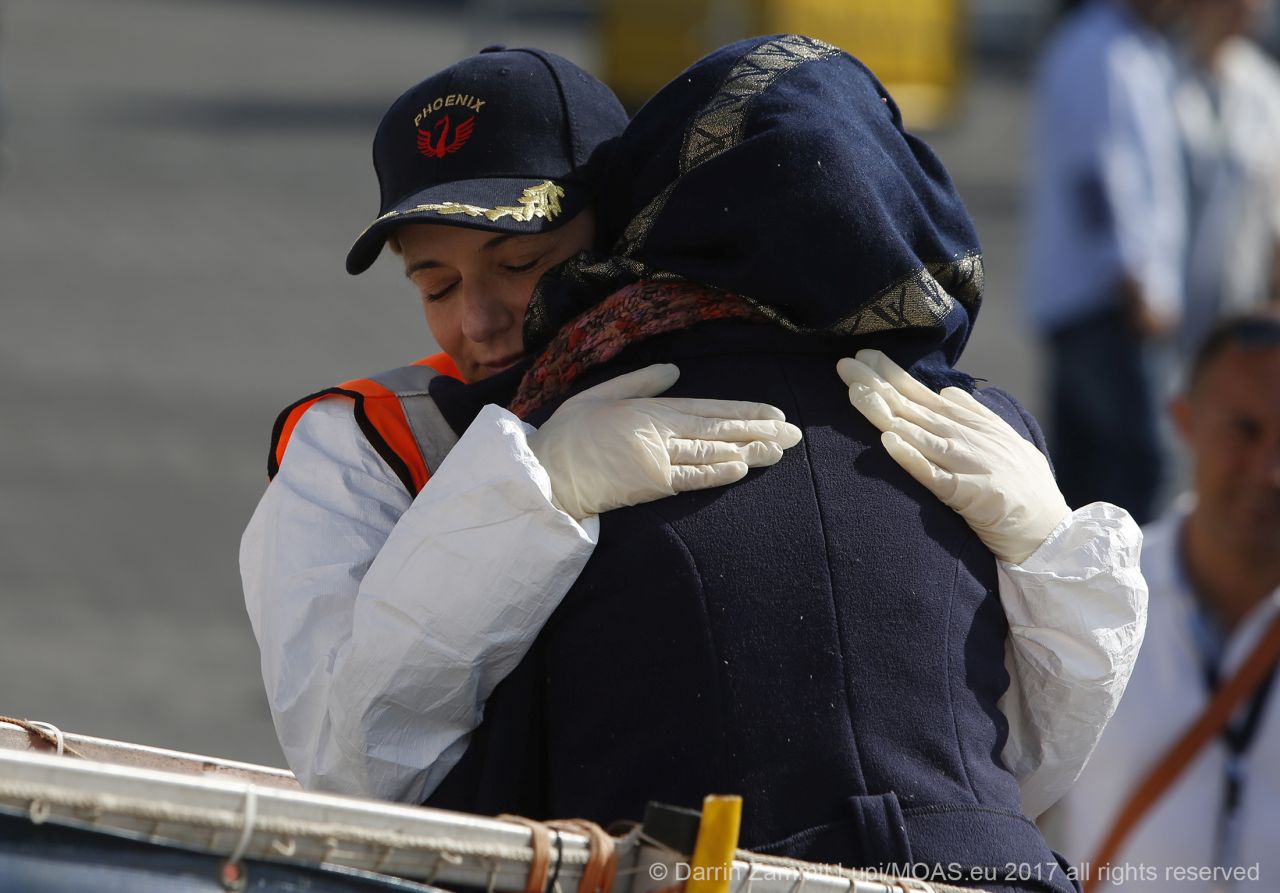 22 May 2017 Death cannot be measured by numbers

Posted at 13:23h in blog by admin
Reading Time: 4 minutes

For a while now social media and the press have been busy with fake news attacking NGOs saving lives at sea and those who defend them.

There have been so many statements, articles – often written with little knowledge of facts – and editorials written that it is difficult to understand what is going on.

Suddenly everyone has become an expert in International Law, the Law of the Sea, Human Rights and SAR activities.

The spotlight on the NGOs operating at sea casts a dark shadow on their activities due to two main accusations: contacts or collusion with smugglers who force people to cross the sea in atrocious conditions, and unclear private funds.

As stated on various occasions, together with the MOAS team, we welcome the idea of clarifying what is unclear and we continue to cooperate with official authorities.

Nevertheless, we regret insinuations and accusations against MOAS as an entity and against me and my husband at personal level.

MOAS was created by my family in order to act according to our capacities and talents to mitigate the ongoing catastrophe at sea.

We could have decided not to pay attention to a jacket floating on the sea surface where we were sailing on holiday.

We could have ignored the only clue of a person who drowned while trying to reach the mainland.

We could have been blind to Pope Francis urging everyone to act against the globalisation of indifference.

We could have simply locked ourselves in our wealthy life and deliberately decided not to help our brothers and sisters, who were dying on a daily basis.

But we decided to act differently.

Our hearts were deeply moved by that coat floating on the blue surface of the sea.

If the international community had set rescuing people in distress at sea as its priority, or if other humanitarian organizations had been out at sea, our presence would have been redundant.

But this was not the case and we reacted with bravery and the entrepreneurial spirit to inaction and indifference.

Despite fierce criticism, accusations and verbal abuse, including slander and insults, we have never regretted the path of courage.

MOAS was initially conceived in the heart of my family, but the idea was then assessed by experts in the field of Search and Rescue at sea and became a feasible project.

Before we registered MOAS and started our rescue missions, we went through different stages, from searching for a vessel that met our requirements to refurbishing it in order to use drones. We also installed a clinic and hired a professional crew allowing us to rescue thousands of desperate people who would have died without our presence.

Since its first SAR mission, MOAS has rescued and assisted over 35,000 people.

For instance, we disembarked 499 people in the port of Augusta on April 19th immediately after the awful Easter weekend, which was an unprecedented event even for migration experts due to the high number of people rescued.

We are thankful that 8,500 arrived safely in different Sicilian ports between Friday 14th and Sunday 16th, despite those who lost their lives.

But death cannot be measured by numbers. Neither can life.

Every person dying at sea is an unnecessary casualty, a life we could have safeguarded.

Each death is a burden that affects all of us, as proved by the lifeless body of a young boy -probably as young as 8 – who we transferred onto the Phoenix when it was already too late.

For MOAS, Easter – usually a symbol of resurrection – had the bitter taste of the pain for those deceased on the waves. 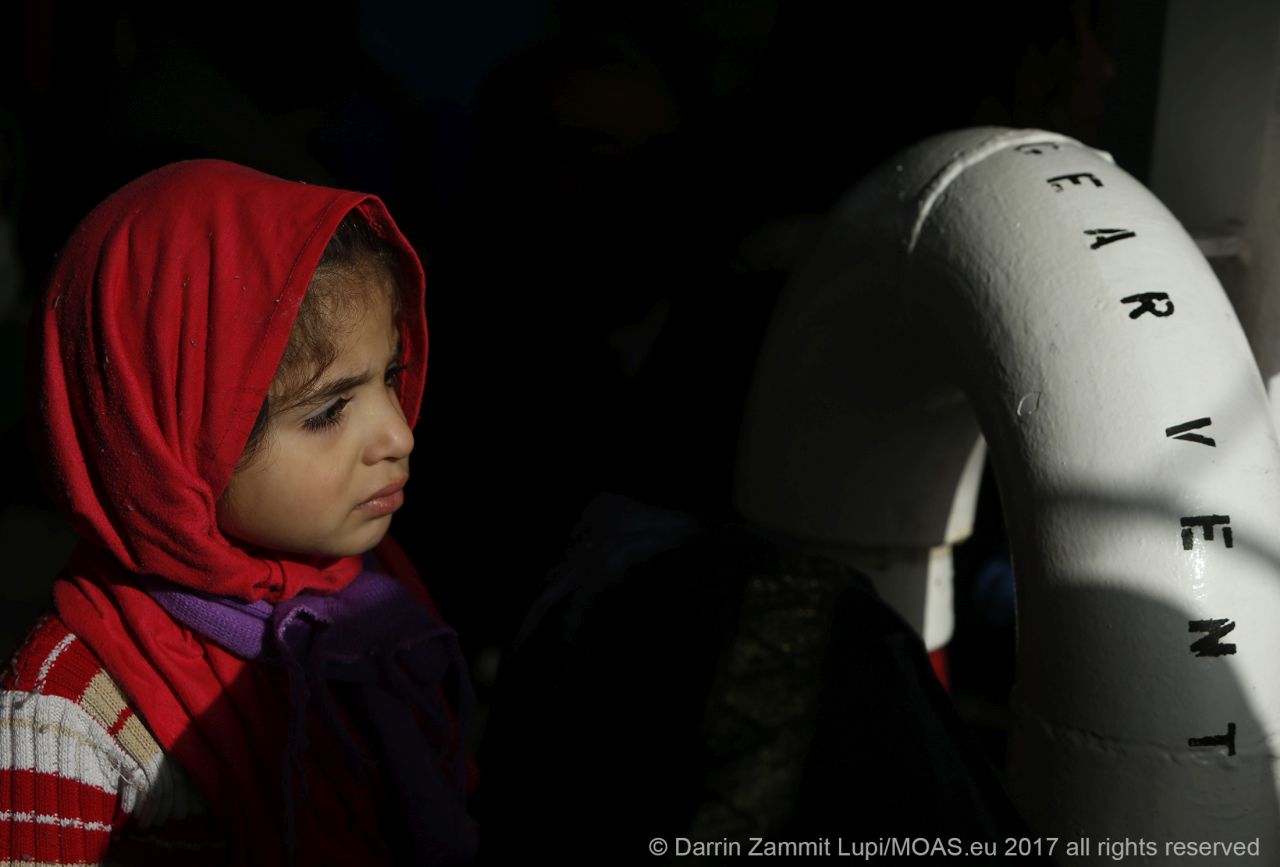 But since every single minute is precious, we have not wasted time and, after completing our mission, we sailed back to Malta to get the necessary supplies before heading to the SAR area again in order to rescue people in danger.

On May 6th 2017, the Phoenix entered the port of Catania with 394 people on board and the lifeless body of a young man from Sierra Leone who had been viciously killed by a smuggler after refusing to give him his baseball cap, as reported by witnesses. Among the people on board was his brother, who kept vigil over him.

Beyond the pain and frustration at being unable to do more, we felt enormous joy that 394 people were finally safe. Among them were mothers with newborn infants, fathers trying keep their daughters warm, boys and girls whose bodies are scarred by torture and violence and whose eyes showed both exhaustion and hope.

For those mothers with their kids, for those fathers, and for every boy and girl dreaming of a life far from violence, MOAS will keep on patrolling the sea, distributing life-jackets and hot meals as well as treating wounds that no-one should suffer from.

In light of the almost forgotten kindness and humanity that people find on the Phoenix, we will not surrender to criticism and slanders.

Last but not least, it is worth remembering that rescuing people at sea is not an option to be assessed according to convenience. It is an obligation embedded in International Law, namely in the UN Convention on the Law of the Sea (UNLCOS).

The fatal route across the Central Mediterranean has been in use for a long time, and has seen a dramatic increase in the number of crossings since 2014. Nevertheless, we are forced to keep using an emergency and disaster-relief approach.

NGOs should not have to be out at sea to rescue migrants in distress.

We should have to not wait for private citizens or humanitarian organisations to act in order to eradicate the current crisis at sea.

If we stop the SAR activities launched by MOAS – pioneered at a time when only Mare Nostrum vessels were assisting boats or dinghies in distress – we will leave people to die at sea.

But MOAS was created to save them and will not give up its mission until long as safe and legal alternatives – which we have been working on for months now- are implemented.

*this article was written as a contribution for Gariwo. You can read the original text in Italian by clicking here