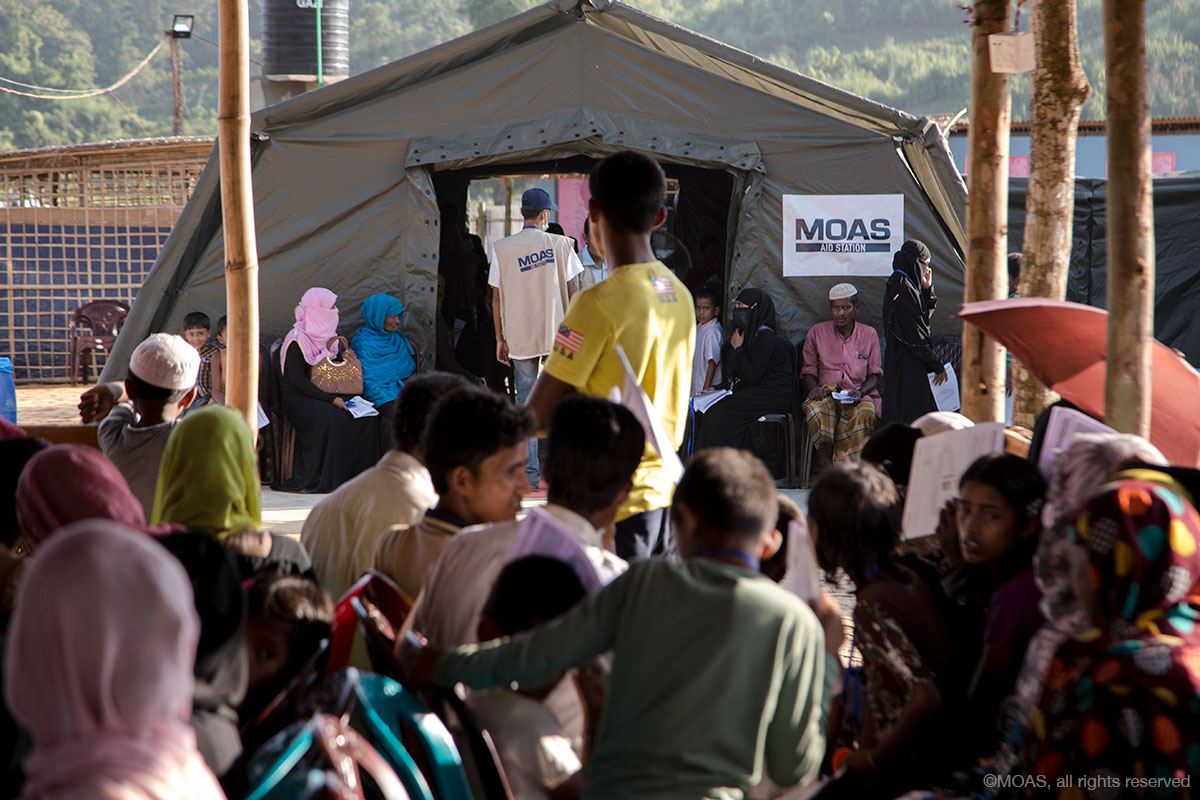 24 Jan 2018 The current medical situation in Bangladesh: emergency and prevention

With the new year, the medical emergency in Bangladesh seems more and more critical in light of the outbreak of communicable diseases spreading at an alarming rate due to many factors, including highly unsanitary conditions in refugee camps, makeshift settlements and host communities. According to the latest WHO figures, the situation is appalling, with 1.2 million people targeted for humanitarian assistance. More than 868,000 Rohingya are currently living in Bangladesh, including the most recent influx of 688,000 people arrived since last August.

Vaccination campaigns remain a major priority, and with MOAS we are glad that we are taking part in vaccination programmes under the guidance of the Bangladeshi Ministry of Health. Another round has just started with the schools opening to vaccinate local kids in light of their exposure and likelihood of developing communicable diseases withoutadequate medical coverage. Local entities on the ground are focusing efforts and resources to support both Rohingya individuals – exhausted after long and perilous journeys – and local host communities in order to face unprecedented challenges in terms of nutrition, health and food security. Immunisation, medical supplies, food and non-food aid deliveries, case management and early detection systems are being improved to increase effectiveness, while local medical staff is confronted with long-forgotten diseases, which are currently turning into a threatening nightmare for refugees and Bangladeshi inhabitants.

Moreover, we should take into account the general situation prior to disease outbreak: being highly marginalized and discriminated in their country of departure – Myanmar – Rohingya people have almost never had adequate access to the healthcare system, and endemic poverty has further hampered their chances of buying medicines and receiving treatments. Another great concern is the high rate of malnutrition: a survey carried out in October/November 2017 showed that between 14.3% and 24.3% of all kids aged 6 to 59 months were suffering from global acute malnutrition. Other major diseases of concern include anaemia, cholera, diphtheria and diarrhoea, which are also the main conditions reported so far. The most relevant triggering factors seem to be high morbidity, water contamination, poor access to food and clean water, and some Rohingya people explained how they had to sell “part of their ration in order to meet other basic needs”, including health costs. As stated by the latest ISCG report, 1,245,431 people have been reached with medical assistance, but many others are still in severe need. In light of this, all entities on the ground are doing their best to increase their presence and the range of services offered to cover as many needs as possible. 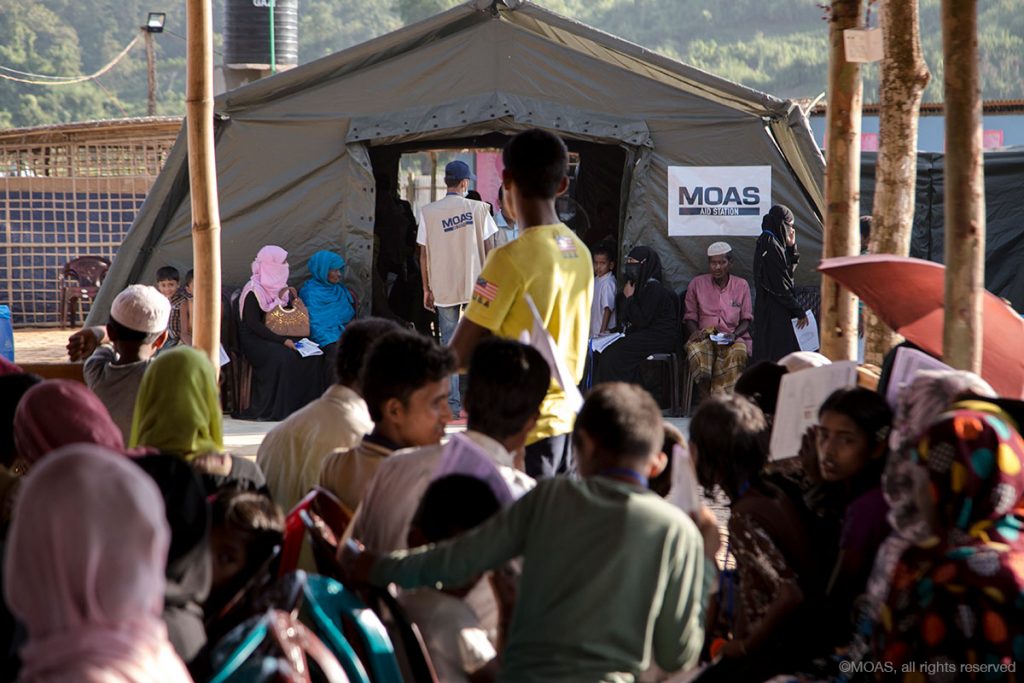 Water scarcity makes the situation dramatically worse for all those living in overcrowded camps and settlements, and hygiene remains very poor. As highlighted by a doctor, at the beginning they used to treat a large number of patients injured before or during the journey, while now the rate of water-borne and cold-related diseases in on the rise. The urgent need for every medical team on the ground to adjust and react to unpredictable situations and challenges is a major priority, together with a better coordination among different medical organisations. MOAS is thus grateful to our staff in Bangladesh working tirelessly to give the best and most professional assistance to our patients. Last but not least, the Rohingya population in Cox’s Bazar is highly vulnerable, since fleeing their country after escalating violence and widespread atrocities has left severe traumas. Many women have also been victims of sexual violence and rape or seen their family members and children murdered during mass killings.

I have personally witnessed the psychological consequences of migration both in the Mediterranean/Aegean Sea and in Bangladesh: some wounds are so deep that no therapy can guarantee a full recovery to their victims, but the best medicine – beyond drugs and regular medical checks – is love and care.

This is why I am happy and proud to be in Bangladesh again to support both our medical staff and our patients, who have survived horrific journeys and deserve the best future possible.