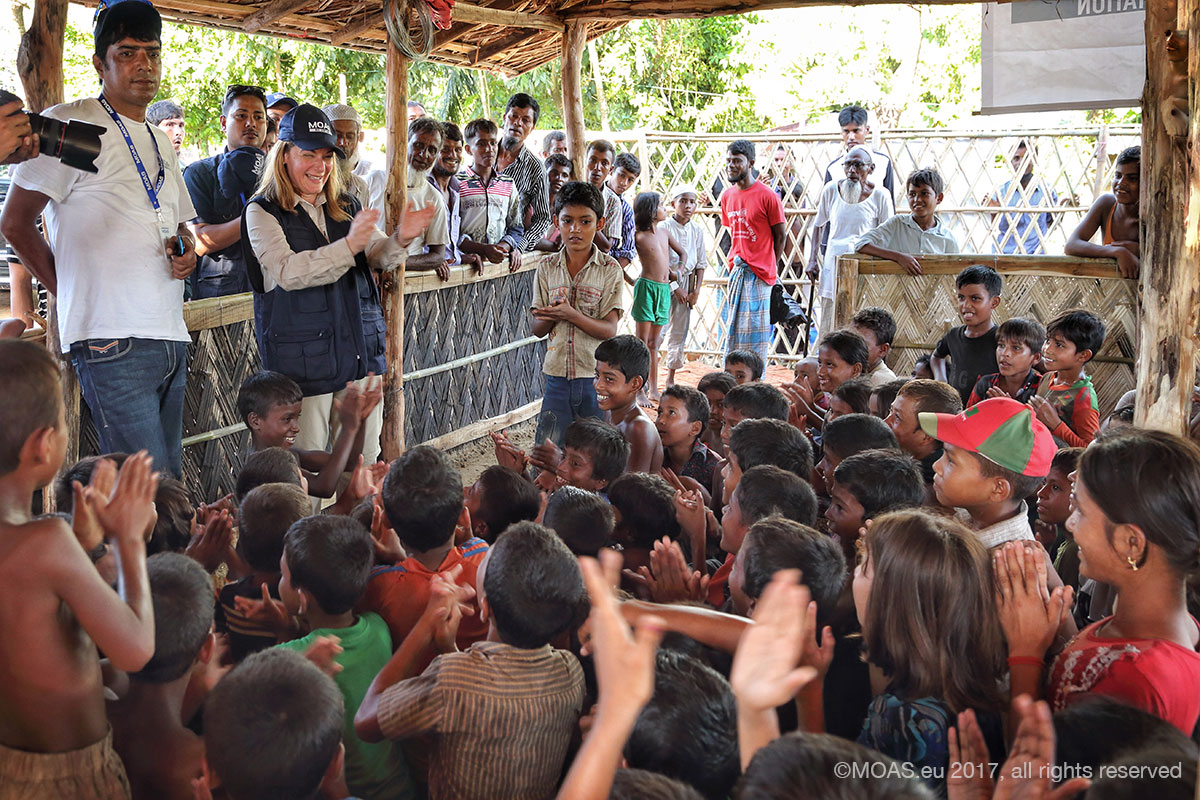 Between 3rd – 6th October, the Pontifical Gregorian University in Rome hosted a world congress on “Child Dignity in Digital World”, leading to a declaration which makes an overview of the global situation in terms of child exploitation and proposes solutions to limit or eradicate this problem.

Many perspectives were taken into account, with a special focus on the dangers connected to a globalised world and the increasingly pervasive use of technology, which has the potential to become very dangerous. Technology and internet are precious resources, which must be used properly, so it is necessary to cooperate at different levels in order to eliminate the main dangers.

As Pope Francis has said, “A society can be judged by how it treats its children”. 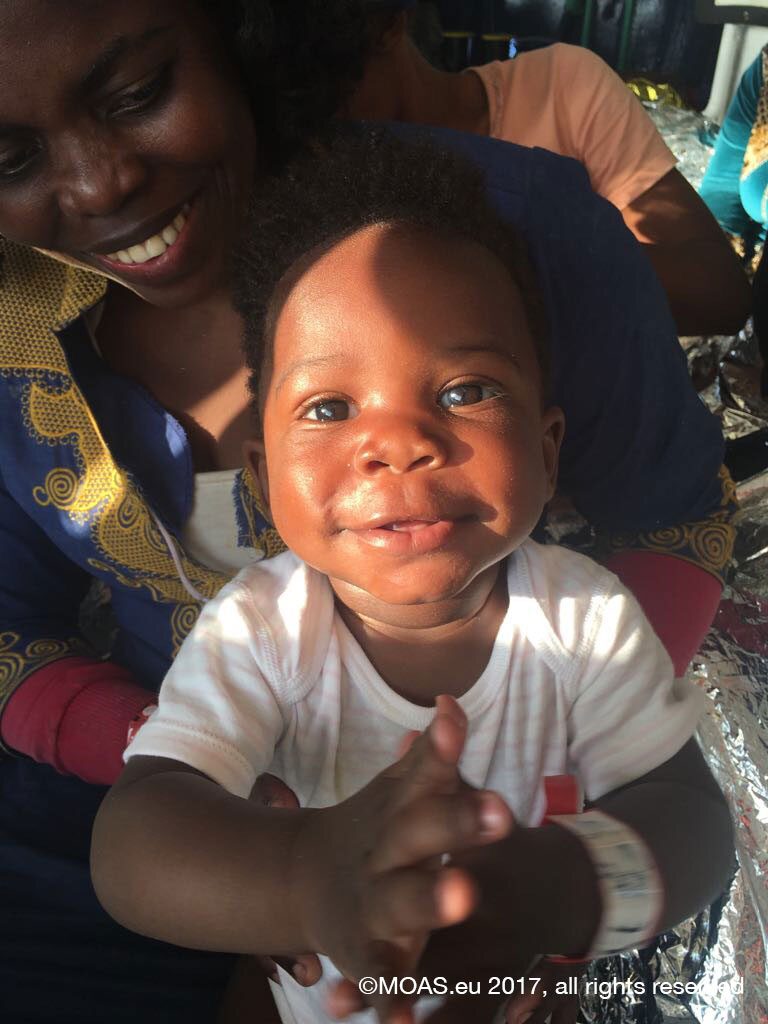 A toddler rescued by our MOAS’ SAR team during our 2017 mission at sea. The mission has operated in the Central Mediterranean between April and August 2017 before MOAS decided to shift operations in SE-Asia to bring humanitarian aid and medical assistance to the Rohingya refugees fleeing Myanmar and seeking sanctuary in Bangladesh

Such an essential and truthful statement prompts many questions. We have to ask ourselves what kind of world we are building, and if we are really doing everything possible to protect children.

If we had to judge our society by looking at the many minors who are poor, hungry, victims of trafficking or abuse, forced to work in unsafe conditions, what would the outcome be?

Let’s think about the many children who have died in shipwrecks in the Mediterranean and Aegean Sea, or about those welcomed on board the Phoenix. For many of them, a toy or a blanket was enough to make them smile, despite the horrors they had experienced. Once the rescue itself and post-rescue care had been completed, the entire MOAS team was focused on mitigating the pain of those children, who should have been at school or in a park. For certain, they should never been out at sea, only surviving their journey of hope by a seeming miracle.

Even in Bangladesh, where MOAS is running our new mission in South-East Asia, the situation is no better. People in need of care and exhausted after long journeys regularly arrive in a camp in Shamlapur, where we have opened our first MOAS Aid Station. Since August 25th 2017, more than 600,000 people have fled Myanmar in a massive influx into Bangladesh to seek sanctuary. The situation is exacerbated by the composition of this influx, as it is mainly women and children who arrive. UNICEF reports that 340,000 children are among the refugees -many of them under one year old – and that there is a very high rate of pregnant women.

MOAS’ team on the ground is experiencing first-hand a dramatic as well as dangerous situation, especially in light of the risk of outbreaks of contagious disease and a sharp rise in malnutrition. So, after welcoming His Holiness’ appeal to support our Rohingya brothers and sisters, we are pleased to invite Pope Francis to visit our Aid Station in Shamlapur during his next visit in Bangladesh, in order to keep hope alive in the hearts of those who suffer.

“Let us work together, then, so that we will always have the right, the courage and the joy to be able to look into the eyes of the children of our world”– Pope Francis. 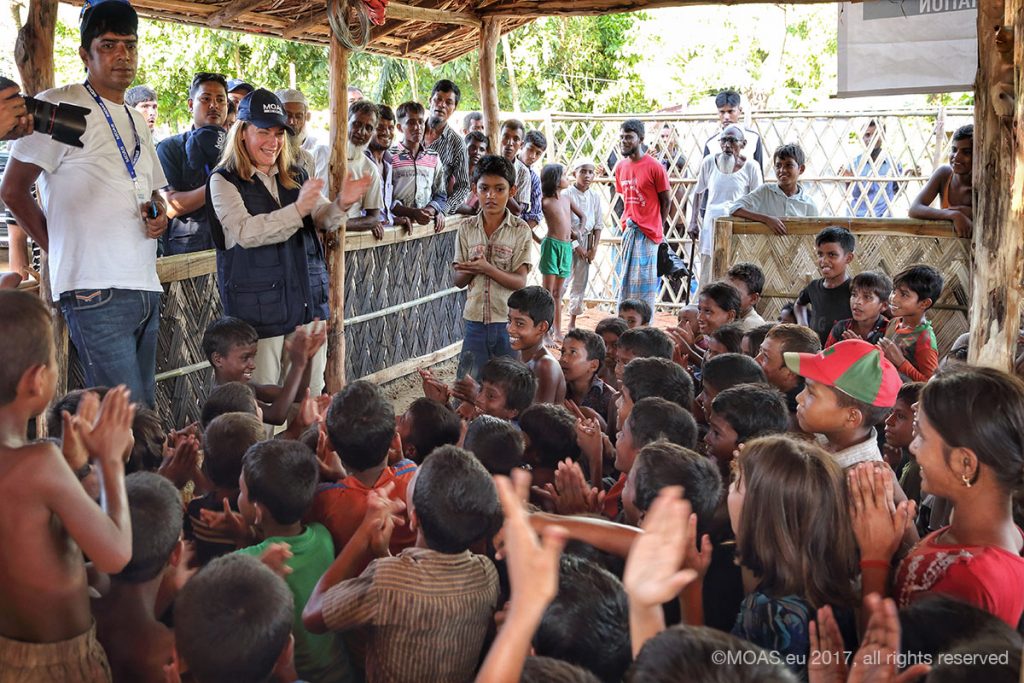 This article was published by the online magazine VITA in Italian