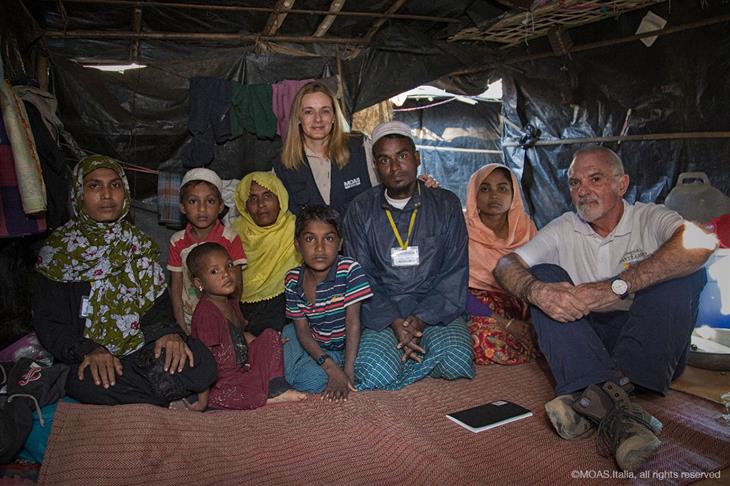 On February 7th 1968 a group of young people willing to make the world a better place decided to found the Community of Sant’Egidio under the leadership of Andrea Riccardi. So, this year we celebrate its 50th anniversary, and since its inception many other dreamers have joined this community from all over the world. Sant’Egidio has thus become a well-known entity operating in the field of development and support of those in need. I have had the great pleasure of meeting many of its members, who have become my good friends, such as Daniela Pompei, Mario Giro, Alberto Quattrucci, Marco Impagliazzo, Gianni Guidotti and its founding father Andrea Riccardi, and I deeply appreciate their personal commitment, as well as their moral and ethical values.

Pope Francis described Sant’Egidio as a community focused on prayers, poor people and peace, to sum up the values and mission shared by its members. Despite its lay nature, the evangelical message is often recalled and its beauty is experienced as a reality on a daily basis. Spirituality is not just theoretical, but becomes a real helping hand for our brothers and sisters in need.

I am therefore glad that MOAS Italia can count on Sant’Egidio and its strong collaboration with our Bangladesh mission, which brings medical assistance and humanitarian aid to Rohingya refugees who have fled the latest wave of violence in Myanmar, adding to previous influxes. Since last August 25th, more than 700,000 people have crossed the border to seek sanctuary in Bangladesh in areas which had already been affected by previous flows, increasing the risks linked to overcrowded camps and lack of adequate sanitation facilities. The situation on the ground is dramatic, and the risk of malnutrition and epidemics is very high, as is the danger posed by human traffickers who exploit people’s vulnerability.

In light of the many challenges on the ground, we are grateful to Sant’Egidio for its support. MOAS considers this community a valuable example of great humanity in spite of the crisis we are currently living.

As highlighted last September in Münster, during the “Paths of Peace” event organised by the Community of Sant’Egidio, our current crisis of values – which is triggering racism and violence – can only be overcome by offering positive, inspiring examples. Europe must follow the path of its founding fathers and stick to its values, based on dignity and respect for every human being.

On behalf of my family and the entire MOAS team, I wish all the best to this community of Friends and Brothers committed to building a society of inclusion and integration where nobody is marginalised, but each person is welcomed with love and care.

On December 4th, MOAS had the privilege to meet Mr Md Murulla, a member of the Rohingya delegation meeting the Pope in Dhaka. This picture portrays him and other family members together with Alberto Quattrucci, Secretary General of Peoples and Religions at the Community of Sant’Egidio, which is supporting our relief efforts and humanitarian mission to bring medical assistance both to the Rohingya refugee population and to host communities in Bangladesh