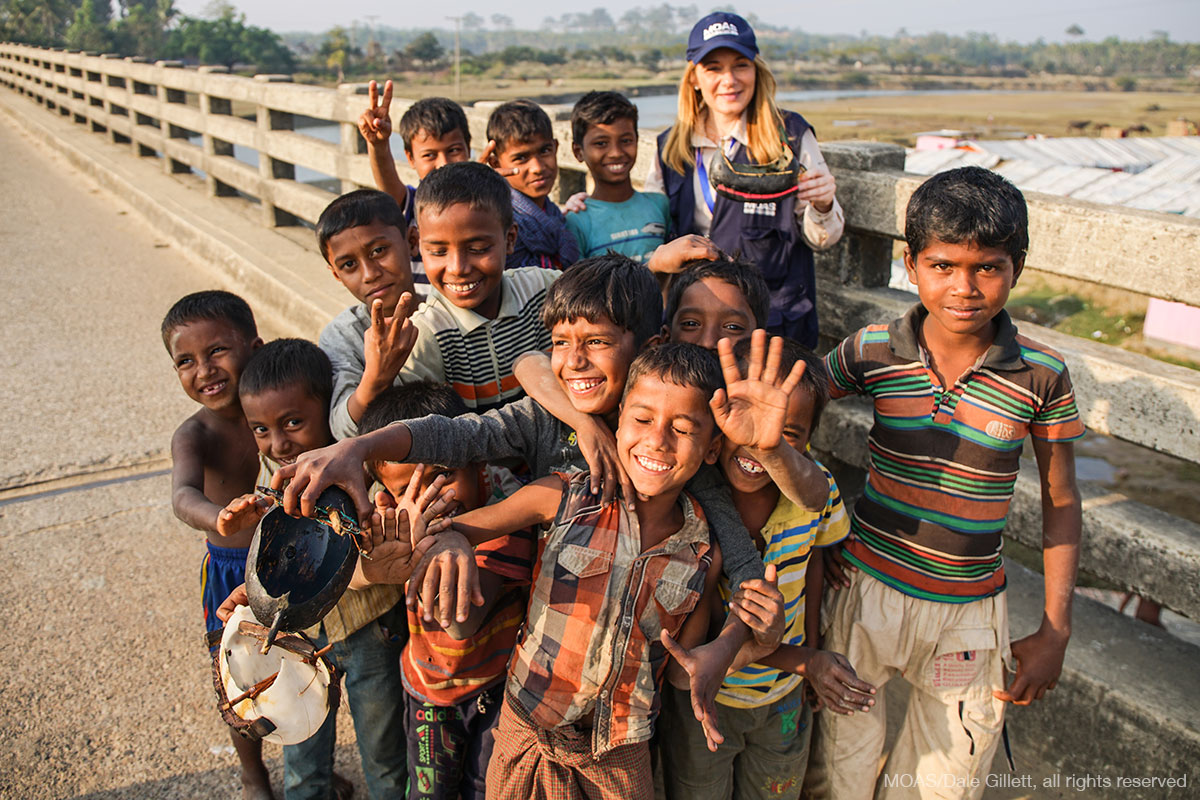 On February 15th the International Organisation for Migration issued a press release to announce the publication, in conjunction with UNICEF, UNHCR, Eurostat and OECD, of a document addressing the need to improve the collection of data about refugee, migrant and displaced children, as part of a broader commitment to safeguarding children’s rights. Their call to action, “Protecting children on the move starts with better data”, explains that in 2016 children made up almost half of refugee populations and asylum seekers, and 23 million minors were internally displaced[1].

The European Union also stressed the huge percentage of children affected by displacement and migration with a communication from the Commission to the European Parliament and the Council, explaining that “there has been a six-fold increase in the total number of child asylum applicants in the last six years”. This communication clearly states that children and teenagers are the main victims of migration, which exposes them to violence, exploitation, human trafficking and physical or psychological abuse whose effects last even after their arrival in Europe.

The 2017 International Migration Report, which I wrote about here, has a demographics section highlighting that “younger persons, below age 20, tend to be underrepresented amongst international migrants”; the report thus confirms serious failings in collecting migration data and in representing those affected by this phenomenon, which both cause abuse. 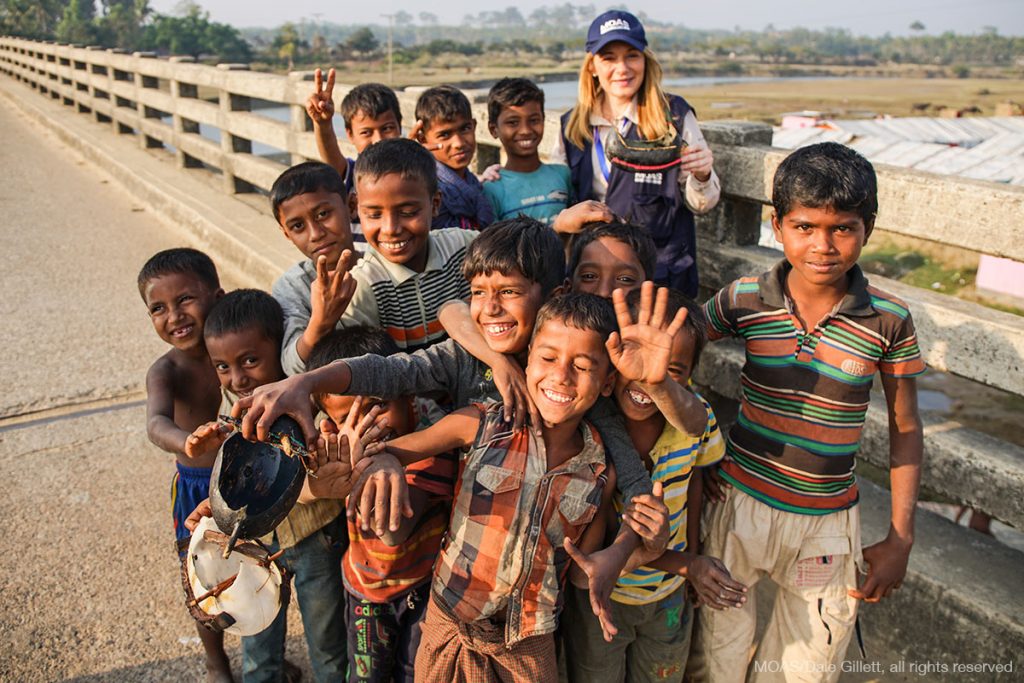 The group of children who inspired this story

However, what fascinates and moves me the most is their resilience. Children and women have the same precious gift, resilience. Children are able to cultivate a spontaneous, innocent happiness thanks to their imagination, saving them from the misery they are too often forced to experience. During my last stay in Bangladesh, I was visiting Rohingya refugee camps in Shamlapur, close to our Aid Station, when I met some children playing with improvised toys. I am walking through a flood-prone area, at risk due to the upcoming monsoons and cyclones; on my right is the Rohingya camp, and on my left some children are cheerfully playing next to the remains of a dog. In spite of the general scenario, they are happy to pose for a picture with their toys; they come closer and show me what they have made out of smoke-blackened plastic and old flip flops sewed at the sides. There is also an anchor made of fishing weights and some wood with a Bangladeshi flag on top. Their boats are small copies of those used to reach safety, and the Bangladeshi flag is intended to pay tribute to the country hosting them.

They tell me about their journeys, and I feel their happiness at being alive and their impatience to start a new life without war, discrimination or violence. In their tales, there is a strong hope for a “normal” future, for a world where they can live peacefully, and I am impressed by their imagination and emotional strength. One of them declares: “When I am older, I want to be a fisherman, but I cannot swim. Nobody can.” “You’ll learn, and if you are lucky, you will realise many other dreams”, I reply.

I say goodbye before leaving and I am aware that if we do not properly safeguard children’s rights, we forget our present and deny a decent future to the entirety of humankind. The last thing I see is a child playing hopscotch and jumping on the last rectangle: he is winning, and I see his victory as a good omen of a prosperous life. Additionally, when I look at those kids playing the same game I used to play as a child, I am persuaded that we really are all the same, united by children’s cheerful games.

[1] Internally displaced people (IDPs) have not crossed a border to find safety. Unlike refugees, they are on the run at home.

While they may have fled for similar reasons, IDPs stay within their own country and remain under the protection of its government, even if that government is the reason for their displacement. As a result, these people are among the most vulnerable in the world.