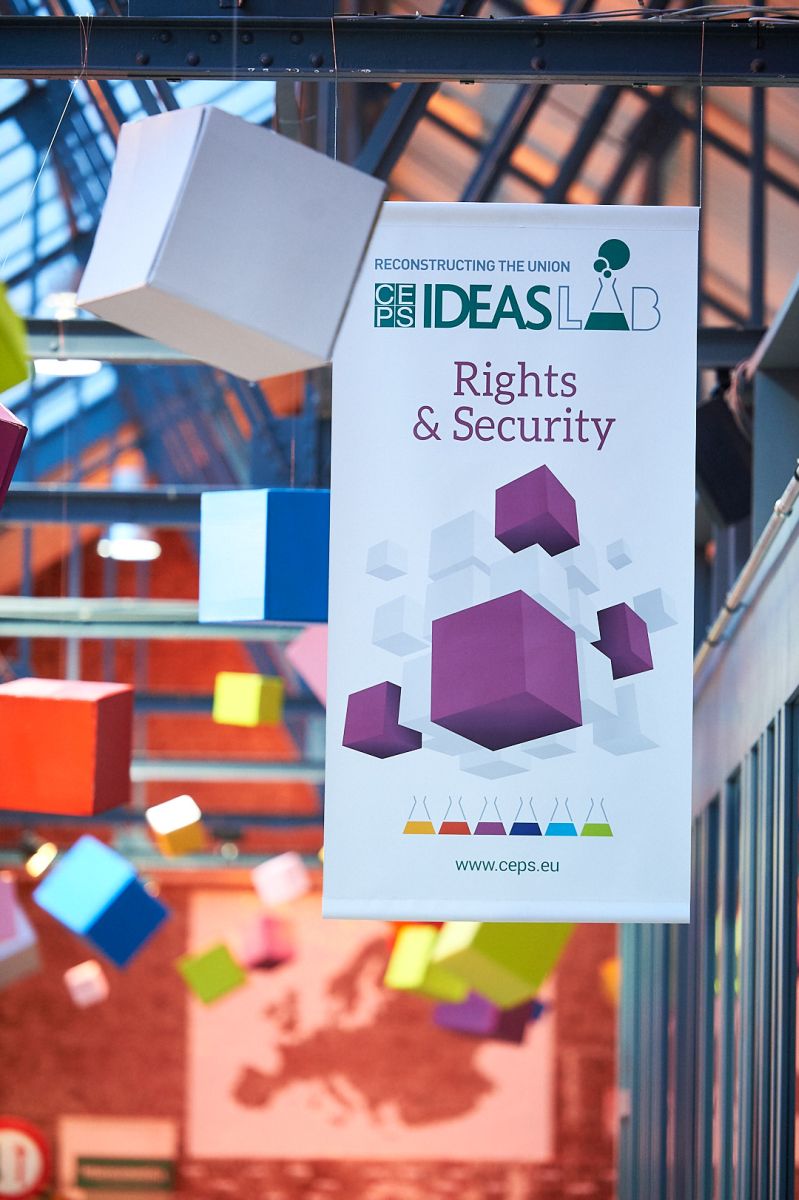 Posted at 12:09h in blog by admin
Reading Time: 4 minutes

EU migration policies: Are there effective ways to address smuggling?

On February 23rd I was invited as a discussion leader to the event CEPS Ideas Lab – Reconstructing the Union, held in Brussels. It was a valuable occasion to exchange views and opinions about the current humanitarian crisis, namely about possible ways to eradicate smuggling networks.

The discussion opened by highlighting that Malta has faced remarkable migration challenges for the last decade and that it has not been easy to find a common position on migration issues within the EU.

In light of this, the general hope is to build progress during the Maltese presidency and to implement the Malta Declaration as soon as possible. 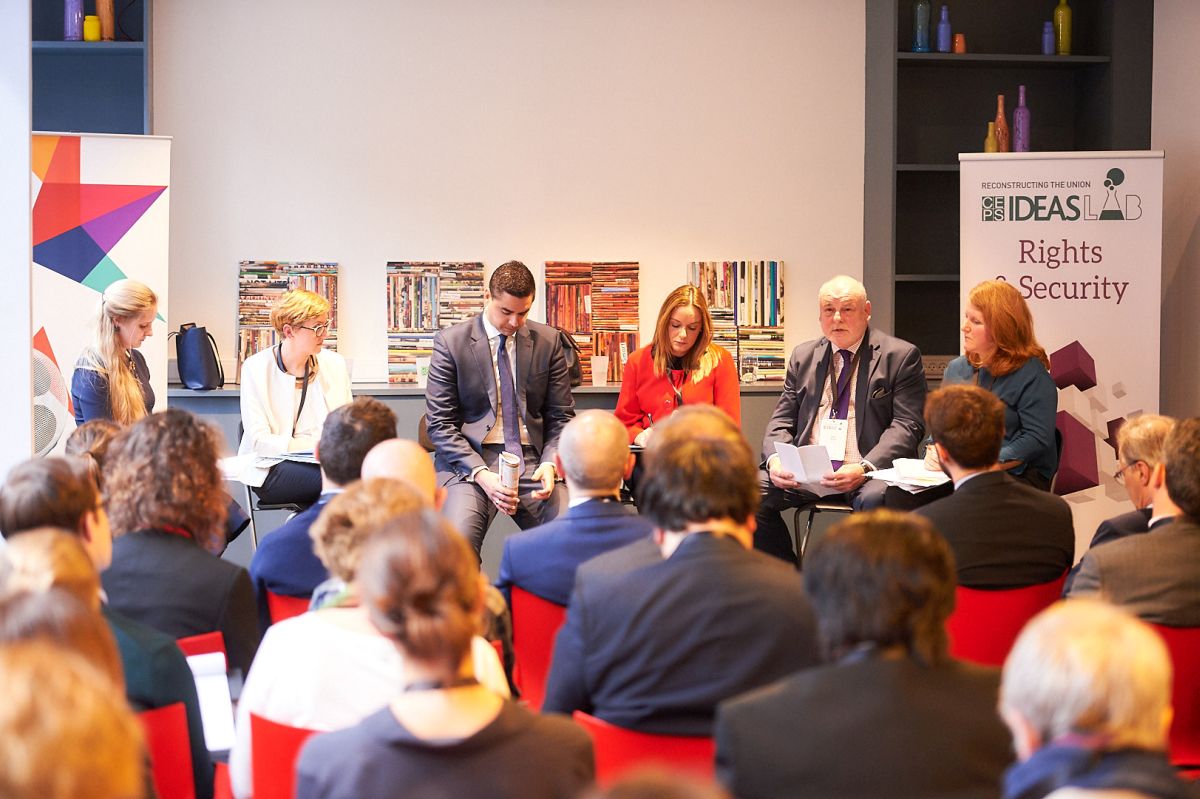 The EU-Turkey deal was also taken into account, considering if it really saves lives, or just hides the awful reality of refugees who keep on dying far from our sight. Saving lives has therefore to be considered as the highest priority in the EU agenda, while it is also crucial to make a clear distinction between smugglers – who profit from refugees’ fear and hope- and NGOs, who are rescuing migrants in distress at sea for genuine humanitarian reasons.

Nevertheless, there was a general agreement that alternatives to the deadly sea journey need to be established. As long as EU Member States as a whole do not offer safe and legal ways to reach Europe, smugglers’ business will continue to thrive, continuing to conduct their activities with no respect for basic human rights or International Law.

The EU’s and most of the Member States’ responses so far has been mostly focused on stopping migration flows, along with policing and border control.

Due to our perspective at the forefront of the migration crisis at sea, at MOAS we constantly deal with the immediate and most terrible effects of human smuggling.

The people we rescue are increasingly reporting of having been exploited, abused, beaten, kidnapped for ransom or tortured along the journey from their country of origin to the Libyan coast. We cannot ignore this awful reality.

Last year, we dealt with an unprecedented number of injuries and psychological traumas spread among the people we helped, due to the abuses they had suffered at the hands of smugglers and human traffickers. 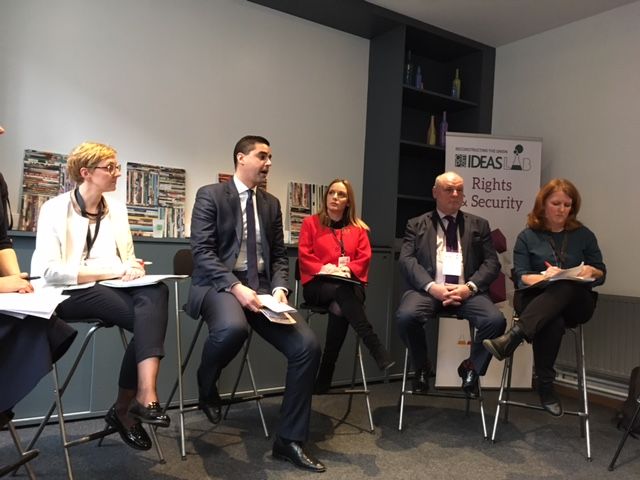 This situation suggests a greater level of systematization and industrialization on the side of the smuggling networks compared to the past, where more actors compete to maximize opportunity and meet demand.

The main focus of our panel was to explore effective ways to address and eradicate smuggling, and I was invited to give my own contribution in this respect.

In my view, the first option is to create efficient alternatives and eradicate smugglers’ deadly networks through the implementation of humanitarian corridors and resettlement policies.

For this reason, we strongly believe that the focus of the EU should be on humanitarian efforts, along with properly targeted and tailored anti-smuggling policies, rather than just preventing people from getting to Europe. 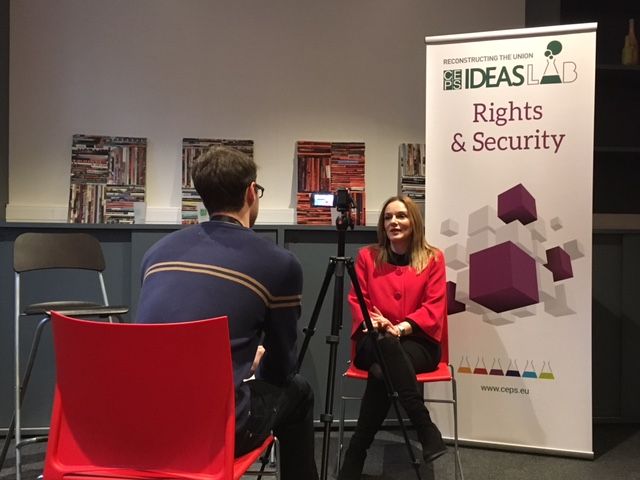 Smuggling networks have blossomed and industrialized despite Europe’s efforts to stop the flow by building walls and raising fences along its external and internal borders. This approach – based on more stringent migration policies and reduced intra-EU solidarity- has brought no long-term solution to the current humanitarian crisis.

MOAS proposes the creation of valid alternatives to uncontrolled migration flows through the establishment of safe and legal routes.

A large-scale implementation of this model would help to eradicate smuggling networks, as it will provide vulnerable people with legal access to European soil. Moreover, it will increase our safety and security since eligible candidates would be assessed in advance.

A second possibility is a better implementation of the resettlement policy. This would allow a more rational distribution of asylum seekers and refugees within Europe with the ultimate goal to integrate them in our shared community.

Both possibilities are based on existing tools, which have to be strengthened.

Last, but not the least, as a long-term solution MOAS believes it is fundamentally important to spread knowledge and information about the deadly journey.

According to the people we rescue, most of them are fully unaware of the dangers they will face when leaving their country of origin. Many say they would not attempt the crossing again. This demonstrates a huge lack of information which has to be addressed as soon as possible. Education plays also a key role in improving the current situation, as well as investing in those countries generating the highest number of refugees and migrants.

In a nutshell, our proposals are: safe and legal routes through the creation of humanitarian corridors; a better implementation of the resettlement and relocation policies and a system of shared information in the countries of origin.

*The meeting was held under the Chatham House Rule