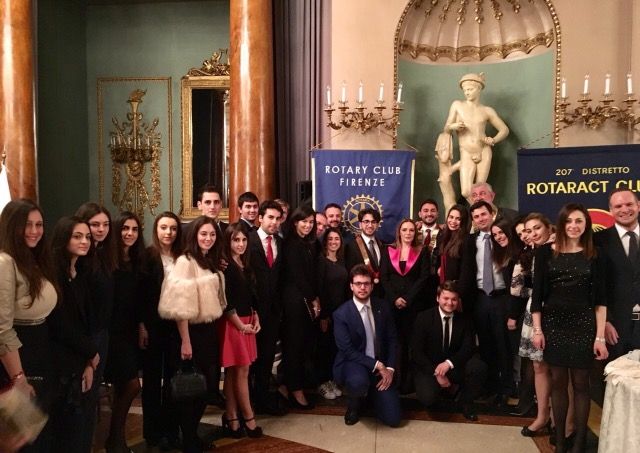 13 Mar 2017 A dinner at the Rotary Club in Florence: Together to Serve

Posted at 15:43h in blog by admin
Reading Time: 3 minutes

On March 13th I was invited to Florence by Rotaract FI, Rotary Club and Interact. The event took place inside the Palazzo Borghese, a charming palace in the city centre, and gave me the chance to talk about MOAS’ inception, activities, rescue operations at sea as well as about my emotions during SAR missions.

Between March 13th-19th, the World Rotaract Week took place to honour Rotaract’s foundation in 1968 in the US. The Rotaract Club in Florence was created on March 18th 1968, and is the first club at European level and the third globally. 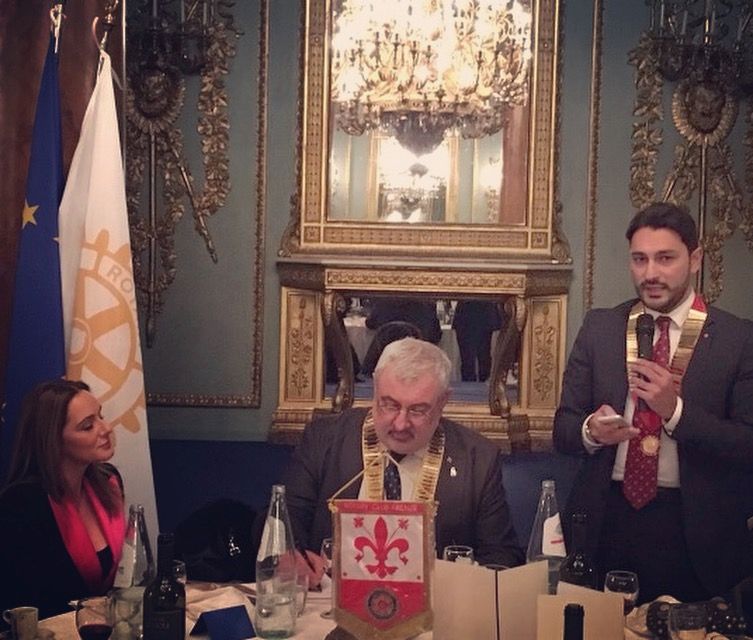 I was very honoured by the attention that the audience devoted to MOAS while watching our videos.

Mr Carlo Francini Vezzosi, President of Rotary Club Firenze, introduced the event by ringing a bell on our table and explaining its origin. That bell was donated by the Rotary Club in NY and had a sentence on it -Together to Serve- stating a social commitment similar to our founding principles. Shortly after, Mr Antonio Pangallo, President of Rotaract Club Firenze PHF who organized the dinner with MOAS, explained our mission and values.

One video gave an overview about MOAS’ operations, showing how we assist boats or dinghies in distress, and was a perfect starting point for further discussion. Namely, I described our latest campain calling for the creation of humanitarian corridors, as provided for in International Law. In our view, they are one of the only alternatives to the deadly journeys.

Humanitarian corridors would help by granting safety and security, both for their vulnerable beneficiaries and the welcoming states. They would also ease integration processes through tailored relocation programmes, which haven’t been fully utilised so far.

MOAS would prefer that the situation that we must go to sea to rescue migrants was not the reality, but the alternative is to let people die amid great indifference.

In light of this we are launching our 2017 mission in April with our vessel, the Phoenix, and are also working on the opening of safe and legal routes. 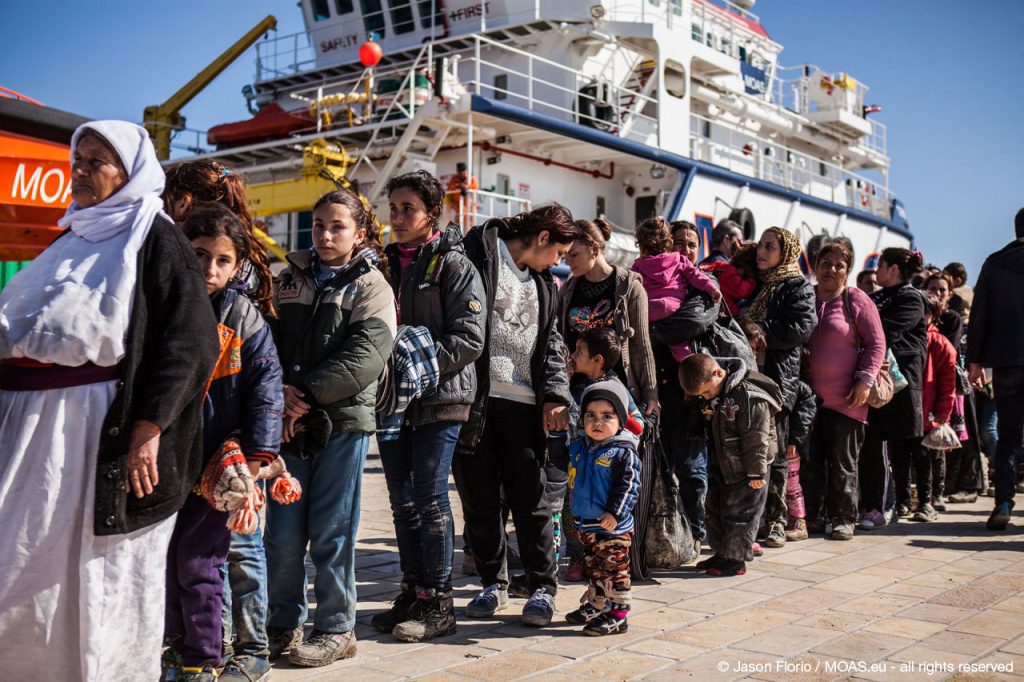 As long as migrants are forced to risk their life at sea in search of peace and security –which we take for granted- MOAS will be there to rescue them.

If we want to fight against human trafficking, lethal journeys killing children, women and men have to be replaced by using safe and legal routes.

Peace and safety are not a privilege of those who were born in the right part of the world, but basic human rights. When we deny them to someone, we deny them to ourselves.

I concluded my speech with a happy-ending: Noura’s story.

Noura is a Syrian woman aged 28 and comes from a town near Damascus. She used to work as an English teacher and had a happy life until war forced her to flee her homeland. Noura had to leave Syria with her parents, her twin brother and sister-in-law. After many vicissitudes Noura boarded a dinghy in the Aegean Sea where she was rescued with her whole family by the MOAS team. In February 2016, she arrived in Germany, in Saarbrücken, where she is building her new life far from bombings and war.