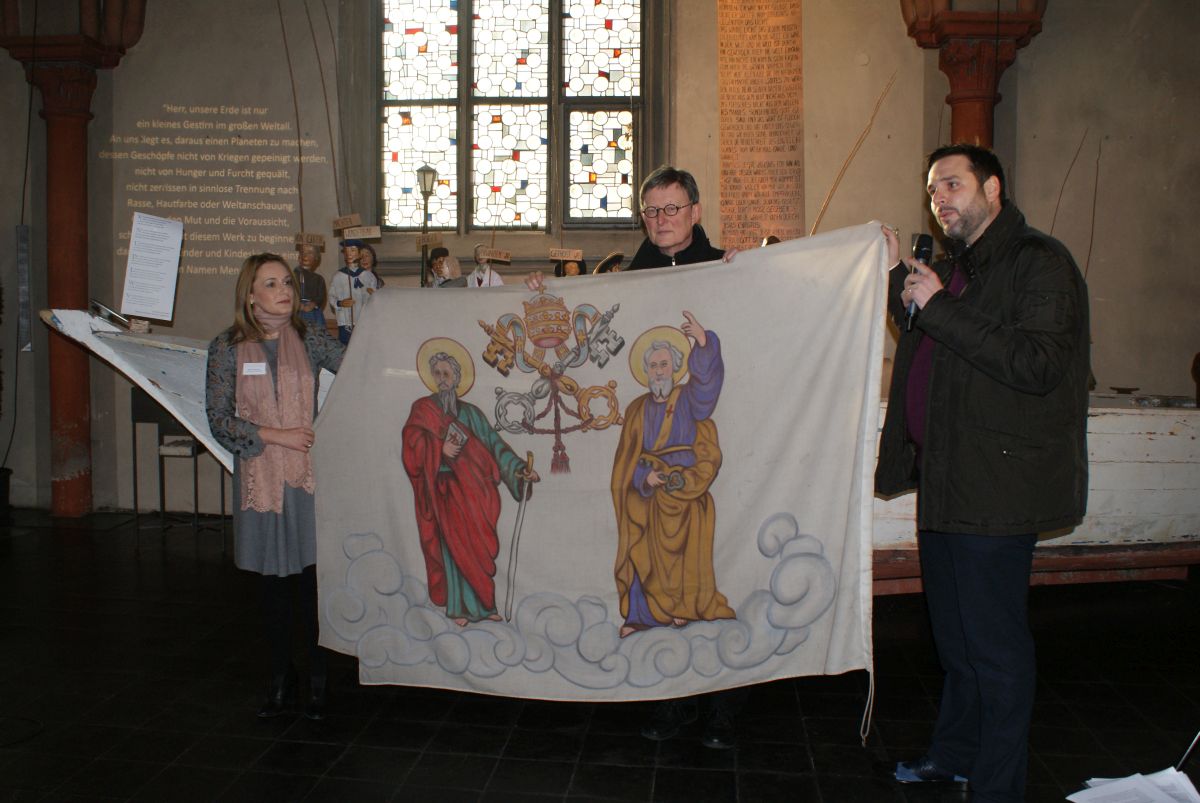 05 Jan 2017 A bridge between Germany and the Mediterranean Sea

Posted at 09:20h in blog by admin
Reading Time: 4 minutes

On January 5th, my husband Christopher and I were invited by Cardinal Rainer Maria Woelki, the Archbishop of Cologne, to participate in the Three Kings ceremony. This gave us the chance to introduce MOAS, an international NGO aimed at mitigating the loss of life at sea, and to give Cardinal Woelki our Saint Peter and Paul’s flag. This flag -with its golden and silver keys- has been flown during every MOAS SAR mission at sea since the very beginning. It stands for the cooperation between the Mediterranean Sea and the city of Cologne, whose citizens have made our rescue missions possible by donating and supporting our activities.

We were surrounded by a warm community of believers who strengthened our motivation and commitment to rescue those who look for a better future.

MOAS was created because my husband Christopher and I decided to act.

In the summer of 2013 we were on a cruising holiday in the Mediterranean. While we were heading from Lampedusa to Tunisia, Pope Francis went to Lampedusa on his first official visit and gave his now well-known speech against the globalisation of indifference urging the public to stop turning a blind eye to other people’s suffering.

We both felt a moral duty and ethical responsibility to act in order to save our brothers and sisters who are fleeing their homelands due to violence, persecution and poverty.

We decided to invest our time, as well as our financial and professional resources, to save lives; and so we created MOAS.

Meanwhile, in October 2013, a terrible shipwreck happened in the same seas where we had been enjoying our holiday. 368 people lost their lives that day, just off the shores of Lampedusa. Soon after, many dead bodies were recovered from the same beaches where tourists sunbathed.

This was our call to action.

People were dying at sea, so we needed a vessel to rescue them.

In January 2014 we went boat-hunting and in Virginia we found the Phoenix, a 40m vessel that we refurbished and equipped with everything necessary to provide post-rescue care.

Nevertheless, the biggest improvement was the installation of a helipad, which allowed us to bring on board two drones in order to considerably expand our SAR area.

The Schiebel Camcopter S-100 drones became our eyes over the sea, allowing us to save human lives by finding new, humanitarian ways to use high-specification technology.

Since our first mission in August 2014 until our most recent mission, which ended in December 2016, MOAS has been able to rescue around 33.000 people in more than 130 SAR events.

Still, this is not enough. According to the International Organisation for Migration, at least 5,083 people died while attempting to cross the Mediterranean Sea in 2016, making it the deadliest year on record for migrant deaths in the Mediterranean.

MOAS’s core belief is that No–One Deserves to Die at Sea. Everybody can take action and support our activities through donations or by working with us to push for the creation of safe and legal routes. If we are not part of the solution, we risk becoming part of the problem. This humanitarian crisis affects all of us. 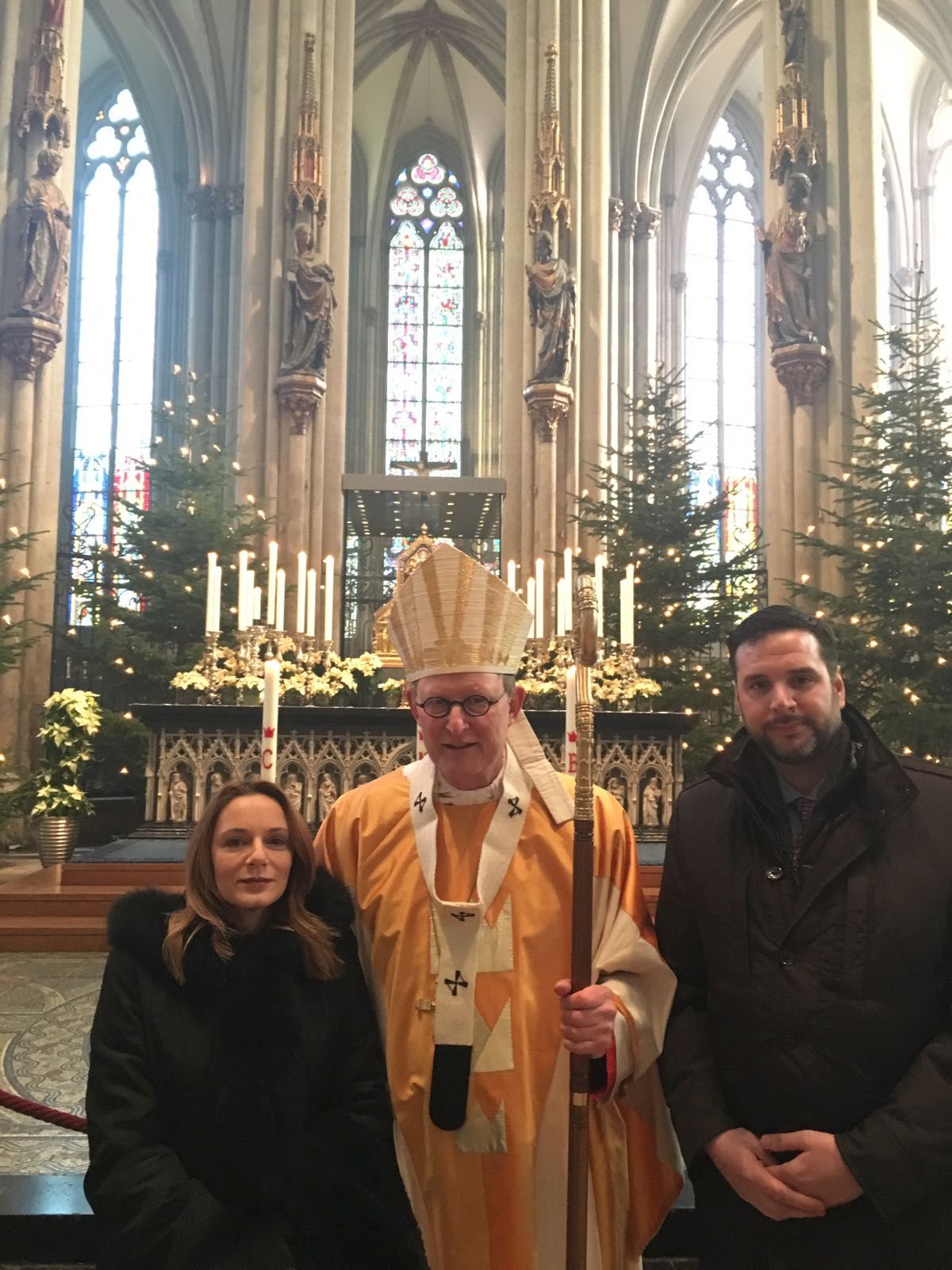 Moreover, we believe that there are far better ways to manage migratory flows.

Europe needs to stop looking at people fleeing war as a problem and focus on their capability to improve our shared global community.

My husband Christopher and I strongly believe in humanitarian corridors, as it is time to open safe and legal routes to allow vulnerable groups of people who need international protection to arrive safely in Europe. Moreover, they will be the very first step in destroying smuggling networks, avoiding fatalities at sea and supporting an effective resettlement policy at European level.

International Law provides people fleeing violence, war and persecution with specific protection. If we deny them the right to seek this protection, we are denying their intrinsic human rights.

When we decided to create MOAS we didn’t know we would become an example for many others. Nevertheless, we always kept in mind the Parable of the Sower. As the sower spreads the seeds around him, we should always be confident that, sooner or later, our actions and words may find the best environment to blossom.

My family played a significant role in the creation and success of MOAS, since without my husband Christopher and my daughter Maria Luisa it would have been impossible to achieve our goals. Family is fundamental when it comes to making a dream come true. Our mutual love as family members helped us in putting into practice a brave project and we have been supporting each other from the very beginning. 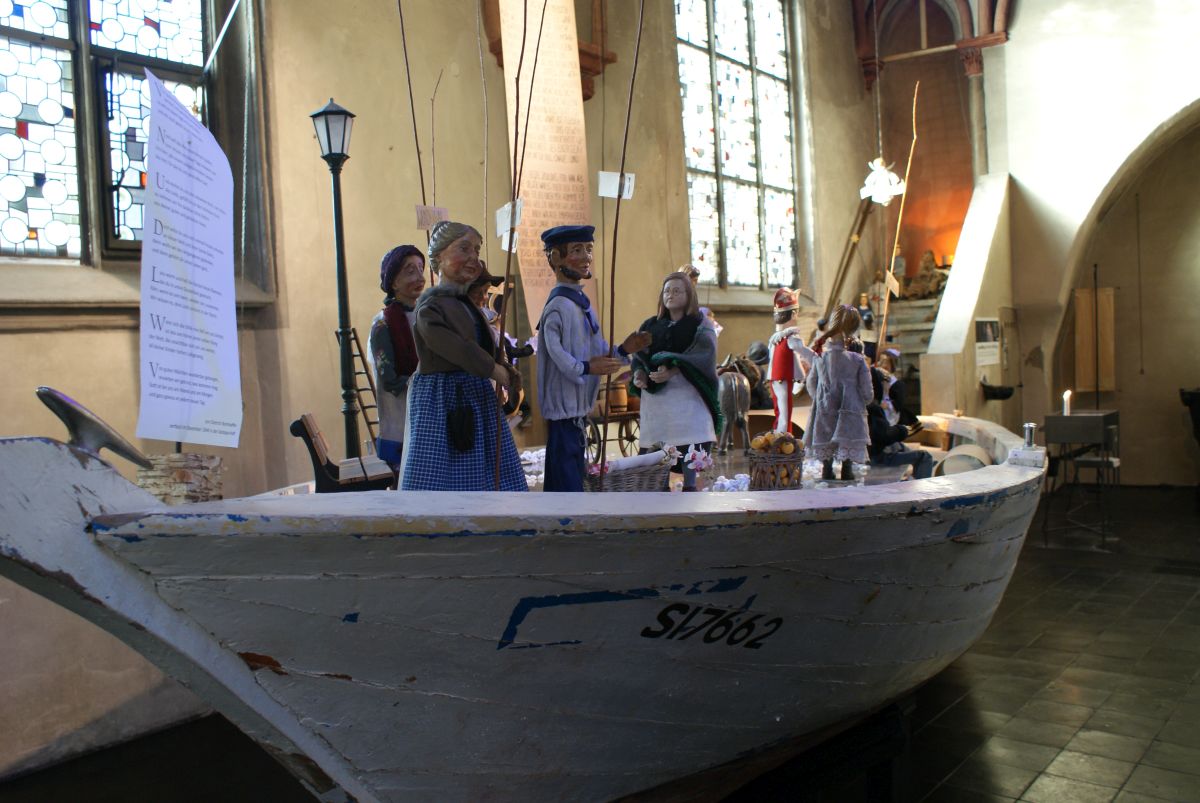 Now, besides my own family and our colleagues, we can rely on a larger family, one made up of our donors and supporters who share our views and our determination to save and protect human lives.

However, we must remember that not every family is as blessed as ours. Noura’s family, for instance, comes from war-torn Syria and was forced to leave the country.

Noura is a 27-year-old Syrian woman who worked as an English teacher in Damascus. Due to the ongoing civil war she was forced to flee her homeland with her parents, brother and sister-in-law.

Noura was rescued by MOAS in the Aegean Sea on January 15th 2016, and is now thankfully living in Saarbrücken, where she is building her future.

We went to visit Noura in her new house, where she explained to us what pushed her to leave Syria, the horrific journey she went through, and her present life in Germany.