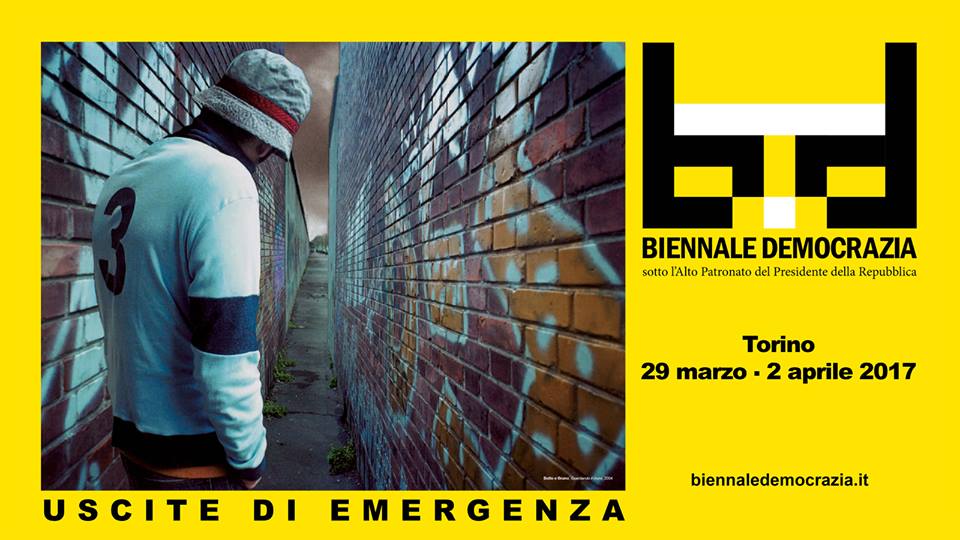 Posted at 09:36h in blog by admin
Reading Time: 4 minutes

From March 29th till April 2nd 2017 the fifth edition of Biennale di Democrazia was held in Turin with the title Uscite d’Emergenza (i.e. Emergency Exits). On the last day I had the pleasure of participating in a discussion, called “Out at sea: Migrants’ Odyssey“, addressing the ongoing migration crisis.

Ferruccio Pastore – Director at FIERI (International and European Forum on Migration Research) moderated the discussion between me and Gabriele Del Grande, the blogger who created Fortress Europe.

Ferruccio Pastore helped the audience to better frame current migration through some slides and devoted special attention to unaccompanied minors, whose presence is on the rise on Italian shores.

I started my speech by inviting everyone to “come on board” MOAS’ vessel, the Phoenix, and tried to explain the meaning of the displayed figures. A MOAS video giving an overview about its inception, mission and results moved the public there and gave an idea of the activities carried out on board.

MOAS was created as the reaction of a family who wanted to help other families fleeing war, violence and inhuman privations. I was not representing myself there, but was speaking on behalf of the rescued and the rescuers, as well as on behalf of those who die at sea. I was also there to thank our supporters who day by day make our mission to save lives at sea possible.

In light of our guiding principle, “No one deserves to die at sea”, MOAS has rescued more than 33,000 people till December 2016 and hopes to rescue many more people during the mission started on April 1st.

Despite our great satisfaction at this result, we are well aware that ours is an emergency-relief activity and does not represent a long-term solution, which is desperately needed as soon as possible.

Moreover, even though MOAS was created 3 years ago and migration is not a new phenomenon, we keep on handling this issue with a dangerous emergency-oriented approach and without a stable long-term perspective. On top of this, the situation in Libya -the main hub for people attempting the crossing- is getting worse and worse.

Ferruccio Pastore raised a crucial question about the reasons why migration is worsening from every point of view. More people die at sea, more human rights violations are perpetrated in Libya, more chaos is recorded in welcoming centres and more traumatised people disembark after the journey.

In my view, focusing our attention on the sea – the very end of the journey – and on the lucky ones who disembark in a safe harbour is a huge mistake.

We deliberately ignore the previous steps, which are not less painful. A great majority die in the desert or due to the hardship and tortures experienced during the lethal journey. 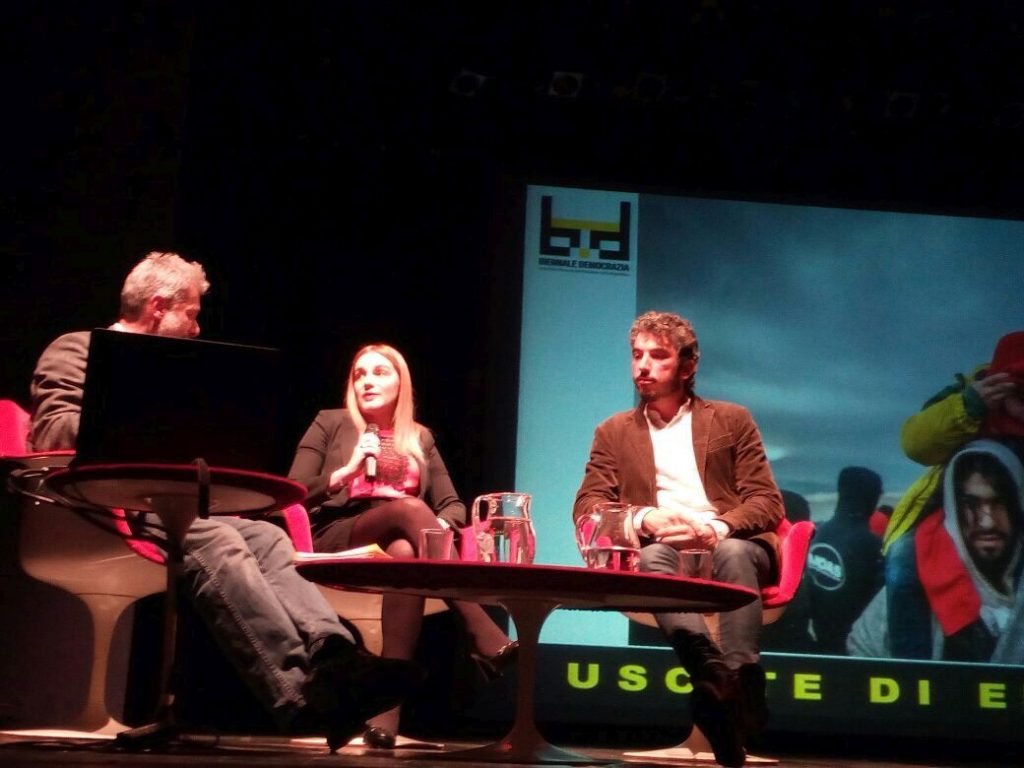 Gabriele Del Grande stressed the responsibility of European countries rejecting asylum seekers or people asking for humanitarian protection through official diplomatic channels. He said that if we compare the number of rejected asylum requests and the nationalities of those arriving, we will see equivalence between rejected requests and people forced to address smugglers and put their life at risk. “We are the same people who close the main door of our embassies and deny visas”, he said before encouraging everyone to look at the current situation as something we can change.

Another question concerned the future in Libya and the possibility to stabilize the country. I do hope that Libya will find a balance and create democratic conditions to rule the country. Its current instability makes every long-term action or plan impossible with no chance to handle migration flows departing from here in a more rational way.

Nevertheless, such a difficult scenario cannot become an excuse to let people die at sea. While I was there, my husband and the MOAS’ team on the Phoenix – who had sailed on April 1st – were reaching the SAR area.

At the end of our debate we gave the floor to those who wished to express their views from the audience. I was deeply moved by a woman telling her experience with a guy from Gambia who she had taken care of and whose request to renew his permit for humanitarian reasons was rejected.

This feels like a defeat for the woman herself and for us as a whole who are committed to rescuing lives at sea.

A similar situation could have been prevented through sponsorship programmes like those implemented by the Canadian government.

There is no easy solution to such a complex issue, but I do believe in civil society using everyone’s talents to face such a challenge. Moreover, we should never marginalize those who arrive in our country after these awful journey; we should never treat them as ghosts. We should look at them as resources for our society to integrate and value as much as possible.

Never underestimate the power of a smile, of a hug and a gentle word.

To know more about the Biennale, please click here.