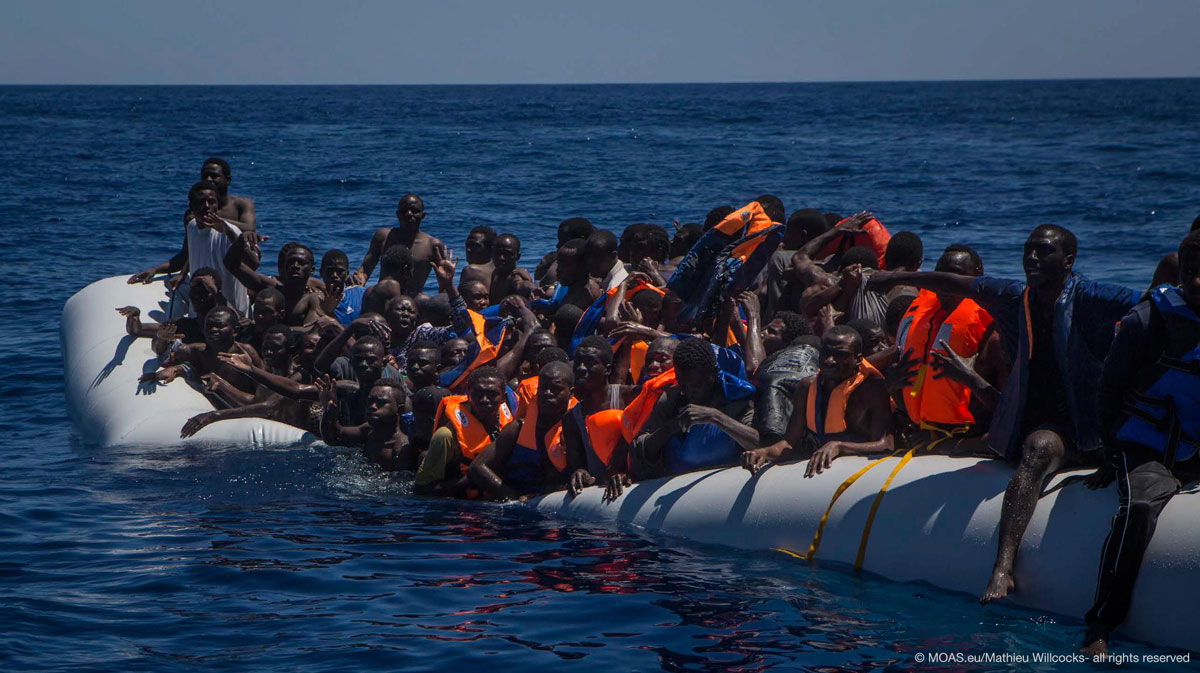 Posted at 16:11h in blog by admin
Reading Time: 5 minutes

“Europa no exit” workshop held by Caritas Italia in Rome

The workshop organised by Caritas Italia in Rome followed the Jubilee for Socially Excluded Persons opened by Pope Francis on November the 14th and was an important occasion to exchange ideas among more than 200 participants.

As MOAS co-founder/director, I was invited to share my experience on the sensitive, but controversial topic of migration. Since its inception, MOAS has saved tens of thousands of human lives thanks to its rescue missions at sea.

Having the opportunity to share the MOAS experience -both from a theoretical and operational perspective- I had the chance to express our commitment in a new direction, which has become ever more urgent: the opening of humanitarian corridors to provide people entitled to receive international protection with legal alternatives to the current lethal journeys.

Two years ago, my husband Christopher and I decided to put into practice Pope Francis’ words asking to mitigate the number of people dying in the Mediterranean Sea. At that time, we were aware that we didn’t have the solution to the current humanitarian crisis. While listening to Pope Francis urging everyone to do something AGAINST the “globalisation of indifference” we wanted to take action and to not be indifferent towards our brothers and sisters losing their lives at sea.

We had to do something.

We had the skills, the resources and the courage to start MOAS. In 2014 thanks to our family business, Tangiers Group, we purchased and refurbished our first vessel with the aim of saving lives at sea.

MOAS’ commitment has only increased over the last two years. Currently, we have two vessels –Phoenix and Responder– and since June 2016 we have worked alongside the Red Cross, who provide post-rescue care. The results of our search and rescue activities are astonishing. Up to now we have managed to rescue over 30,000 people.

30,000 people rescued from the mouth of a sea, our sea, which unites and divides peoples.

Still, despite the daily activities carried out by MOAS and those who followed our example, the Mediterranean Sea keeps on killing people and we are all responsible for this loss of human life. Despite our constant presence at sea, people still die and the smuggling machine continues to escalate.

Smugglers are aware of the lack of legal alternatives available to asylum seekers and they use this knowledge to profit from them, as witnessed by the unbearable escalation of horrors and human rights violations suffered by migrants.

Libya, a crossroad for migrants coming from different countries, is described as a massive detention camp where people are abused while the international community keeps silent. After being rescued, people tell our crew stories of torture, violence, rape and unbearable abuses. 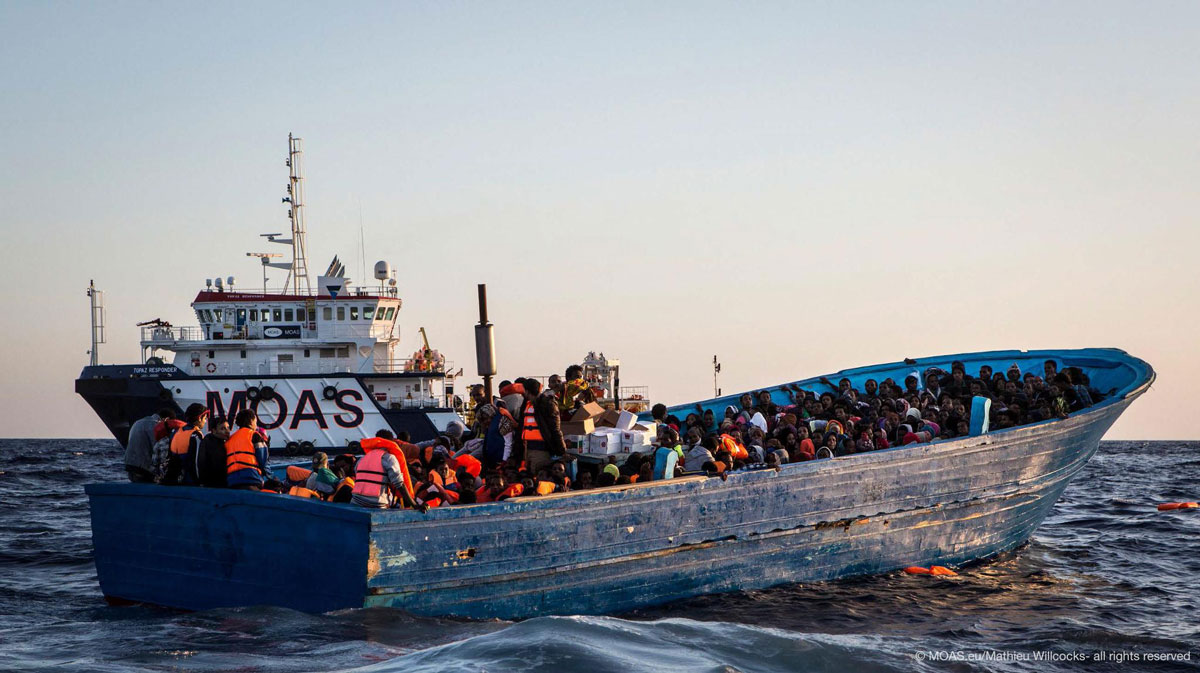 We all know that the ultimate solution implies local interventions aimed at restoring the rule of law and decent life conditions in the countries of origin. But we cannot just stand by while the life of vulnerable people is at stake despite their entitlement to receive international protection according to international law. So, we all have to take action in order to put into practice that same protection.

Humanitarian corridors with the support of sponsorship programs open legal ways to monitor and handle migratory flows. They would help in dismantling the criminal networks run by corrupt smugglers while enforcing the protection granted by international law which originates from the „need of ensuring basic human rights during war or armed conflicts”.

According to IOM, 3,940 people have died or disappeared till 30th October 2016 while trying to cross the Mediterranean. That’s 3,940 broken lives whose history will be always unknown to us. We won’t even have a grave where to bring a flower. These figures are not even exhaustive since we will never know the real extent of the current humanitarian catastrophe. Official figures do not include those who die while crossing the desert or those who are being detained in Libya without even starting the sea crossing.

Now is the right time to launch safe and legal alternatives to the lethal journeys, thanks to a tailored program of humanitarian visas, which would help in filling the current gap in the European asylum policy and would have the following features:

–definition of „vulnerable“ groups of people who would enter Europe legally and would include those fleeing armed conflicts, victims of persecutions or torture, families with children, elderly or ill people, persons with disabilities, victims of human trafficking as well as accidents at sea or on the land

-such a system would prevent an overload of bureaucratic work for the offices charged with screening asylum requests. Moreover, it would grant safety for EU Member States because they could evaluate people eligible for asylum in advance

-such a system would also fill the current gap in the European asylum policy and would pave the way to realise an efficient relocation policy which has been mentioned over the last decade by the European Commission. Both we as an NGO involved in SAR missions and the European institutions understand border controls do not stop migratory flows.

MOAS’ scheme for humanitarian visas follows an initiative carried out by the Italian Ministry of Foreign Affairs and of Domestic Affairs together with the Community of Sant’Egidio, the Fellowship of Evangelical Churches as well as the Waldensian Evangelical Church. Their initiative allowed the resettlement in Italy of 1000 migrants coming from Lebanon, Morocco and Ethiopia over two years.

Figures depict an undeniable reality that we cannot ignore. In a report from June 2016 UNHCR stated that by the end of 2015 there were 65.3 million displaced people in the world. This was the first time that the threshold of 60 million had been crossed. It means that 1 person in 113 is forcibly displaced and this figure increases by 24 persons each minute. But the most alarming figure refers to the 51% of global refugees in the world who are children and who have often lost or been separated from their family. These children are being denied the right to a decent childhood.

In light of the current data concerning casualties at sea, as well as of the massive extent of the ongoing humanitarian crisis -whose solution may occur in the long term- we need to take action in order to eradicate smuggling rings and the trafficking of people who need protection from war and extreme violence through a system of visas and humanitarian corridors. And we must do it now. 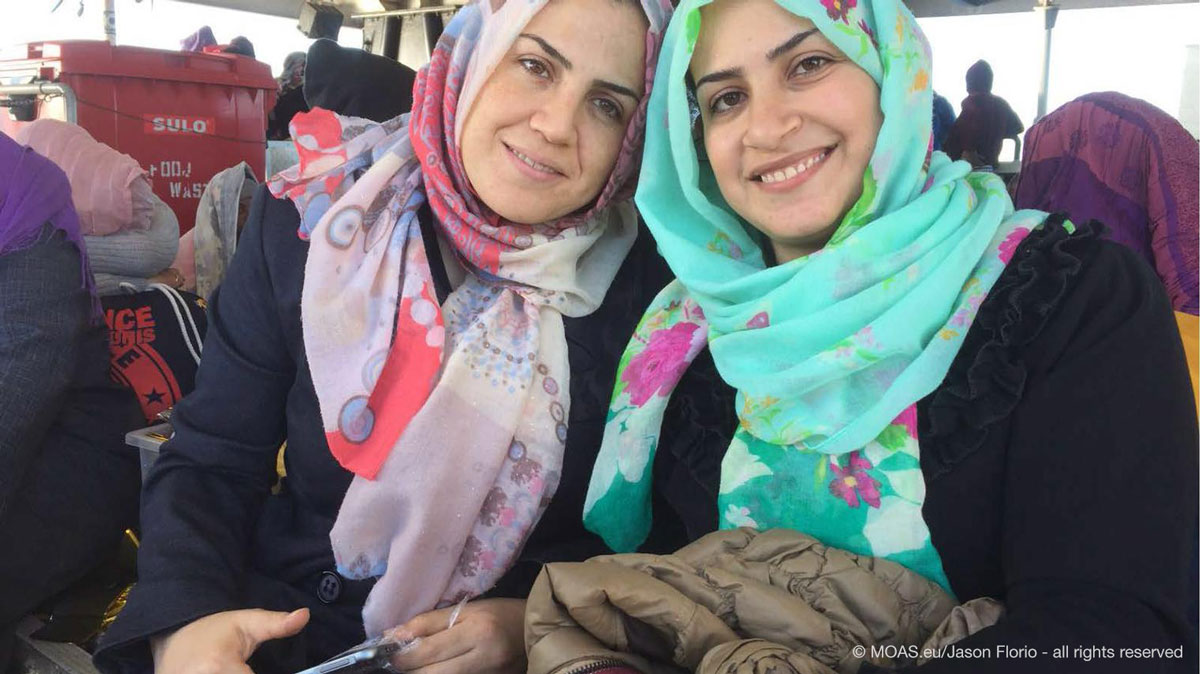