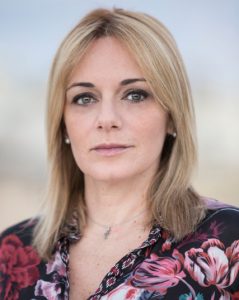 Born and raised in Southern Italy, Regina is the co-founder and director of the international NGO MOAS.

Inspired by the terrible shipwreck that took place off Lampedusa in 2013, Regina and her husband Christopher founded MOAS – Migrant Offshore Aid Station in 2014 to alleviate the unnecessary loss of lives at sea. Between 2014 and 2017, over 40,000 people were rescued during our SAR missions in the Mediterranean Sea.

Dedicated to mitigating the suffering of the world’s most vulnerable migrant and refugee communities, in 2017 MOAS redeployed its assets in Southeast Asia to react to the unparalleled Rohingya exodus into Bangladesh providing medical assistance to 90.000 people.

Since 2019 MOAS is focused on delivering specialist Flood and Water Safety training to volunteer both Rohingya and local host communities.

In the same year our activities were extended to Yemen, where ongoing conflict has led to devastating famine and desperate suffering for millions of civilians throughout the country, with the delivery of nutritional and pharmaceutical aid.

In 2020, as a result of the new challenges that have emerged in light of the COVID-19 pandemic, as well as the suspension of our ongoing flood and water safety training in Bangladesh, MOAS has decided to redirect resources to contribute to the COVID-19 emergency response in the region. Our pre-existing workshop have been turned from site intended for the manufacture of water safety equipment into a production hub for the manufacture of reusable, washable cotton face masks.

MOAS launched also a project in Malta where, thanks to the help of the island volunteers, masks are for refugees and asylum seekers living on the island.

Founding MOAS, the Catrambone family hoped that their humanitarian initiative would inspire others globally.

Regina strongly believes that entrepreneurs can play a relevant role in solving the current humanitarian crisis through innovation and creativity, with an eye on how to react in the most efficient way. The world needs courageous entrepreneurs who have both the resources and vision to face current challenges.