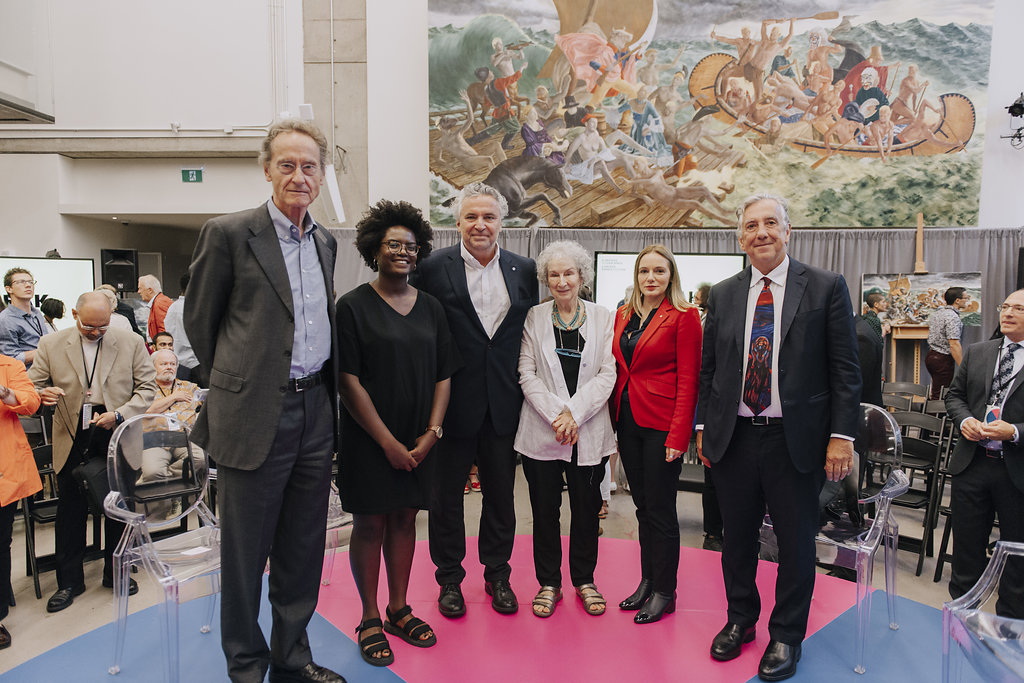 On September 25th I landed in Canada to take part in a 3-day immersive discussion and dialogue on a sensitive topic which affects everyone’s daily lives. Citizenship and inclusion are major aspects of a much bigger issue impacting us all day-to-day in various ways: migration. The founders of such valuable initiative – John Ralston Saul and the Rt. Hon. Adrienne Clarkson- were also actively involved during the 3-day discussion to bear witness to their commitment to building a better world and a shared future.

This was a great opportunity to listen to a speech given by Ms Sophie Trudeau, whose words impressed me greatly because we share the same vision. She highlighted that as we approach the current migration scenario at a global level, we have to go back to the roots of our empathy. On many occasions I have stressed the importance of empathy as a bridge connecting the universal human experience. For us at MOAS, empathy is rooted in our hearts and pushes us to constantly chose courage over fear, inaction and indifference.

An important ceremony was held on the first day in which people coming from different parts of the world were given Canadian citizenship. Official authorities, including Lieutenant Governor of Ontario Elisabeth Dowdeswell, thanked them for choosing Canada as their new country. As an Italian and European living in an area of growing populism and xenophobia, it was like taking a deep breath of freedom and democracy. “We all came from somewhere and today we begin as Canadians!” This beautiful statement was shared during ICC roundtable discussions, and was the best possible starting point for all of us. On that day, indigenous people were represented by Chief Stacey Laforme who reminded us that a crucial part of an inclusive society is giving a voice and paying attention to all its members. 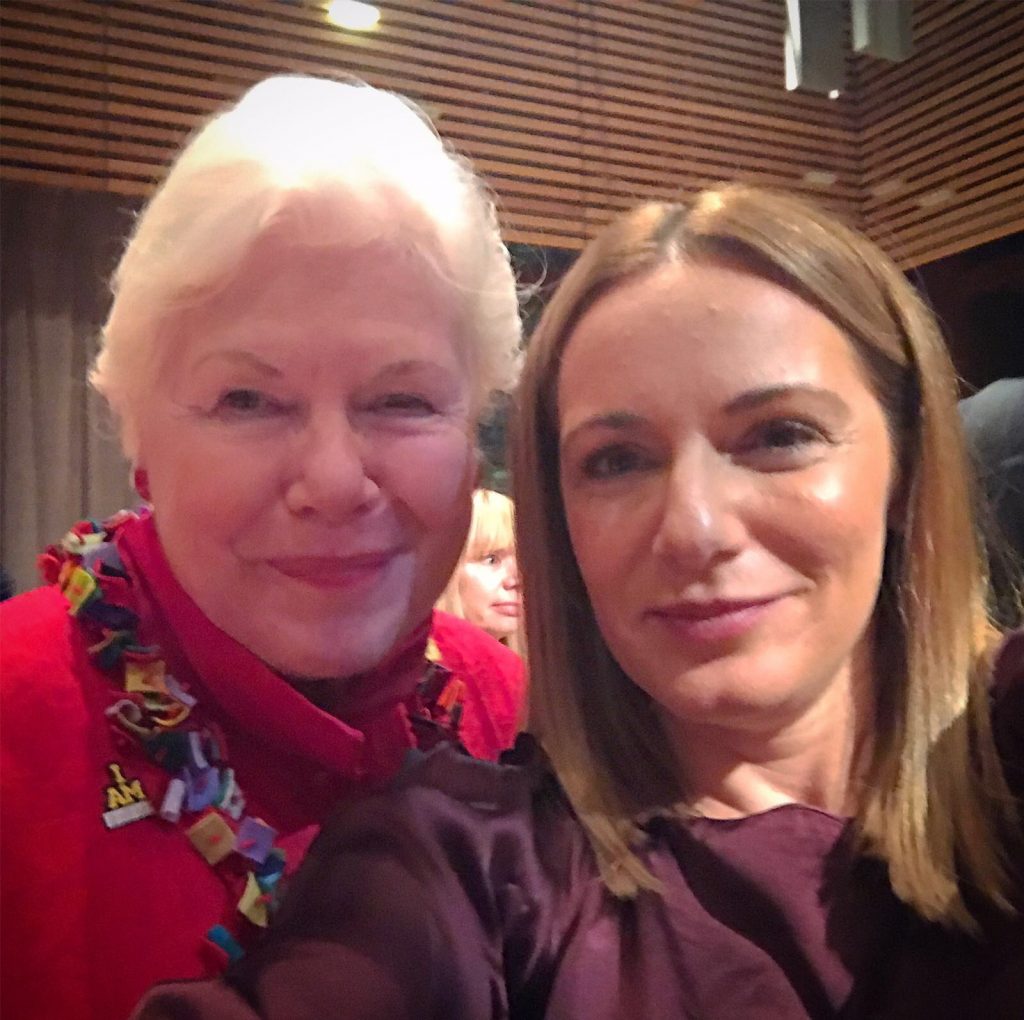 During the panel “WALLS”, it was my pleasure to represent MOAS and speak on behalf of many people who have no voice and risk their life to seek sanctuary. Other panelists contributed to a truly fruitful discussion: Margaret Atwood, Canadian award-winning poet and writer; Bernhard Schlink, German novelist; Robert Johnson, President of the Institute for New Economic Thinking; Reni Eddo-Lodge, award-winning journalist; and Charlie Foran, writer and CEO of the Institute for Canadian Citizenship.

To begin, we were all asked to define our understanding of ‘walls’, as well as to reflect on the way they impact people’s lives. Bernhard Schilnk, who lived in Germany when the Berlin wall still existed, opened the discussion and explained what it represented for him: a wall dividing lovers, families and friends, while causing great pain to innocent people. He recalled the huge joy when it fell down in November 1989: “It was like a spring of love between Easterners and Westerners, who could finally get together again”. Shortly after, Margaret Atwood took us back in time to World War II and the awful consequences of living in a police state controlling and limiting freedom. Reni Eddo-Lodge then observed that despite a general consensus that “walls are bad”, no adequate attention is given to invisible walls, which create a distance between us and the rest of the world. The same view was also expressed by Robert Johnson, who said “The most dangerous walls are the ones we are not aware of: they are inside of us”.

To MOAS, walls are not only bricks and wire fences, nor those physically dividing people, but can be invisible as well as fluid. A sea, a desert, a river can also become walls separating life and death. Nevertheless, the most difficult walls to overcome are those inside our minds and souls. Distance is not just a matter of geography, but also a matter of emotional connection and human empathy, which allows us to understand our universal brotherhood. Through empathy we access a shared dimension of humanity, uniting instead of dividing us.

We should question ourselves and ask how we will be judged by future generations for allowing people to drown or perish in overcrowded camps, where human rights are continually violated and abuse and violence are a daily routine.

How could we ever explain or justify our inaction and indifference when confronted with such human suffering?

Nobody decides to become a refugee or to leave their homeland to attempt a deadly journey unless they are desperate and hopeless. Building a better future is a process which should start as soon as possible and involve stakeholders and actors at all levels. There is not just one solution to such a sensitive issue, but it is essential to consider all relevant aspects, including the way we talk about migration. We must not stigmatize the word migrant any further. In this respect, journalists have a key role in shaping stories by preserving a human dimension and offering readers the clearest perspective to understand such dramatic and traumatic experiences.

Through our own examples, we can all contribute to mitigating the ongoing humanitarian crisis affecting an unprecedented number of people all over the world, and managing in a more rational way the “Human Flow” as represented by artist Ai Weiwei, who was also present and shared his own experiences in working to make the world a better place. 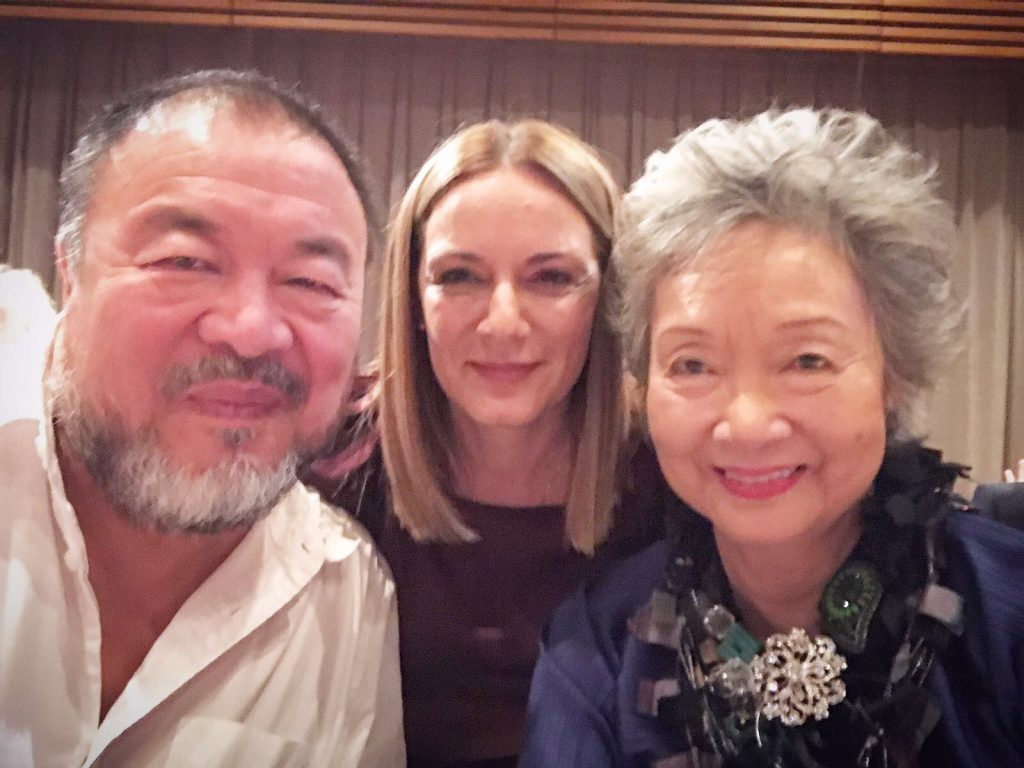