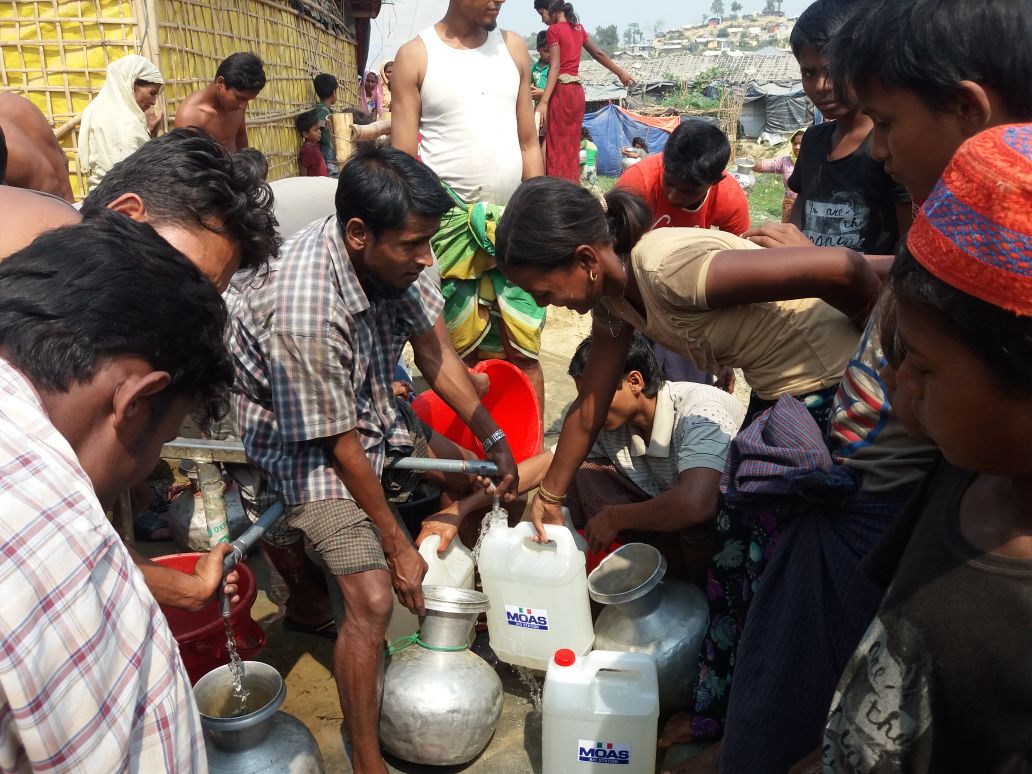 On March 22nd 2018 we celebrate the 25th anniversary of World Water Day, established by the United Nations to raise awareness about a responsible use of water resources and the dangers of water scarcity, which is a real threat to the lives of many. Every year since 1993, on this day there are events and activities to promote good practices and raise funds for this vital cause that is deeply connected to the SDG 6 (Sustainable Development Goal), whose aim is to “Ensure availability and sustainable management of water and sanitation for all” by 2030.

This year’s theme is especially important because it is related to Nature and the importance of maximising its resources to reverse the negative effects of pollution and climate change. The 2018 campaign is called “The answer is in Nature” and aims to highlight all the instruments provided by nature to protect the environment. Its main focus is on nature-based solutions which are explained in the final report, where they are described as follows: “The defining feature of an NBS is, therefore, not whether an ecosystem used is ‘natural’ but whether natural processes are being proactively managed to achieve a water-related objective”.

According to official data, 2.1 million people have no access to safe drinking water, by 2050 global water demand will be 30% higher due to the growth of the world’s population, drinking water accounts for less than 1% of global water consumption and in 2050 there could be up to three billion people living in water-scarce areas (at present there are less than two billion). But, as usual, it is necessary to go beyond figures and percentages to understand the real meaning of this scenario. 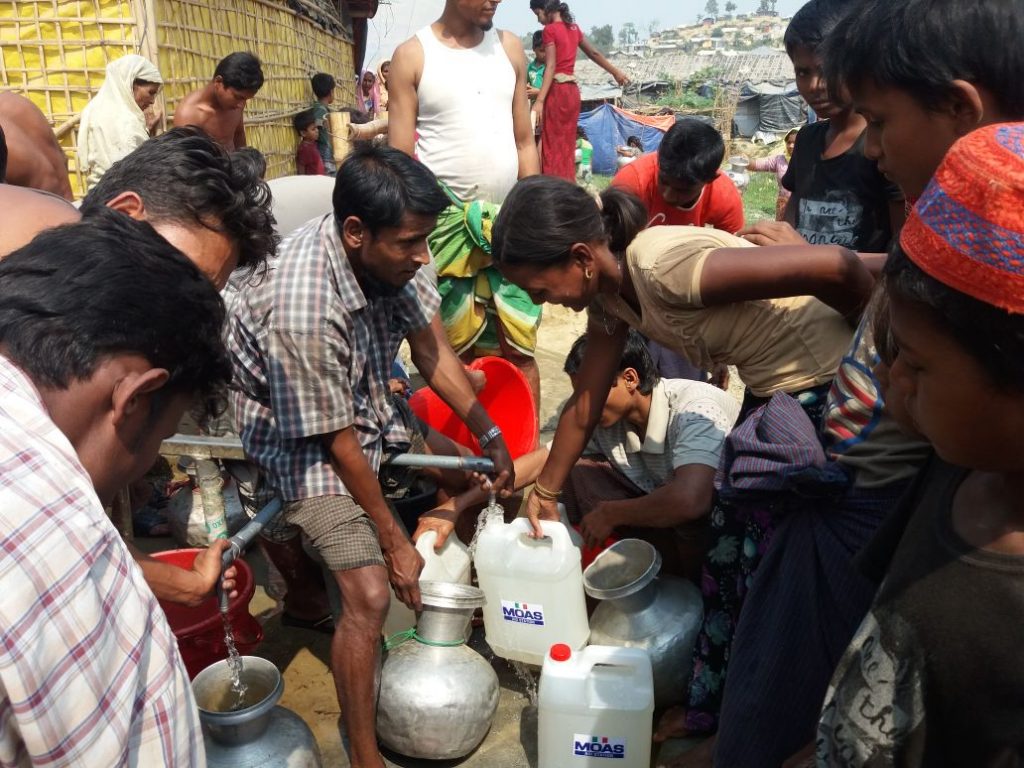 Water collection in a Rohingya refugee camp in Bangladesh, where MOAS is bringing medical assistance and humanitarian aid

Our body is mainly made up of water, which plays a vital role. Nevertheless, water can kill. A lack of water can be fatal because it triggers drought, famine and soil degradation, yet vessels may capsize at sea or monsoons may cause severe flooding in deforested and overcrowded areas. In the Mediterranean and Aegean Sea during our previous MOAS’ missions, as well as in Rohingya makeshift settlements and refugee camps in Bangladesh, I have had the chance to experience the tragic ambivalence of water, which is at the same time source of and threat to life, both when it is too little and when it is too much.

Great attention is currently devoted to water in Bangladesh, where MOAS is leading a mission to provide medical assistance and humanitarian aid to a lower-middle income country which is frequently hit by extreme weather events. Moreover, since last August 25th there has been an unprecedented exodus and more than 671,000 Rohingya people have crossed the border from Myanmar, posing enormous challenges both to food resources and to healthcare systems. In spite of its limited resources, Bangladesh has never decided to close national borders, but shared its land and heart with the most vulnerable individuals. Between mid-October and the end of February, our two MOAS Aid Stations in Shamlapur and Unchiprang have assisted more than 46,000 people, of which 41% children and 43% women. We have also participated in vaccination campaigns under the guidance of WHO and the Bangladeshi government, as well as volunteered both our nurses and primary health centres to ensure the best possible coverage for those living in surrounding camps and settlements.

MOAS is currently working hard on enhancing our preparedness for the cyclone season, since it is expected to be especially lethal, with monsoons set to cause further damage when they start in May. Both the intensity and the scale of recent arrivals have forced people to settle wherever they could find some space, cutting down trees or building shelters on unstable ground. There is a severe risk of landslides and flooding due to intense rain, which could submerge large areas and impede patient transport services, as well as provision and distribution of medicines to those in need. MOAS is also playing a major role in coordinating a Flood Preparedness Task Force, which will support health agencies through specific training, in order to ensure regular access to and provision of health services during the monsoon/cyclone season.

2018 World Water Day is essential both to promote a rational management of water resources and as a reflection on the ambivalence of water, which poses challenges and creates opportunities, just as migration does. As previously stated about migration, on World Water Day we must look at existing instruments and solutions: International Law provides effective instruments to enter host countries in a safe and legal way, while nature already contains valid means to protect the Earth and its inhabitants. What we strongly need today is the courage and determination to use them. 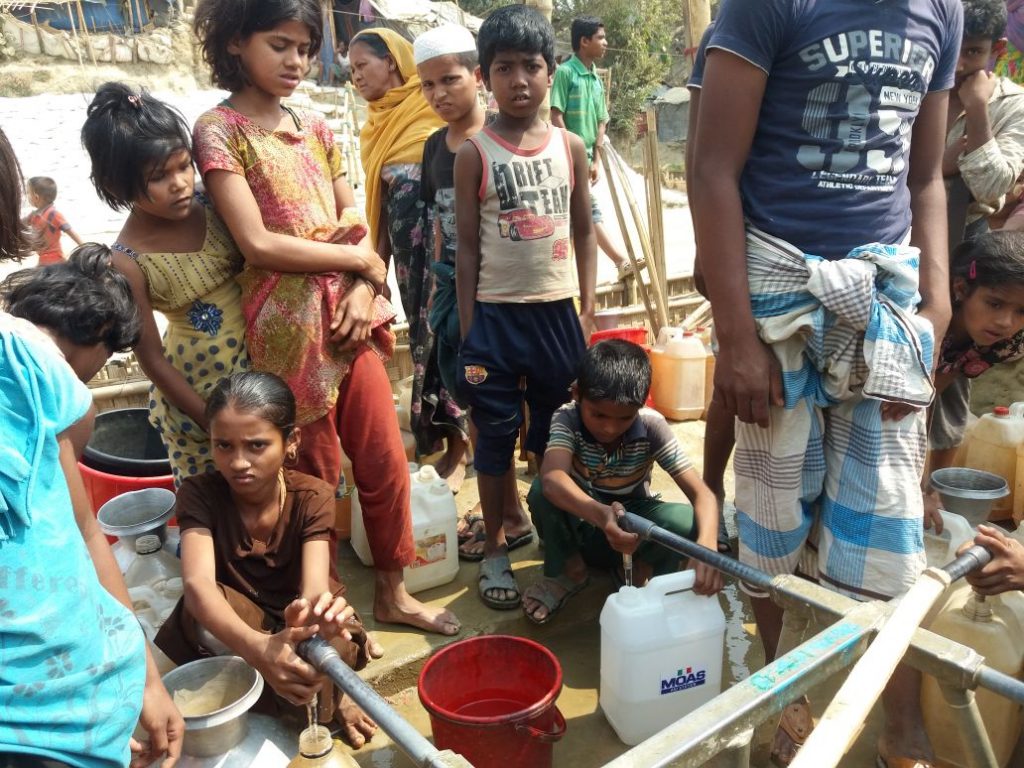 *This article was originally published in Italian by HuffPost Italia