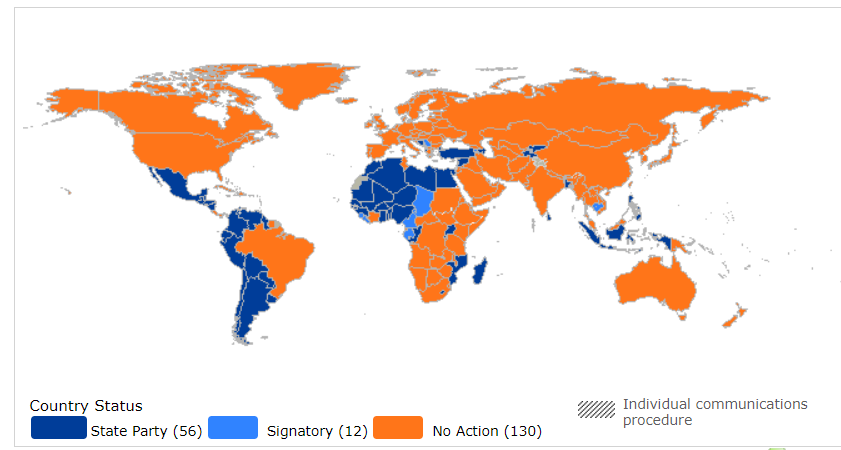 On 18th December, we celebrate the World Day of Migrants proclaimed by the General Assembly of the United Nations with Resolution 55/93. The day reflects the approval of the International Convention on the Protection of the Rights of All Migrant Workers and Members of their families, which occurred 18th December 1990.

In 1972, 28 workers from Mali, Africa, were killed when their transport truck crashed in the Mont Blanc Tunnel. The workers had been crammed inside the truck attempting to reach France, no-one survived the crash. While this tragedy was nearly 50 years ago, we are still today bearing witness to such tragedies as people attempt to reach safety, which is made extremely difficult by a lack of safe and legal pathways.

At the time, the incident generated widespread media coverage and the United Nations Economic and Social Council (ECOSOC) adopted a resolution calling on the Commission on Human Rights to tackle the problem of migrant workers. It was not until 1990 that the Convention for the Protection of the Rights of All Migrant Workers and Members of Their Families was reached, and it didn’t come into force until 2003 following Guatemala’s ratification. The Convention today has only 56 signatories out of 195 countries in the world, and these are largely countries of origin in terms of migration flows.

Unfortunately, the countries of West Europe, North America, Australia, the Arab countries of the Persian Gulf, India and South Africa, have not yet signed it. This is a very serious shortcoming as the aims to ensure that migrant workers are treated equally and with the same working conditions as the citizens of the acceding State to the Convention. This is a minimum level of protection combining respect for fundamental human rights and the rights of migrant workers.

The Convention is also devoted to combating the trafficking of illegal workers, including the falsification of documents that facilities irregular migration, by introducing sanctions to combat traffickers and employers who illegally employ migrant workers.

The USA, UK and Malta have not signed this Convention, as well as almost all European and Western States , and the exploitation of migrant workers and illegal hiring is rife and growing across many industries. Due structural inequalities, strict controls on the labor market and a lack of protection for those exploited in the industries, many workers are forced to suffer undignified treatment and grueling shifts for wages below the minimum threshold. Men and women subjected to pseudo-slavery regimes, physically and psychologically harassed by their employers, without the possibility of having the right to access amnesty.

Yet, the labor contribution of migrants is now indispensable and will be increasingly so in the coming years. We should ensure that such contributions to our society are met with a guarantee of protected rights and inclusive attitudes towards migrants. For this reason, today more than ever, it is necessary that all Western States adopt the principles and guarantees introduced by the International Convention on the Protection of the Rights of All Migrant Workers and Members of Their Families, recognizing the equal treatment of every worker and the importance of the cultural exchange.