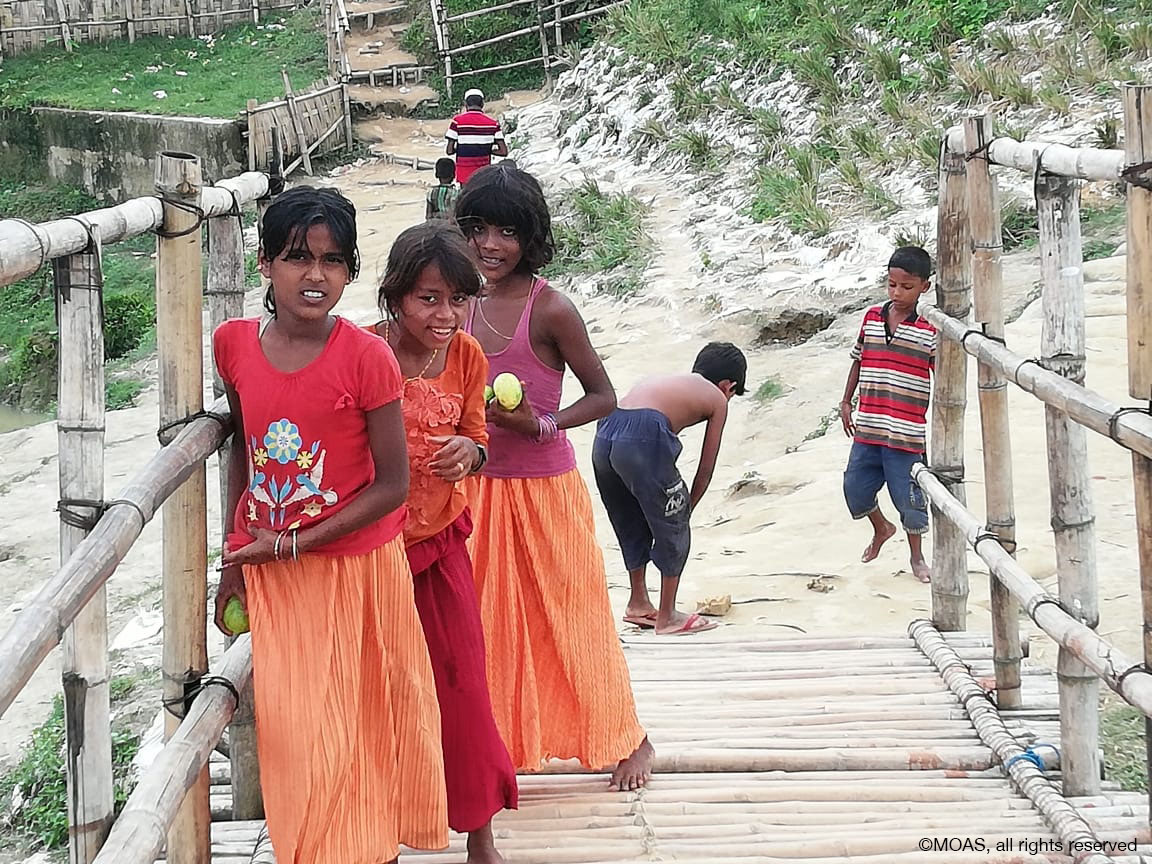 Nur Begum is around nine years old and lives in Balukhali camp, Bangladesh. She lives amongst thousands of Rohingya who fled Myanmar after the latest crackdown by official authorities. She met our team in Unchiprang on the last day of Eid, a special day for Muslims. On that day, the little girl finally got the chance to hug her two best friends for the first time after months.

After fleeing Myanmar, the three little girls were separated and had no idea if they would have ever met again. Now, they are together, they smile and hold some lemons to share.

They tell our team stories of violence, fear and desperate journeys to seek sanctuary. Like every girl of their age, they were very sad about the distance separating them. They are aware of being among the most persecuted people on earth, but they wonder why this is happening to them. They ask why they can’t play together like they used to do in Myanmar.

The plight of Rohingya people is a painful wound for the international community, unable to stop an unfair persecution against them, that has lasted decades.

The UN Fact-checking mission on the ground recently confirmed allegations that were quite evident from the beginning. Rohingya people were victims of ethnic cleansing, genocide, war crimes and crimes against humanity. For this, justice has to be restored together with their dignity, and this historically persecuted minority has to be respected.

However, there is no justice that can compensate for the lost childhood of girls like Nur Begum, who were deeply traumatised. No justice will erase the fear and terror experienced by many children in overcrowded camps. Human beings should come before politics, laws and religions. They usually pay the highest price of violence. Civilians find themselves trapped between political strategies, racial hatred and civil wars that destroy their lives and take years to restore them.