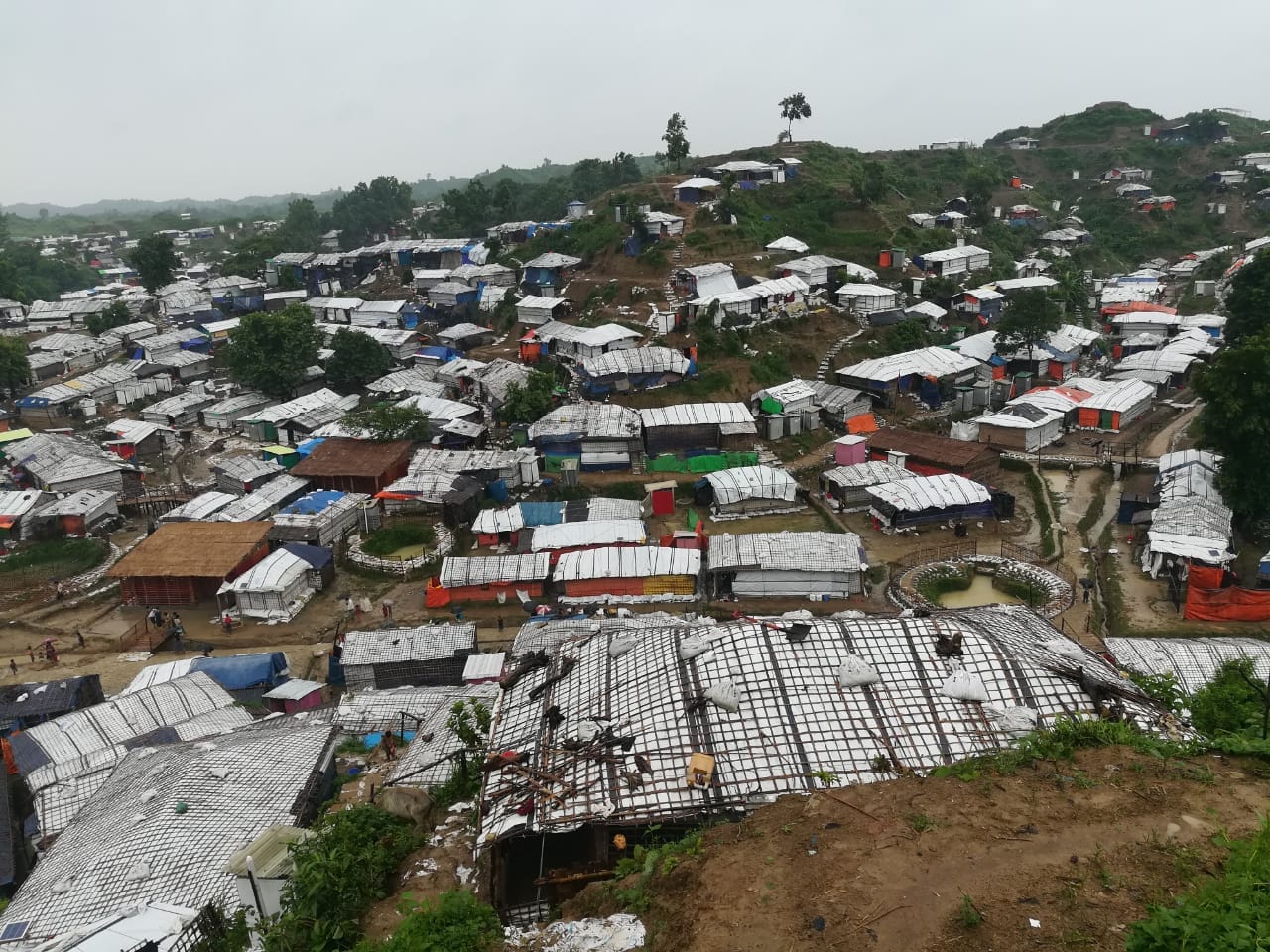 10 Aug 2018 Update from Rohingya refugee camps in Bangladesh: a rush against time to save human lives

Reya is 18, is part of the local community and came to the MOAS Aid Station in Shamlapur for a sore throat. Here, she was diagnosed with acute tonsillitis and prescribed medicines that she later received for free from our pharmacy. Among MOAS patients, 41% are adult women, and 43% are children, and some are toddler. Many of the recorded illnesses we treat are caused by precarious hygiene, further worsened by the monsoon season with its continuous torrential rains washing away the facilities created to respond to the massive arrival of Rohingya refugees.

Between July 5th-10th, 222mm rain were recorded in Bangladesh. In some cases rains have continued for days and caused extensive damage. The latest OCHA weekly report stresses that on July 25th, an unprecedented 463mm rain were recorded with a devastating impact. More than 4,400 refugees in Cox’s Bazar region were consequently affected by torrential rains on that day, including at least 3,000 people affected by landslides, 700 by floods and 510 by water logging. In May alone, more than 49,000 people were affected by monsoon rains and around 6,000 became displaced.

In this scenario, MOAS teams face great challenges every day and work in a very dynamic and ever-changing environment. Over the last days, due to torrential and uninterrupted rains, four MOAS team members created a drop-in centre close to a bridge near Shamlapur refugee camp and visited 90 patients. Among them, 10 had to be operated on and 10 were referred to a MOAS Aid Station for further checks and treatment. In the volatile and unstable context of Rohingya camps and settlements, climate is a real and devastating threat, whose main victims are the most vulnerable individuals. On July 25th, in Shamlapur and Unchiprang, 24 and 19 families, respectively, became displaced, and many common areas were devoted to temporary shelters. In Cox’s Bazar city, 5 victims including 4 children, were reported. All learning activities were suspended for two days, and MOAS however did not close their doors. The following day, in Unchiprang, a 18-month baby was found dead inside the camp. 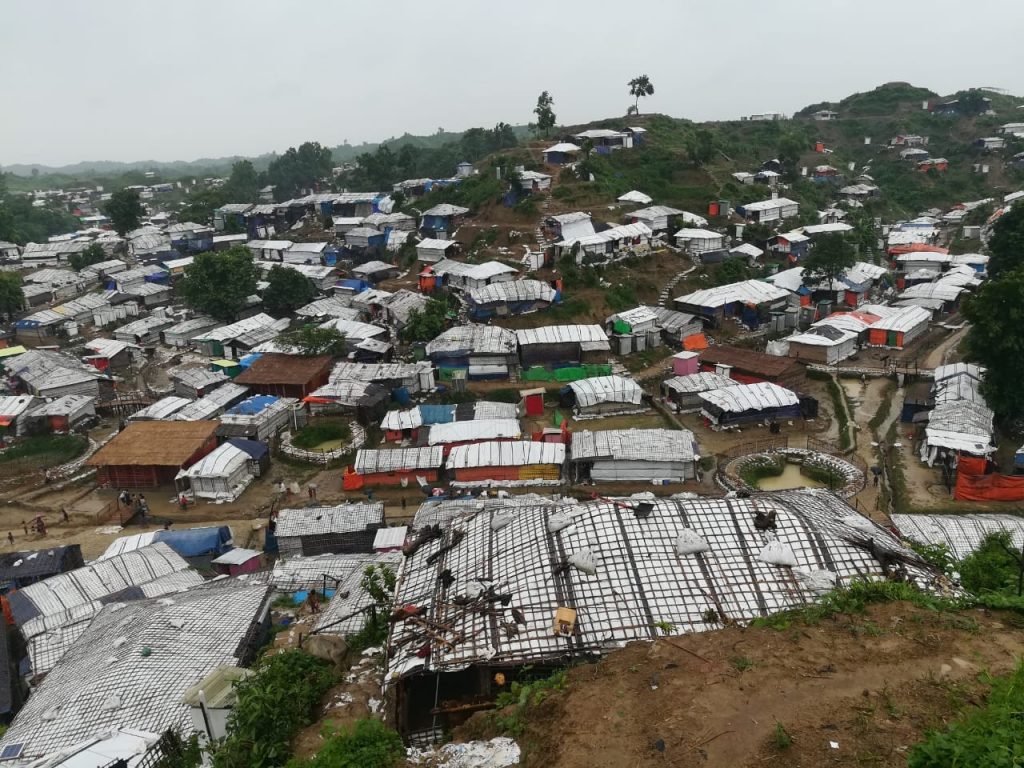 Children are especially exposed to the danger of contagious skin infections, diarrhea and cold. Abscesses are also quite frequent, as seen with Asyia (3) who came to Shamlapur Aid Station with her 25 year old mother to be operated on and receive medicines. Runa is just 18 months and she has a fungal infection. Her mother received everything necessary to give her the best therapy possible. Nine-month-old Atika was diagnosed with the same condition. Ismot is 7. She arrived with her mother and was immediately diagnosed with mumps. Rafi (1) had an infection and was given the right treatment. These are just some examples of MOAS’ daily work at our Aid Stations where our medical staff take care of vulnerable people who -often- have never received any healthcare assistance. In some cases, the life of these people is really at stake, and operating in such dangerous and volatile scenarios is also an act of humanity.

This September marks the first anniversary of MOAS’ mission in Southeast Asia, and October, the first opening of our first Aid Station in Shamlapur. On that occasion, we will reflect on a difficult, but fundamental, year for our organisation, which is committed to mitigating the suffering of the world’s most vulnerable migrant and refugee communities.

1.3 million individuals are currently in urgent need of aid, almost 920,000 Rohingya are living in Cox’s Bazar, and among them 600,000 are packed into the Kutupalong/Balukhali extension site, the ‘Mega Camp’. In light of these figures, it is easy to understand how crucial the role played by the existing 33 medical centres is. Among them, MOAS’ two Aid Stations who also served as vaccination centres under the guidance of WHO and the Bangladeshi government.

Unfortunately, the response of the international community to this dramatic humanitarian crisis is to turn a blind eye, confirm its short-sightedness and ignore all the calls to action and to raise funds. According to the 2018 Joint Response Plan estimates, $951 million are necessary to cover all sectors and related activities, but today only 27% of the funds were raised. Health is the second less financed sector with a total coverage of barely 12%. As recently stated by MOAS, the lack of funds to support an effective response to the Rohingya crisis and the monsoon/cyclone season further demonstrates the international egoism and indifference of the international community, that deliberately prevents a part of world’s population from enjoying basic rights such as the right to health and education, and denies the chance of a peaceful future to entire generations.

What does the lack of funds mean for those whose daily work to support local and Rohingya communities in Bangladesh? It means that you have to overcome many more obstacles for an undeniable lack of resources to serve thousands of children, women and men. It means that you don’t simply carry on material tasks, but also live in a constant straggle to reach whoever needs your assistance, because you don’t have enough money. It means that you keep on asking yourself if you have enough medicines to treat every patient.

So, once again, we call on MOAS’ big family of donors and supporters from all over the world to take action and help the most vulnerable, as well as to donate to help us to assist those in need.

Help us to keep hope alive in one of the world’s most persecuted minorities.